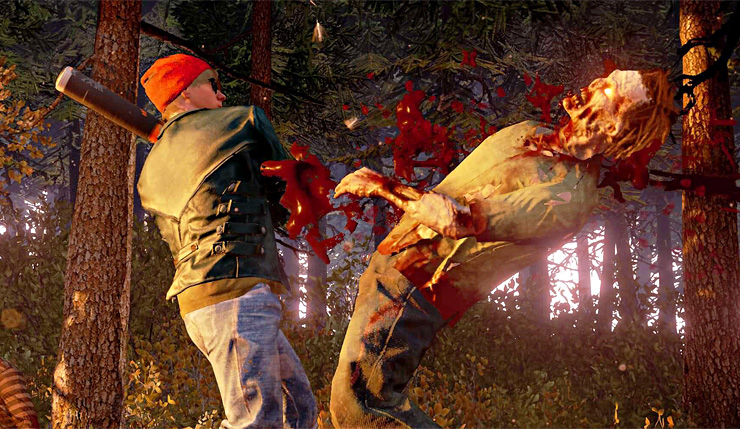 The State of Decay 2 Steam page is up and developer Undead Labs has confirmed that the sequel is arriving on Valve’s platform in early 2020.

Released last year for Xbox One and Windows 10 PC, Undead Labs’ sequel to the zombie-apocalypse will also be releasing on Steam, the developer has confirmed. According to the new Steam listing, State of Decay 2 is releasing on March 31. An interesting tidbit might be that Undead Labs suggests to keep an eye on the game’s Steam page as “wild surprises” are said to be inbound.

Fans were already speculating about the game's release on Steam since the original State of Decay is also available on Valve's digital platform.

“Undead Labs is proud to present our best-ever vision of the zombie apocalypse, coming to Steam in early 2020”, the developer writes. “Keep your eyes peeled and your weapons ready, and don't forget to Follow this page, because there are some wild surprises in the coming months. This is one apocalypse you won't want to miss.”

The Apocalypse is Here. How Will You Survive?

State of Decay 2 is an open-world survival-fantasy game for you and up to 3 co-op friends. After a zombie apocalypse, your small group of survivors seek to rebuild a small corner of civilization, and you get to make all the decisions about how that happens.

You decide who to recruit to your team, where to settle your community, how to fortify and upgrade your base, and when it’s time to move to greener pastures. You select which survivor to bring along on a scavenging run for the food and ammo you need, and who you’ll use to fight off the zombies attacking your base. You choose how you’ll deal with other people who move into your town. Will you be friendly and welcoming... or will you aggressively defend your territory?

Every player’s experience in the game is unique. Each character in your community has their own special set of skills and traits, so no two communities are ever the same. The challenges you face also vary from game to game, based on who you recruit and the decisions you make along the way.

State of Decay 2 is available globally now for Xbox One and PC.