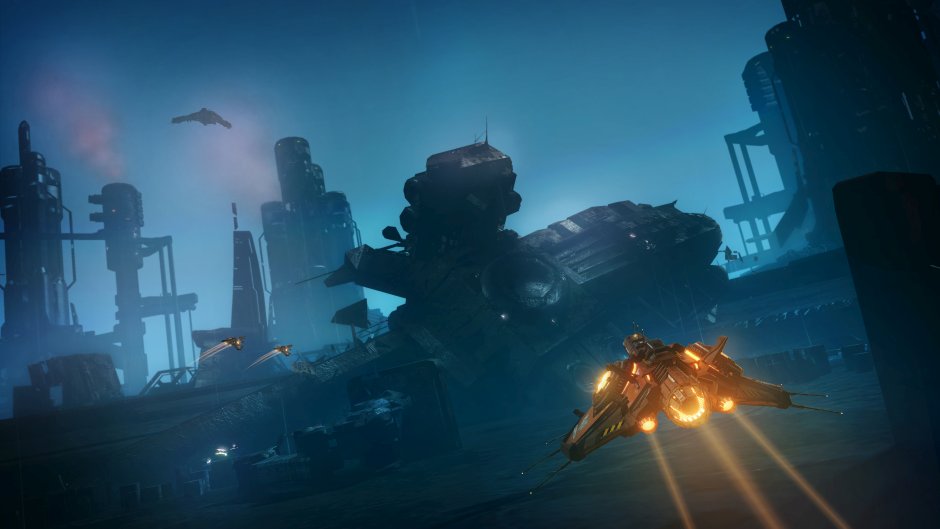 Indie developers often experiment with different genres, settings and IPs before finding their own niches. That was not the case with Croatian studio Little Green Men Games, which was quickly able to find a dedicated player base for Starpoint Gemini, their RPG/space simulation game.

After a direct sequel (and several DLCs), Little Green Men Games decided to add 4X elements to the previous formula in Warlords, the third installment. Released last year on PC, Starpoint Gemini Warlords is now about to launch on Microsoft's console, Xbox One, and we took the opportunity to speak with CEO Mario Mihokovic on this upcoming version and the future of the IP.

Do you feel you have realized your original vision for this game? Did you learn anything in particular while developing Starpoint Gemini Warlords?

Well, our original vision was very complex, and the final product was eventually, due to thousands of player suggestions during Early Access, a little bit different than originally imagined. Still, the main focus was to merge direct combat game with strategic 4X elements, and I really feel we did it rather well. No one has ever tried something like that, and in some moments we also felt we were trying to make the impossible. But, the game is here and it is enjoyable though complex, so we are quite happy with the result. I will also admit there are still things that can be further improved, so we are continuing to add stuff, refine controls and make numerous tweaks.

As for this development cycle as a learning experience – oh definitely! The most important lesson from Warlords is – don't try to merge three or more genres. You might actually succeed, but you're in a world of pain and stress!

Do you see yourselves continuing to expand the Starpoint Gemini franchise, or perhaps you'd like to try something else eventually?

The Starpoint Gemini saga isn't over. That one is for sure. It was initially supposed to be a trilogy, and Warlords is the third installment, but in terms of different gameplay and new concept. The story itself still has one important chapter to tell... The biggest of all so far.
We also always wanted to make more different games. So many ideas exist, and we also crave to test ourselves in something different. Remember, Starpoint Gemini is now a decade old franchise, and doing something for ten years nonstop can get to you... At some point, we will definitely pursue something new, but at the same time Starpoint must get a grand finale. The timeline itself, what will be first and what will be our longer-term plan depends on many circumstances, and not all are in our hands...

Recent Steam reviews are 'mixed'. Would you like to address this user feedback in any way?

We are dancing from positive to mixed in recent reviews and that is something that requires our reaction for sure. We are trying to implement as many community ideas as we can in every update and patch, and sometimes these ideas are more or less accepted. That is clearly visible on reviews. Another problem is that we try to offer as frequent updates as possible, and with these updates we usually add some features as well. This pace of changes sometimes causes technical bugs that slip into live versions, and that also annoys players. And for that part, we have only
ourselves to blame. We always want to add more and add faster, and that strategy backfires sometimes. The only solution we can think of is to continue with updates and improvements and try to communicate with players what exactly we are trying to achieve.

You have teased on the Steam forums that additional content is coming to Starpoint Gemini Warlords - can you share more details on that?

If I say anything, my life isn't safe anymore! Just kidding, I can offer one standard politically blurred statement – size does matter. Map size matters even more...

When is the game going to launch on Xbox One? Will there be support for the Xbox One X hardware and if so, can you share the full technical specs (native resolution, frame rate, graphics settings etc.)?

The game will launch on Xbox One in a few weeks time, the official date is to be announced this Friday, but it will be the first half of February. Xbox One X support is very likely, but since we only recently obtained X consoles, testing is still in progress.
The worst case scenario is that XBox One X support will come soon after release with some additional features. So far, the game has been tested and certified for Xbox One and Xbox One S. Full specs will also be confirmed at that time, but one thing we will support is 4K resolution.

Is there a particular reason for you to pick Xbox One over Sony's PlayStation 4? What are the odds to see Starpoint Gemini Warlords on PS4 too?

Oh yes – we have a very particular reason. Starpoint Gemini Warlords is created in our own game engine, and that engine is rather friendly with the Xbox One and PC platforms, but PlayStation 4 is its nemesis. We made some tests and using our engine to port the game to PS4 would take a very long time so we might die before it is ready… Seriously, it would be doable but the path would really be very long and very expensive. So, despite our willingness to adopt Sony platform as well, we made our life in this matter very complicated. That said, our future games will use different engines and that should enable us to add PS4 to our markets as well.

Did you update the engine to allow for HDR (High Dynamic Range) display support? If not, do you plan to do it for your next game?

As of yet, our engine still doesn't support HDR. Our next game will not use our in-house engine, so support will depend on the engine we'll use. Do we want to support it in the next title? Heck yea!

Similarly, are you evaluating whether to add DirectX 12 and/or Vulkan API support for future games?

I can provide a similar answer to this question. We have created and supported our engine for the last 12 years, and we love our engine but iterating it from project to project takes many months, so this time we will try a different approach and use a third party engine and use additional time in development itself. And, since Unreal Engine 4 is our most probable choice, we certainly plan to squeeze everything out of it.