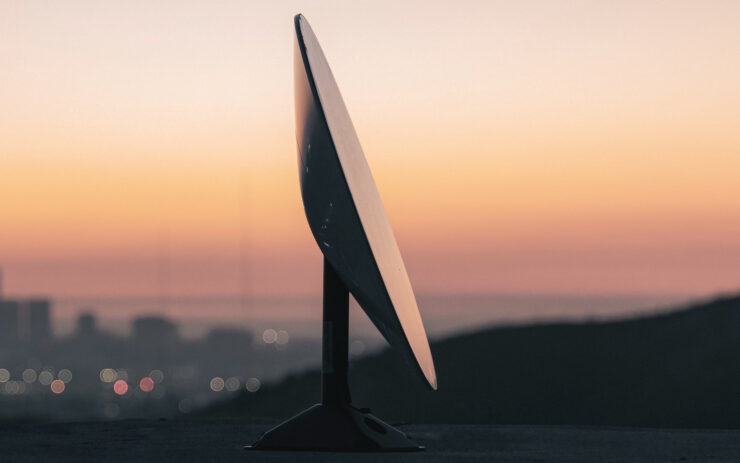 A teardown of SpaceX's consumer terminal for its Starlink internet constellation has revealed a shared supplier with Cupertino tech giant Apple Inc. The terminals, which SpaceX has dubbed 'Dishy Mcflatface, are used by the service's users for connecting to the Starlink satellites in orbit, which then, in turn, relay the user data to SpaceX's ground stations for communication with internet servers.

The analysis, conducted by Kenneth Keiter on YouTube, reveals that the terminals have their own application processor and radio front end units - both of which have been manufactured by the Swiss electronics and semiconductor manufacturer STMicroelectronics, who is also known for supplying components to Apple for the latter's iPhones and iPads.

SpaceX Uses Components From STMicroelectronics In Its Starlink Satellite Dish

The two components identified by Keiter are designed to run the satellite dish's software and make its antennas generate the right signals to communicate with the orbiting satellites. STM markets its microprocessors dubbed MPU, which were launched in 2019, as being based on a 32 bit Arm Cortex A-series core and a Cortex M4 core that is designed specifically for digital signal control applications.

This A-series core is the Arm Cortex A7 core launched in 2011. STM currently lists twelve MPUs based on the core for sale, with both single and dual-core options with 800MHz and 650MHz frequencies. Out of these twelve, it's likely that SpaceX is using derivates of either the STM32MP151A/C or STM32MP153A/C, with the A and C variants being different due to their support for hardware-based cryptography. The reasoning behind this conclusion, which is solely our own, is that the other products have 3D Graphics Processing Units and higher operating temperatures than the Starlink dish.

The difference between the MP153 and MP151 lineup is that the former features the CAN FD (Controller Area Network Flexible Data-Rate) data communication protocol. Since CAN FD was developed for and is primarily used in automotives, it's likely that SpaceX is using a variant of the MP151 lineup. However what is clear is that the application processor found inside the Starlink dish is a custom variant designed specifically for SpaceX. Package labeling for the STM32 lineup is vastly different than what has been uncovered in the teardown, with the top line denoting the product name.

Additionally, it's also extremely possible that the satellite dish does not have cryptography enabled, since Dishy's processor titled 'GLLCCOCA6BF' might reflect this reality. For the STM32 lineup of processors, the letter we've emphasized in bold in the previous sentence denotes crypto support, with 'C' signifying this feature. Yet, since the STM32 processors use a 14-alphabet package processor labeling (unlike the Starlink AP which has 11 characters), so it's equally likely that we've got this wrong.

What is also clear is that this 'processor' - if Kenneth is right and it really is one, is designed specifically to determine location. This conjecture is based on the first three alphabets in its name, which are generally used to classify products that work with geographic longitude and latitude (GLL). 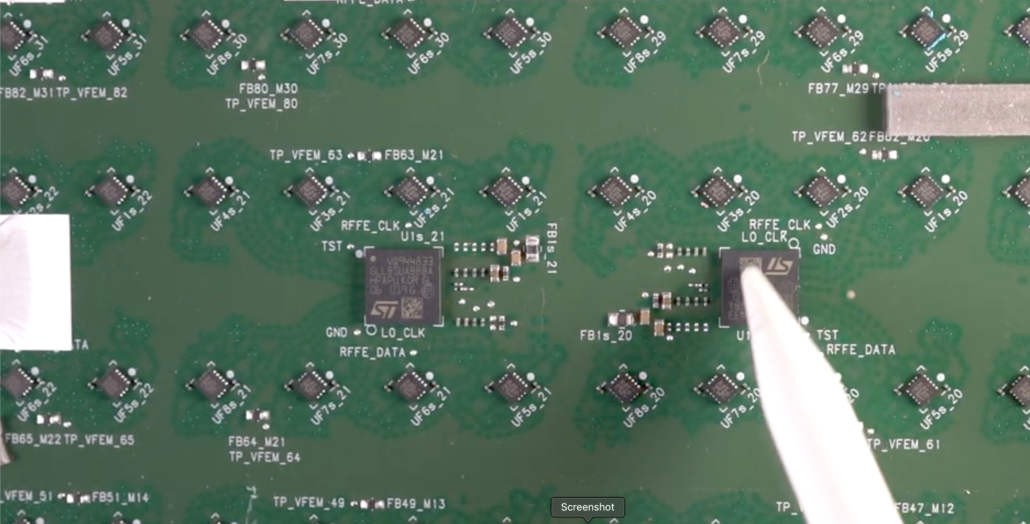 SpaceX Is Selling Starlink User Terminals At Roughly One-Fifth Of The Cost, Absorbing Huge Losses In The Process

These user terminals aren't cheap to manufacture either. SpaceX, which sold them to first-stage Starlink beta user for $499 in a package complete with a WiFi router and a mounting tripod, is absorbing roughly four times this amount itself if a report from BusinessInsider that surfaced yesterday is correct.

In this report, Dave Mosher cites an insider to share details of SpaceX's manufacturing agreement with STMicroelectronics. According to the details, the company might have paid as much as $2.4 billion to the terminal manufacturer for manufacturing 1 million of the Starlink dishes.

Dishy's per-unit price has been set at ~$2,400 according to the insider, and if true, then it will be quite some time before SpaceX LLC (SpaceX Corp.'s Starlink subsidiary) turns a positive bottom line profit. The loss that SpaceX is bearing due to these terminals will be accounted for through the operating profit that the company generates via the service, and given that the cost of launching a batch of 60 satellites is roughly $15 million according to statements made by Elon Musk in May, SpaceX is already stretched out when it comes to racking up costs.

SpaceX's incentive of partnering up with STM for Dishy included the latter's offer of absorbing capital expenditure for production, insinuate statements made by Mosher's source. SpaceX had also intended to make the terminals itself late last year believes the source, but whether it still intends to do so is unclear. Looking at the user terminal costs, it's likely that a significant manufacturing investment deterred the company from moving forward with this plan.