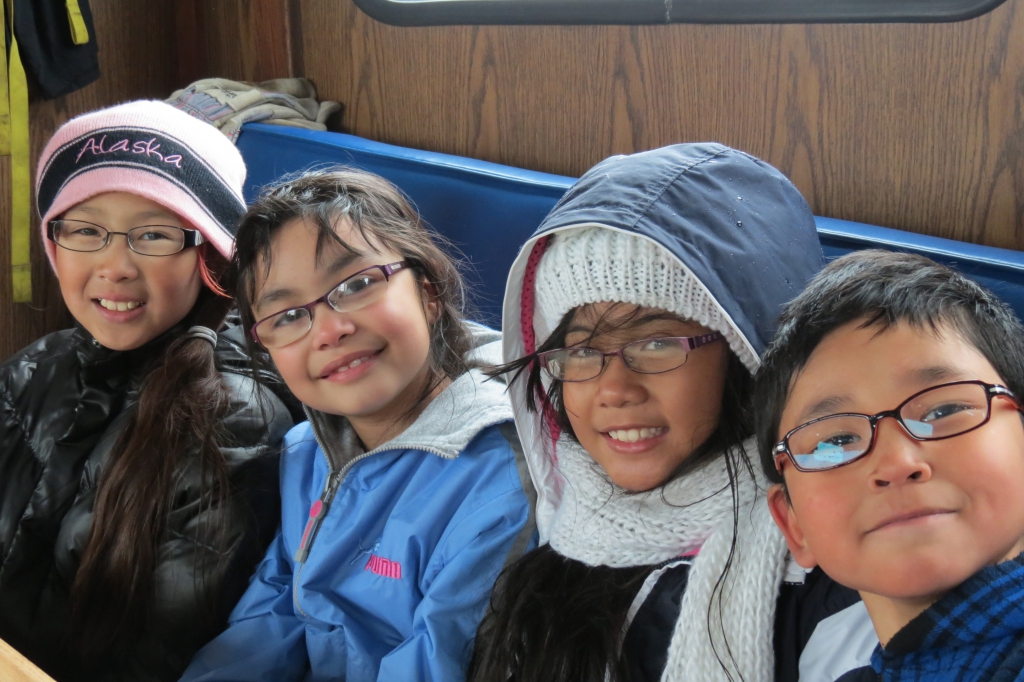 Students of the Ipalook Elementary School in Alaska, where Mr. Jacob Calderwood, who has criticized Amazon's opposition to SpaceX's changes to Starlink teaches, during their tour of the Research Vessel Ukpik in 2012. Image: Lisa Seff/ARCUS

Space Exploration Technologies Corp.'s (SpaceX) satellite internet arm Starlink has won a partial reprieve from the Federal Communications Commission (FCC) by being allowed to launch ten satellites into polar orbit next month. SpaceX asked the FCC in November last year to allow it to target an upcoming launch date in December, and the grant is at the center of the company's controversial request to modify significant parameters of the satellite constellation.

In an order issued yesterday, the FCC's International Bureau has granted SpaceX the authority to launch ten of the 348 satellites that SpaceX plans to operate at an altitude of 560 kilometers and an inclination of 97.6°. The orbital parameters are a hot point of contention in the satellite industry as other service providers, such as Amazon's satellite division Kuiper and Kepler, have objected that they will interfere with the companies' own systems once they are fully deployed.

The FCC has rejected this assertion, noting that:

Given the limited number of satellites at issue here, and propulsion capabilities of the Starlink satellites, there are no particularized concerns presented by the upcoming deployment with respect to collision risk as between the SpaceX and Kepler satellites.

In addition to having raised concerns about interference, Viasat, Kepler and others had also raised concerns about orbital debris that might originate if the modified Starlink satellites fail and collide with their spacecraft. These concerns are part of the opposition to SpaceX's modification as a whole and in granting SpaceX permission to launch just ten satellites, the Commission has determined that the risk of collision is low especially since SpaceX will actively maneuver its satellites.

The approval came after SpaceX's principal satellite policy Mr. Garnder Foster confirmed to the FCC last week that should the body grant his company's November request, then SpaceX will include the ten satellites in the Transporter-1 mission payload. This confirmation came after the mission was delayed to January from its initial launch date in December.

In its support of its request for the ten satellite payload, SpaceX received support from an unlikely source in Alaska. This took place when Jacob Calderwood, a music specialist in Ipalook Elementary School Alaska, wrote a letter to the FCC urging it to expeditiously grant SpaceX's modification request. 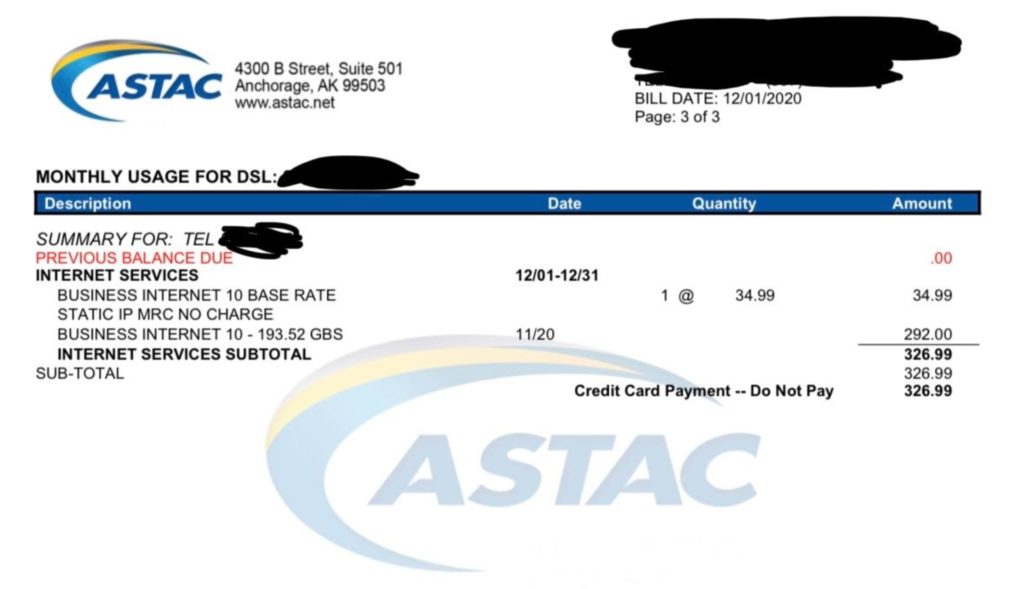 Mr. Caderwood's internet bill in Utqiaġvik, Alaska that he shared with the FCC to urge the Commission to grant SpaceX's Starlink modification. Image: Jacob Calderwood's letter to the FCC filed December 05, 2020, in IBFS File No. SAT-MOD-20200417-00037

Mr. Calderwood cited the deplorable condition that his students in Alaska have to face when trying to switch to remote learning in the aftermath of the pandemic. According to him, only 3% of his students have been able to learn remotely since their school shut down in March last year - an occurrence that he blames on the high costs of internet access in the region, and attaches his own internet bill as evidence for.

More striking is his criticism of Kuiper's opposition to SpaceX's Starlink modification, where he accuses the company of delaying internet coverage that folks in Alaska might get access to should Starlink fully deploy there. According to him,

It disturbs me that companies like Amazon’s Kuiper among others have filed motions to dismiss SpaceX’s request. They are late to the game and have not delivered on any real promises to date. With regard to internet for rural Alaska and the imminent December launch window, time is of the essence. The sooner companies like SpaceX can get beta testing going in Alaska, the better for everyone. During the pandemic my students need the same access to the internet as their contiguous state counterparts.

Amazon's concerns regarding the modification request cover several areas, including the inclination angles for the Starlink Earth station. Amazon believes that changes to these angles will result in Starlinks that are visible in Kuiper's orbital shells being increased by a staggering 164%, and as a whole, the modification carries with it the potential to increase interference events by an equally staggering 250%.

SpaceX, for its part, has had its eyes set on Alaska since mid-2020 when the company requested the FCC to allow it to test its services in the region. Bringing coverage to remote areas is one of the salient points for Starlink which SpaceX has consistently highlighted before the FCC, and it will benefit not only the general public but federal users such as the U.S. military as well.