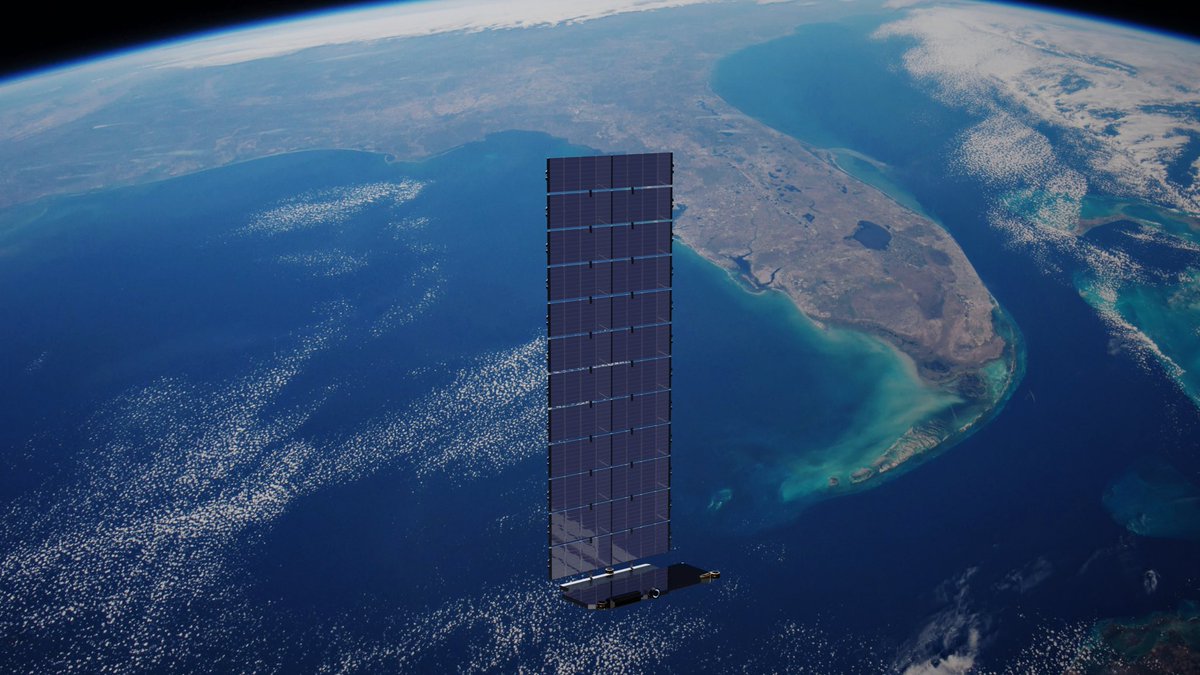 A rendered SpaceX Starlink satellite with its solar panels deployed while in orbit. Image: @ErcXspace/Twitter

The tests will be conducted in Inman, Kansas; Vernon, Utah; and Punta Gorda Flordia. Of the three locations, SpaceX's Earth station in Florida is the newest, with the ones in Vernon and Inman having been made a part of the company's plans earlier this year. SpaceX has been granted temporary authority by the FCC to test Starlink satellite connectivity with these Earth stations in the states, even as it continues its battle with Multichannel Video and Data Service (MVDDS) providers for supremacy over the 12GHz band that its Starlink user terminals will use for connecting with the satellites.

Under all three approvals, SpaceX will broadcast signals from the stations to its satellites using the 17GHz. 18GHz, 19GHz, 28GHz and 29GHz frequency bands. In its application narrative to the FCC, the company confirms that the testing is to ensure that the stations and satellites are up-to-the-mark for commercial deployment set to take place later this year.

Even as it continues to test Starlink Earth stations, launch more satellites and conduct beta testing, SpaceX's request to change important parameters of the Starlink constellation filed with the FCC in April is yet to be granted. This application asks the Commission to allow the company to not only reduce the altitude of its satellites but also increase the number of orbital planes in which the satellites will orbit the Earth and increase inclination angles (the angle a satellite's orbit makes with an equatorial orbit).

This proposal has been met with significant opposition not only from Amazon's subsidiary Kuiper Systems LLC but also from MVDDS service providers. In their meetings with FCC officials, Kuiper's representatives asked for more information to determine if the proposed changes stand any risk of interfering in terms of signals and pathways with the Kuiper constellation, while the MVDDS providers argued through their statements that the changes will cause interference with their operations.

Amazon and SpaceX are also head-to-head in a related matter that concerns with the FCC's evaluation of satellite system modifications. While the former argues that the current evaluation criteria is insufficient and allows operators significant leeway in affecting competitors' future systems, the latter argues that the FCC's current methodology that is based on a decade-old precedent allows providers to innovate their services to suit the public interest.

SpaceX states that the proposed Starlink modification will allow it to better serve polar regions with internet access. These regions include the Northern region of Alaska, for which SpaceX filed an application for a Starlink satellite Earth station at the start of this month. The company also believes that the lower altitudes will reduce internet latency - a key part of its evaluation for the FCC's $16 billion Rural Digital Opportunity Fund that seeks to bring internet connectivity to under-served areas in America.

FCC chairman Ajit Pai's proposed rules for the fund doubted SpaceX's ability to reduce Starlink's latency below 100ms, and in its application for the aforementioned modification, SpaceX has claimed that the lower altitude satellites have managed to achieve latency as low as 50ms and that the company intends to provide this level of service to potential customers in Alaska as well.