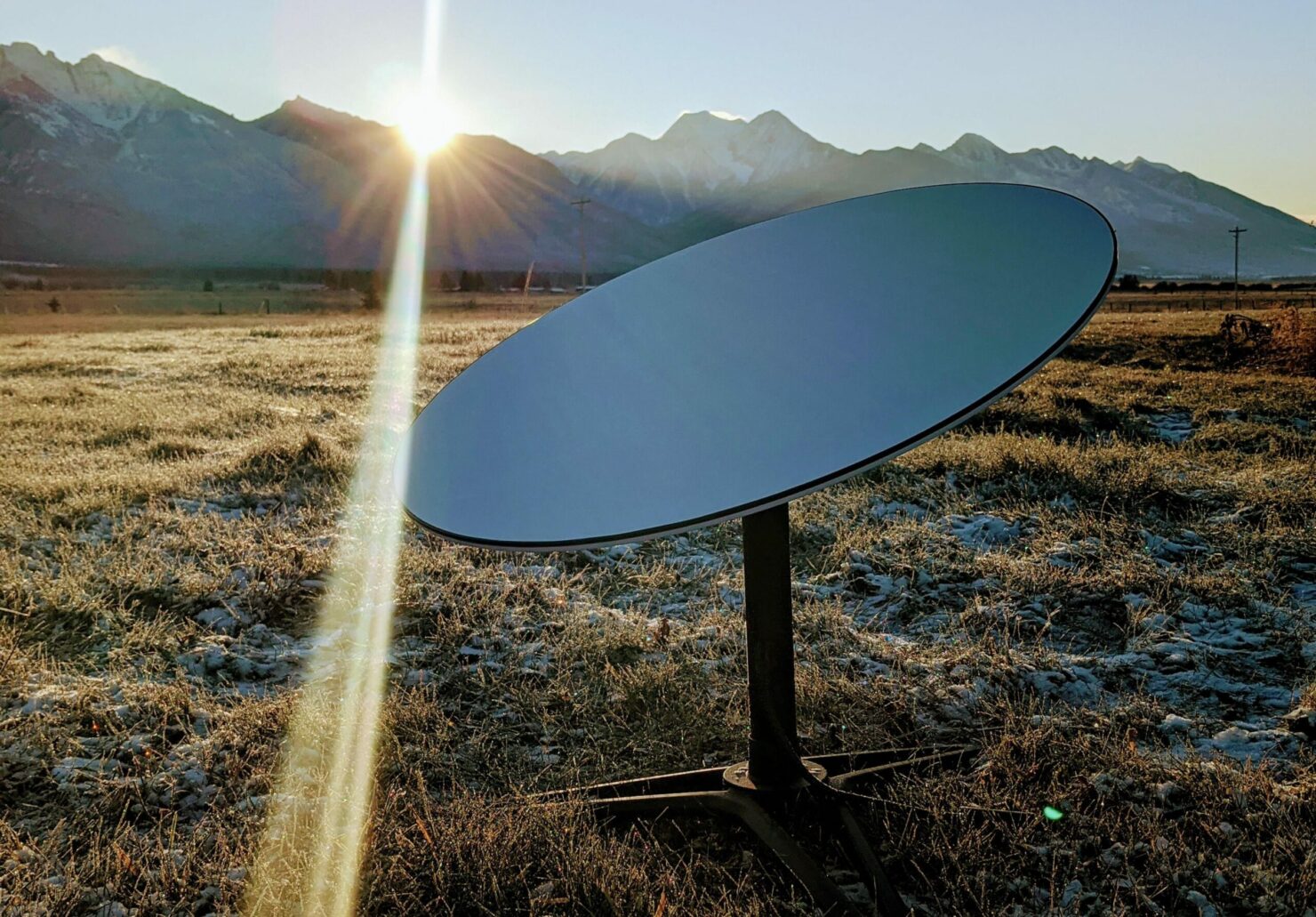 With the summer mercury rising, users of Space Exploration Technologies Corp.'s (SpaceX) Starlink satellite-based internet constellation are also facing the heat. Users in Nevada and Arizona are reporting temperatures as high as 122°F and witnessing their satellite dishes shutting down as a result. Starlink representatives have also confirmed that the dishes cannot operate at 122°F, which makes us ponder whether a new dish currently waiting for the Federal Communications Commission's (FCC) approval is a solution to these problems due to its lower transmit power.

Courtesy of two reports on the social media platform Reddit, we can gauge just how 'hot' a Starlink dish can get. Details shared by SpaceX engineers last year revealed that the user terminal is capable of operating in temperatures as low as -30°C (-22°F) and as high as 40°C (104°F) and that the company has tested it at 45°C (113°F).

The tests seem to have held up in real life as Reddit user matsayz1's terminal performed flawlessly even as the temperature soared to 111°F in Las Vegas, Nevada yesterday. Sharing temperature and dish usage statistics, the user revealed that his terminal did not either turn off or experience any service outages. This demonstrated that the dish is capable of performing beyond what SpaceX's representatives outlined last year.

However, the story was different for user Society Tomorrow, who lives in Arizona. This user's dish turned off when the temperature hit an eye-popping 122°F in his area, and the occurrence was normal according to the SpaceX representatives who were contacted afterward.

Both these instances suggest that perhaps the new user terminals currently pending authorization at the FCC are designed to work in hotter areas. Their specifications shared by SpaceX with the Commission reveal that instead of the current dish's transmitting power of 4.03, the new terminals will transmit at 2.44 Watts. Transmit power is a key influencer of a dish's temperature, and when combined with the high temperatures in Arizona, it stands to raise overall temperatures to an unsustainable level.

Since SocietyTomorrow's dish turning off due to extreme heat is the first report of its kind, it's uncertain whether rising temperatures in several American states will cause Starlink and SpaceX a major headache. Even though the internet service is in its beta stage, user expectations are high, but the beta users are also equally forgiving for outages, and as we've seen, for the overheated dish.

If these outages become more common, perhaps SpaceX might ship the second-generation Starlink user dishes to hotter states. Additionally, the company could also provide users with the option to chose between dishes once the newer terminals are available in the market and Starlink rolls out to a wider range of users. While a higher transmit power increases a dish's range, the newer terminals' improved efficiency and power densities. Additionally, they will also communicate with the orbiting satellites for a longer duration, indicating that perhaps SpaceX is aware of the lower range's performance sacrifices.

Starlink users should also get a new software update today or in the upcoming days. Perhaps this update will tinker with the dish's specifications to reduce performance issues and shutdowns during the current weather. With summer set to remain with us for a while, how well do the Starlink dishes battle the Sun will be clearer in the upcoming days.