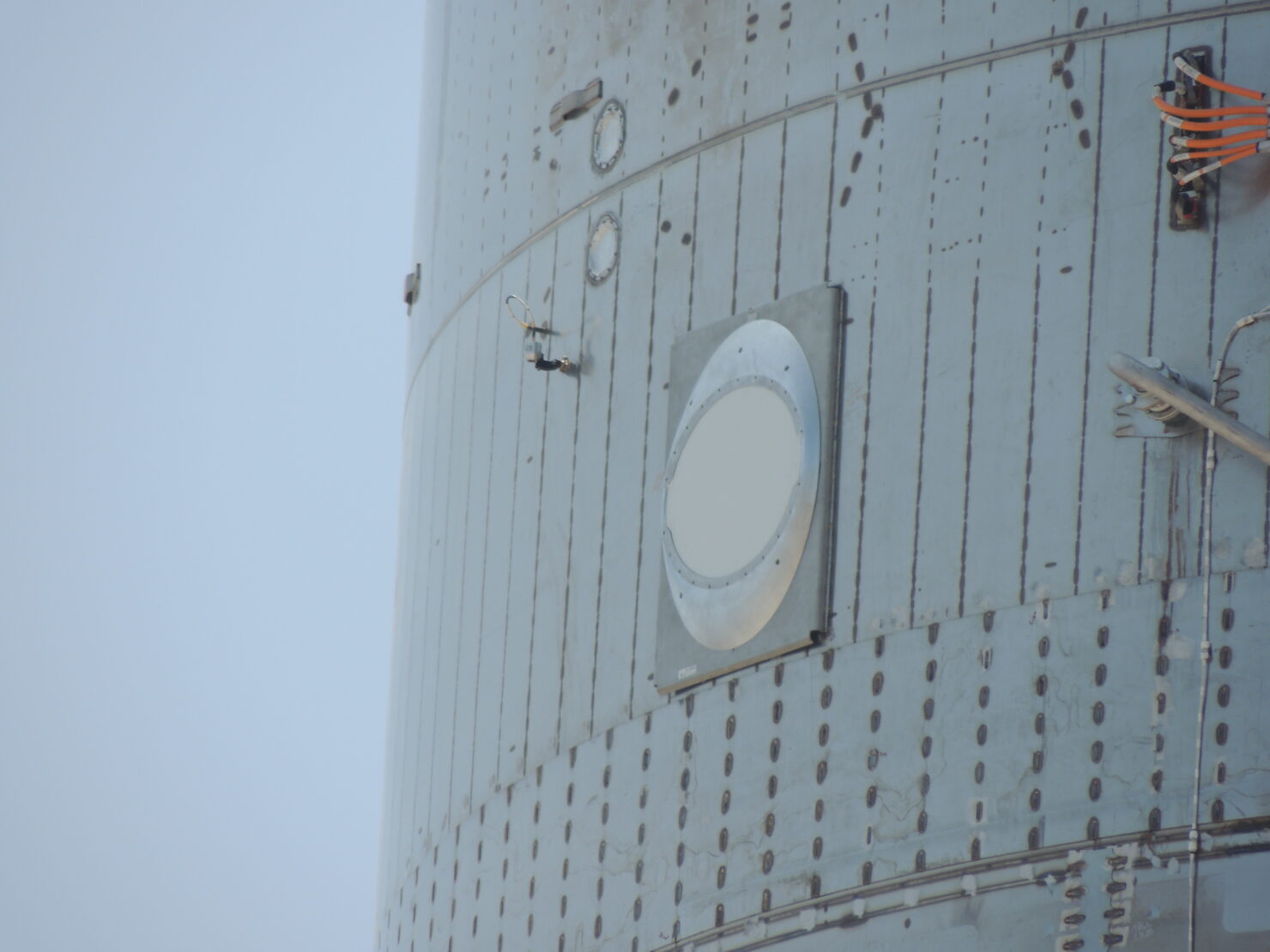 A close up of what appears to be a Starlink user terminal installed on the the Starship SN15 prototype as it waited for its fate on the launch pad in April. In addition to testing Starlink on Air Force aircraft, SpaceX has also mounted satellites on its Starship rocket prototype as shown above. Image Credit: Carter Goode

Space Exploration Technologies Corp.'s (SpaceX) Starlink satellite internet constellation is targeting the in-flight WiFi segment, confirmed the company's vice president of Commerical Sales, Mr. Jonathan Hofeller, at the Connected Aviation Intelligence Summit yesterday. He was one of four executives who participated in the conference with representatives from OneWeb and Telesat. Starlink, which is in its early-stages beta testing, aims to bring high-speed internet to rural areas in the United States, and through an aggressive launch cadence, SpaceX has built out the world's largest satellite constellation in just over two years since it launched the constellation's first test satellites in 2019.

True to its culture of moving fast, SpaceX is busy testing new user terminals for Starlink even though the service is yet to witness a full-scale commercial rollout. The company has tested the service on aircraft as well, as it beamed down the Internet to a United States Air Force C-12 military cargo aircraft in 2019, using the very first Starlink spacecraft.

However, whether it will use the same terminals used on the C-12 on commercial aircraft is uncertain. While military aircraft generally have few users, passengers on commercial planes can number in the hundreds and therefore limit the amount that a single user terminal can service.

Commenting on his company's plans for commercial aviation, the executive stated that SpaceX is working with airlines to design a system for them. SpaceX has already conducted several demonstrations with the system, outlined Mr. Hofeller, and he remained optimistic about his company's ability o launch a final service soon. 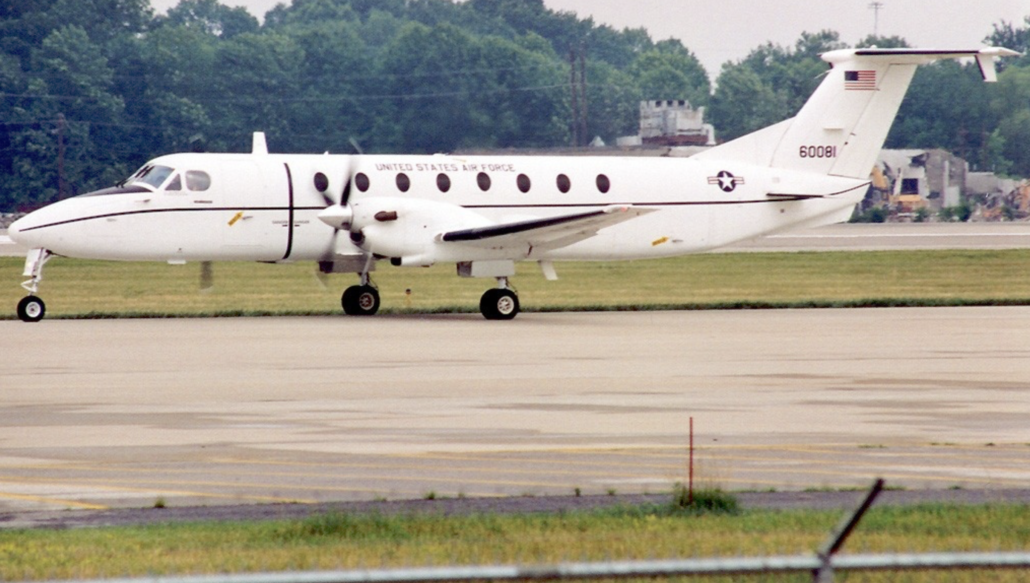 The U.S.A.F. has previously tested Starlink via terminals fixed on a C-12J Heron transport plane, with Air Force officials confirming that the internet-delivered speeds of up to 600 megabits (Mbps). The tests were conducted under the Defense Experimentation Using the Commercial Space Internet (DEUCSI) program, and FCC filings that surfaced in 2020 fall under the ambit of SpaceX's DEUCSI narrative filed with the Commission.

Borrowing from our coverage of a Starlink filing with the Federal Communications Commission (FCC) filing in 2020 lets us delve a bit deeper into the service's plans for serving aircraft:

As part of its experiments with the Air Force, SpaceX plans to use a total of twenty antennas. Out of these, 18 have been manufactured in-house by the company, and two have been manufactured by Colorado-based aerospace technologies firm Ball Aerospace. Given the location for SpaceX's latest request, it's likely that the two companies are testing out upgrades to Ball's antennas that have been used in earlier Starlink experiments conducted with the constellation's first two prototypes, the Microsats 2a and 2b.

. . . .Technical specifications part of the May filing reveal that the aircraft antenna for the tests will have slightly higher power output than earlier versions. The newer variants have greater half-power bandwidths (HPBW), which are defined as the part of their output with the greatest consistency. The variants also more powerful than the ones SpaceX had listed for testing in an earlier FCC application (0515-EX-CN-2019), but key performance parameters such as gain are unchanged.

The Air Force tests should have provided SpaceX with plenty of data to finetune Starlink for commercial aviation. Perhaps it's the results from these that have made the company's president, Ms. Gwynne Shotwell, optimistically state last year that airline service will be available in three years.

Should these plans succeed, then Starlink will have secured a lucrative revenue base for itself, one which will enable it to inch towards cash flow positivity. In financial terms, this implies that the money brought in by a product is greater than its direct expenses. As a result, it is the single greatest hurdle being faced by Starlink, according to SpaceX's chief executive officer, Mr. Elon Musk.