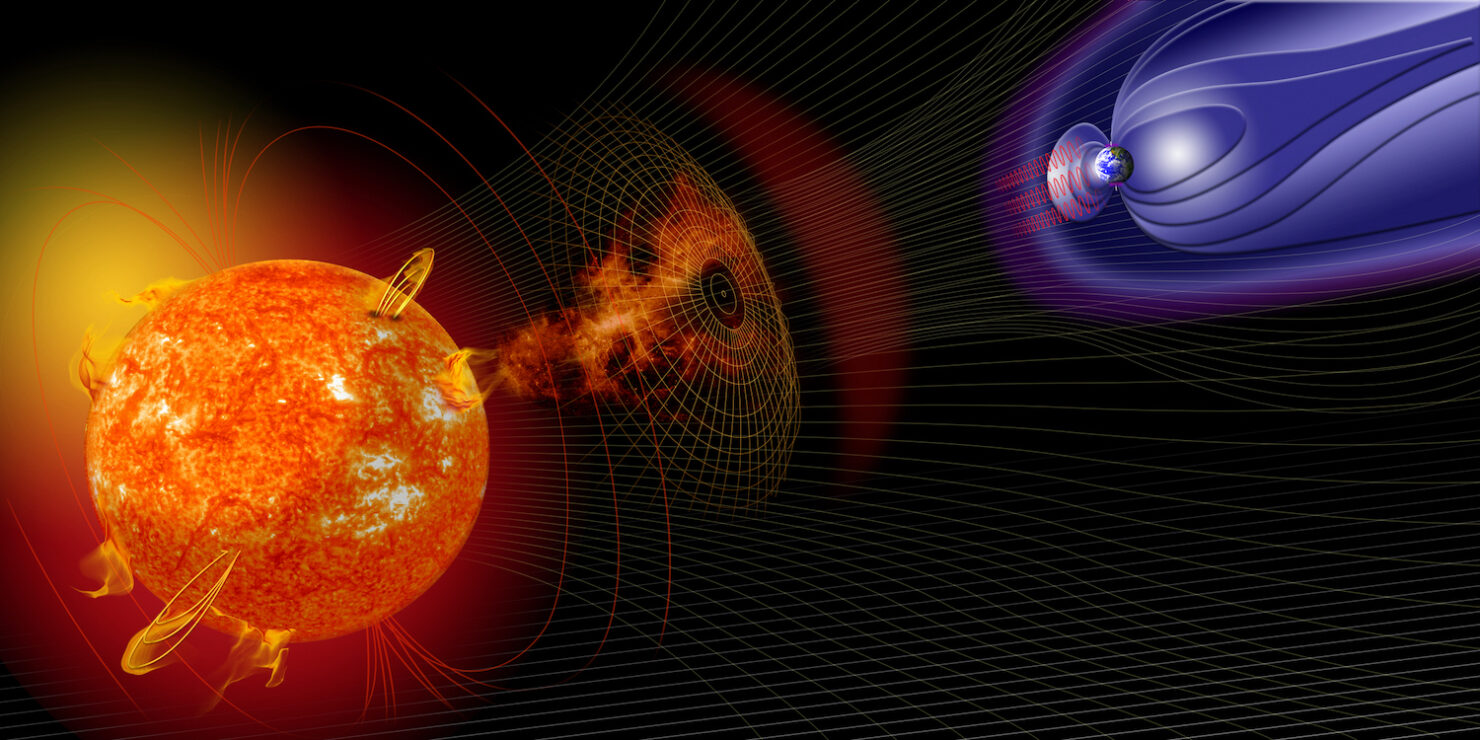 A solar storm and the Earth's magnetic field as rendered by NASA.

Space Exploration Technologies Corporation's (SpaceX) Starlink satellite internet constellation failed to withstand the impact of a recent disturbance in the Earth's magnetic sphere (magnetosphere) caused by the Sun releasing a storm of charged particles. Starlink launched its latest batch of satellites last week, and the spacecraft was put into an emergency mode once the geomagnetic storm hit the next day on Friday. Now, the company has confirmed that up to 40 of the launched spacecraft have reentered the Earth's atmosphere, marring its rapid launch cadence that kicked off the year with two Starlink launches for a total of 98 satellites.

SpaceX confirmed on its website late night yesterday that out of the 49 satellites launched on February 3rd last week, it has lost at least 40 of the spacecraft. According to the company, at least 40 of the deployed satellites were unable to exit what SpaceX dubs as the 'safe mode.' They were commanded to enter this mode, which decreases their surface area to combat the effects of a solar storm which the National Oceanic and Atmospheric Administration (NOAA) had predicted would take place on Wednesday and Thursday.

However, the release from SpaceX states that the increased drag in the Earth's atmosphere resulted in the aforementioned satellites being unable to exit their safe mode. Consequently, they are slated to burn up in the Earth's atmosphere without risking other spacecraft. Drag is referred to as the force experienced by an object in the Earth's vicinity, due to particles rubbing against its surface. Starlink, due to the limitations of SpaceX's Falcon 9 rocket, is forced to launch its satellites to a lower altitude and then raise them after performing safety checks.

Unfortunately, the satellites deployed on Thursday were significantly impacted by a geomagnetic storm on Friday. These storms cause the atmosphere to warm and atmospheric density at our low deployment altitudes to increase. In fact, onboard GPS suggests the escalation speed and severity of the storm caused atmospheric drag to increase up to 50 percent higher than during previous launches. The Starlink team commanded the satellites into a safe-mode where they would fly edge-on (like a sheet of paper) to minimize drag—to effectively “take cover from the storm”—and continued to work closely with the Space Force’s 18th Space Control Squadron and LeoLabs to provide updates on the satellites based on ground radars.

Preliminary analysis show the increased drag at the low altitudes prevented the satellites from leaving safe-mode to begin orbit raising maneuvers, and up to 40 of the satellites will reenter or already have reentered the Earth’s atmosphere. The deorbiting satellites pose zero collision risk with other satellites and by design demise upon atmospheric reentry—meaning no orbital debris is created and no satellite parts hit the ground. This unique situation demonstrates the great lengths the Starlink team has gone to ensure the system is on the leading edge of on-orbit debris mitigation. 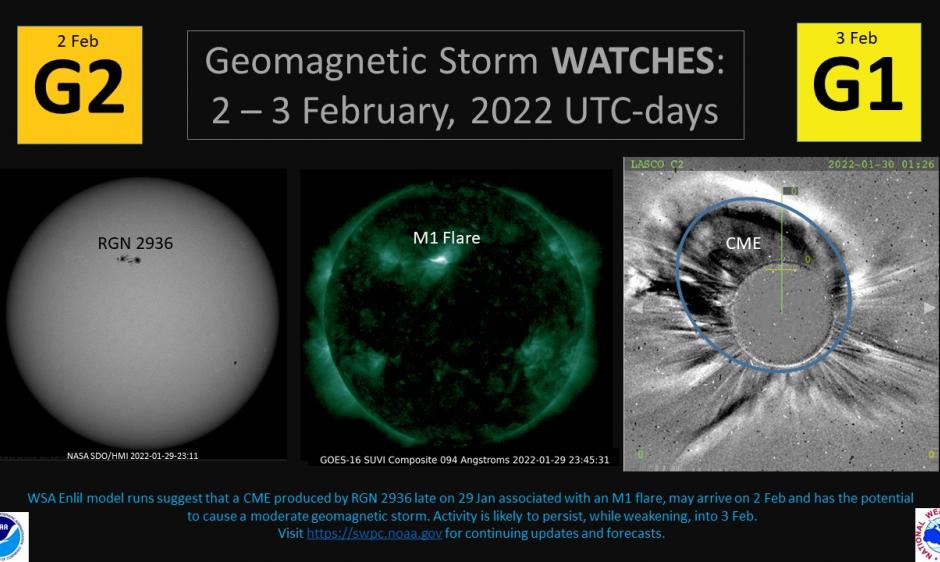 A warning published by the National Oceanic and Atmospheric Administration (NOAA) on Thursday, February 03, 2022, 02:57 UTC indicated that a coronal mass ejection (CME) is likely for Thursday and a warning had been in effect from Wednesday. Starlink launched the latest batch of satellites at 18:13 UTC Thursday, and its statement claims that the geomagnetic storm impacted the satellites on Eastern Time Friday. Image: SWPC NOAA

The timing of the launch and the fact that Starlink is forced to raise their orbits post-launch raises a couple of important questions for the service as it gears up for competition from financially backed rivals who also plan to launch their internet small satellites to orbit.

Firstly, it leaves room for the assumption that perhaps in its eagerness to establish a rapid launch cadence, Starlink decided that since the NOAA had predicted the geomagnetic storm to last only until Friday, and that too at "weakening levels" as outlined by the government agency in its news release, the worst conditions could very well be over before the satellites were under any danger.

Yet, it is also possible that Starlink decided to 'test' how well the satellites hold up in adverse weather conditions in order to determine their design parameters for the future. SpaceX claimed in its press release that launching satellites to a lower altitude to ensure that system checks can be performed for faulty spacecraft before final orbit is reached costs the company more but it is the "right thing to do."

Finally, what it does show is that the battle currently raging on at the Federal Communications Commission (FCC) for Starlink to launch the spacecraft with SpaceX's Starship next-generation rocket will only heat up from now. SpaceX has petitioned the FCC to entertain its request of modifying the launch parameters of second-generation Starlinks to include Starship as well. Through Starship, the company has argued that it will be able to launch satellites at a higher altitude, and therefore reduce the time that they spent in orbit before becoming operational – an event that will also enable it to avoid the denser regions of the Earth's magnetic field.

The NOAA had reported that the solar particles were traveling at an eye-popping speed of 662 km/s, and data from the agency shows increased particle density at the time of the event. Additionally, astrophysicist Jonathan McDowell also compiled the data for all Starlink launches to data which indicates that the latest launch reached a maximum altitude of roughly 340 kilometers.