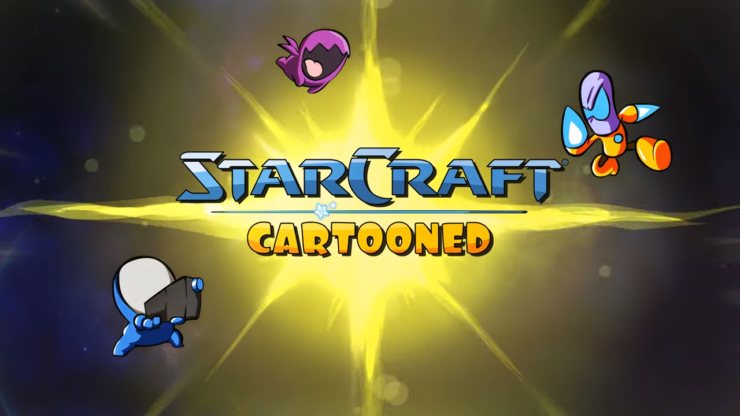 The StarCraft Remastered Cartooned Mod has been released which reimagines every unit, structure, map, menu and story mission in the game.

The mod requires the Remastered version of StarCraft and can be downloaded through Battle.net for € 9.99/$9.99. The Cartooned mod allows players to experience the classic sci-fi real-time strategy game with all-new, lighthearted cartoon graphics. The mod is fully compatible with online play and offers a complete reimagining of the original StarCraft.

StarCraft: Cartooned re-imagines every unit, structure, map, menu, and mission with the beloved art style of Carbot Animations. Add a whole new look to the epic single player campaign, take the cartooned mayhem online and go head-to-head on the multiplayer ladder, or join your friends for your favorite custom game – even if they don’t own StarCraft: Cartooned!

StarCraft: Remastered was released for PC back 2017.