The release of DICE’s addition to the Star Wars Battlefront landscape is imminent, so  it’s only natural to look at some of the better ways to experience the Star Wars universe in other less known ways. The modding community for many games can be quite large and very well supported, as we’ve seen with the upcoming Mass Effect Homeworld Remastered total conversion. And sometimes these additions can make bad games great and good games even better. 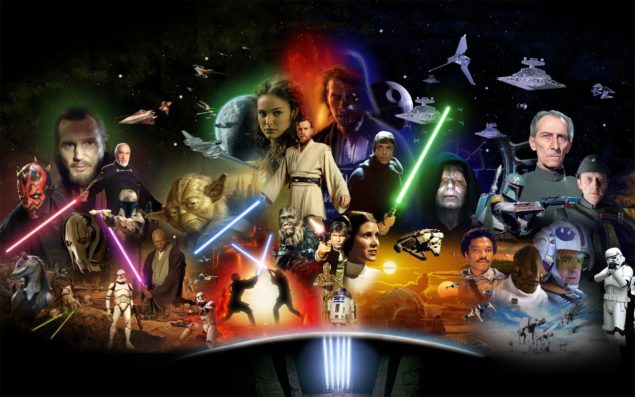 The best Star Wars mods and total conversions that you can play right now.

What list wouldn’t be complete without one of the finer Homeworld 2 and soon to be Homeworld Remastered mods. Star Wars: Warlords adds a tremendous amount of content to an already stellar game. You’ll be able to have some very familiar ships from the trilogy and the prequels and pit them against each other. And no, that isn’t a moon, you can actually use the Death Star as well. 80 unique ships with high-resolution textures and fantastically done animations are included, letting you control the epic battles you’ve seen in the movies like you’ve always wanted to.

Battlefield 2142 is still a surprisingly addicting game if you enjoy future based shooters. But if you want something a bit more akin to Battlefield than Battlefront, you might enjoy the lovely total conversion mod First Strike. This is a total conversion that focuses on providing an authentic and immersive experience within the Original Trilogy. All the great and familiar aspects of Star Wars are here, from being able to fly X-Wings and TIE Fighters to using a 74-Z Speeder Bike to quickly find and destroy your enemies. A great amount of work has been put into meticulously modelling all the weapons and ships, and they aren’t even done yet. The strange thing is that this proves that Battlefield 2142 isn’t so bad looking after all these years.

Call of Duty 4: Modern Warfare was a fantastic FPS entry in its own right, but being able to add some Star Wars into the mix just adds tremendous amounts of value. Star Wars in the fast paced COD style is surprisingly fun. Play in the Jundland Wastes, Bestine, Bespin, Mos Eisley and even Anchorhead with distinctive models and sound all in a very well designed package. Star Wars: Galactic Warfare is one conversion that you should definitely look into if you still have COD Modern Warfare installed.

The X3 series has been one of archetypes for the open-world space simulator genre. X Rebirth maybe doesn’t follow that, but the previous installments are still fantastic games to play. And the following link contains a profusion of sci-fi inspired ships, to include the great Star Wars capital ships and fighters we know and love. You can download and install some very detailed models of the classic YT-1300, the Z-95 Headhunter and even the Slayn & Korpil B-Wing.

Sins of a Solar Empire: Rebellion is an incredibly sophisticated and complex 4X RTS game that has a lot of modding potential. Thankfully someone saw fit to do just that. Thrawn’s Revenge II: Ascendancy takes place after the Original Series and during the events of Timothy Zahn’s Heir to the Empire trilogy.

“The Emperor has fallen, and the Empire is in shambles after their defeat at Endor. Can the Rebel Alliance, now reformed as the fledgling New Republic, re-establish the traditions of the old Republic and restore peace or will the Empire manage to unite under a strong leader to once again impose order over a lawless galaxy?”

You can take command of the New Republic or the Imperial Remnant fighting it out for galactic dominance with unique yet familiar ships. This total conversion is a tremendous achievement that combines a well thought out campaign wrapped up in a complete package. It’s almost it’s very own game, and the developers should be very proud of their creation.

Skyrim has a fantastic modding community, and you can already add a lot of different content and improve your graphics to boot. But what about Star Wars? The options are plenty, you can add the Death Star as a the moon, add a Speeder Bike to get around on and even give yourself Stormtrooper armor if you’d like. The possibilities are really endless. The best, though, are being able to add a Force lightning ability as well as Mandalorian armor. But aside from that, you can add different Star Wars races, blasters and even Jedi weapons. Skyrim is a fantastic outlet for Star Wars, as the the great story already contained within is a wonderful partner to Star Wars visuals.

These represent some of the finest mods and total conversions for games that are still active and playable. Modding of games is a fantastic industry that can add a great deal of substance to already excellent games.

There are, of course, many other great examples that exist, and many others that may be defunct but still playable. What Star Wars conversions or mods are you guys playing? Anything in particular? Let us know in the comments.