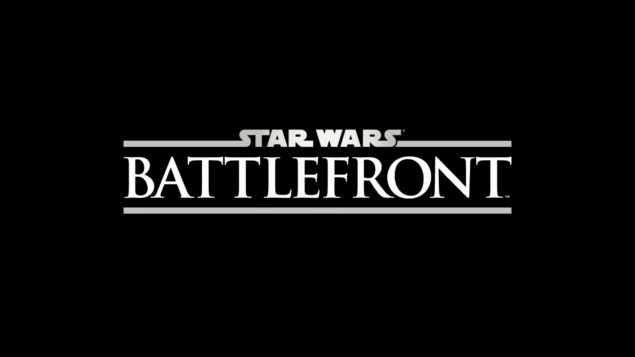 Star Wars: Battlefront is listed to be released for PlayStation 4 in 2015.

Galactic forces clash in this reboot of Star Wars: Battlefront, the blockbuster shooter franchise set in the Star Wars saga. Fight in epic Star Wars battles on iconic planets and rise through the ranks playing as the heroic Rebellion or the evil galactic Empire. Whether fighting through blaster-wielding troops, or piloting your favorite Star Wars combat vehicles like Snowspeeders, Speeder Bikes, and AT–ST’s – Star Wars Battlefront puts you at the center of the galactic conflict!

Star Wars: Battlefront is stated for a Winter 2015 release, so some new and exciting footage is certainly going to make an appearance at E3 later this year. With no previous confirmation or actual release date this news is quite exciting. DICE have preciously shown some early in-engine footage of the game and it looked simply breathtaking. That should come to no surprise given the huge potential of the Frostbyte 3 engine, and the huge collection of Star Wars assets that the team has been given access to. Given both the talent at hand and the vast subject material, Star Wars: Battlefront will surely be a great feat for fans of the franchise.

It has already been noted that Star Wars: Battlefront will feature an expansive and deep single player experience that will offer gamers a very special Star Wars campaign, alongside the many multiplayer modes. I must admit that I am a huge fan of the Star Wars universe, and I would love an original single player story built using the incredibly detailed engine. Given the recent focus on multiplayer experiences though, I hope that they don't neglect the importance of a complete and deep single player campaign.

There is a small chance that Star Wars: Battlefront could make an appearance at GDC, early next month. With many publishers having some sort of presentation at the event, including Ubisoft, Eidos, Microsoft and others, it could be possible that at least some footage could be shown. Regardless we will bring you any new information on Star Wars: Battlefront as soon as it becomes available.

Star Wars: Battlefront will release for the PC, PlayStation 4 and Xbox One platforms, Winter 2015.