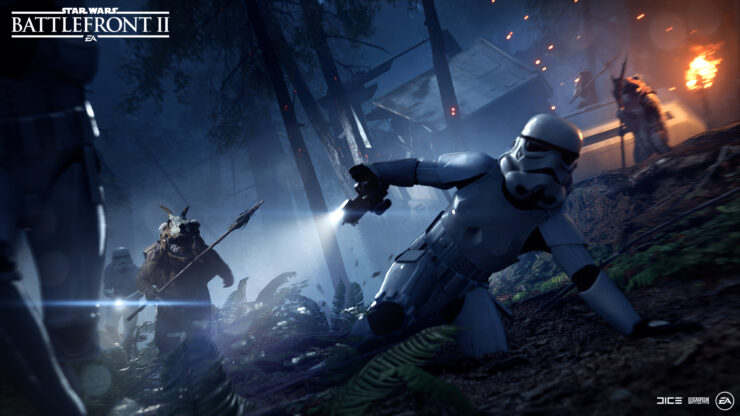 The Star Wars Battlefront II Rise of Skywalker update is releasing today on all formats, and the full update notes have been revealed.

The new update introduces four new reinforcements as well as new appearances for Rey, Finn and Kylo Ren, Co-op to Takodana, Jakku, and Starkiller Base. A new playable map will become available later this week as well.

The following abilities now show the amount of players targeted:

CHANGES TO CLASSES AND SPECIAL UNITS

Star Wars Battlefront II is now available on PC, PlayStation 4 and Xbox One.