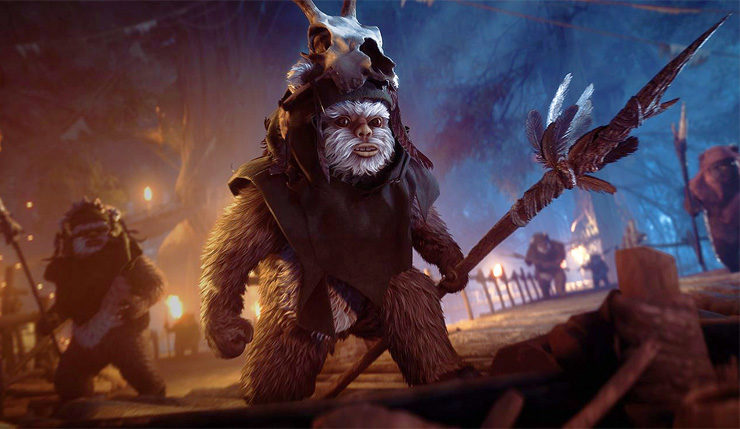 EA will be releasing a real crowd-pleaser of a patch for Star Wars Battlefront II next week – in addition to bringing back microtransactions, the “Night on Endor” update will add Ewoks to the game. Hoo boy.

Microtransactions will once again come in the form of Crystals, which can only be purchased with real cash. Thankfully, Crystals can now only be spent on cosmetic “Appearances” – they can no longer be used to get weapons or Star Cards.

Crystals will return to Star Wars Battlefront II as one of the ways for fans to unlock Appearances, including Endor Leia and Endor Han. Real-world currency can only be used to purchase Crystals, which are only redeemable for Appearances. Credits that are earned through in-game activity and can also be redeemed toward Appearances. Over 50 additional Appearances to personalize your units and heroes will be made available in this update.

Star Wars Battlefront II was sharply criticized for a system where character progression and weapons could only be acquired from loot boxes, which, originally, could be purchased with real money. EA and developer DICE temporarily removed microtransactions from Battlefront II, and later made changes to the game’s progression system to make it more linear and less grindy. The return of Crystals completes Battlefront II’s long, sometimes-painful overhaul. 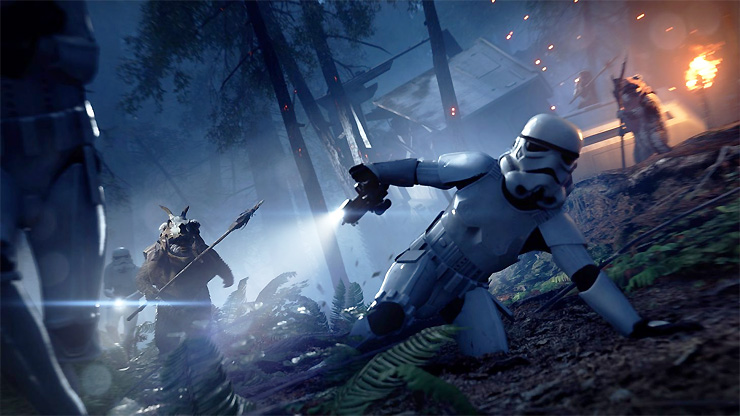 As mentioned, the new update will also let you play as those loveable (?) scamps the Ewoks in a new limited-time mode, Ewok Hunt. Here’s how it works:

In Ewok Hunt, you start as an Ewok or in a group of stormtroopers. The ambush begins as Ewoks attack unsuspecting stormtroopers, using spears, Wisties, and other skills to take down their opponents. Each stormtrooper defeated spawns as another Ewok, multiplying until the Empire’s forces have been completely eliminated, and the Ewok celebration can begin. However, the stormtroopers’ superior training and firepower are more than a match for the Ewoks. Armed with a cadre of weapons as well as flashlights to pierce the darkness, players must hold back the Ewok’s ambush if they have a hope of surviving until an extraction team can arrive.

I’ll admit, as a kid Return of the Jedi was my favorite Star Wars movie, and I have kind of a soft spot for the Ewoks. I’m definitely not in the majority on that though. Pairing the return of microtransactions with some of Star Wars’ most divisive characters is a…bold choice. At least we’re not getting a Jar Jar mode.