Yes, there will be a Star Wars Battlefront beta test and it's coming soon. DICE and Electronic Arts announced today that it's coming for PC, PlayStation 4 and Xbox One in early October; it will feature the Walker Assault mode on Hoth, a 40-player battle which includes vehicles and iconic characters such as Luke Skywalker and Darth Vader (both absent in the Closed Alpha test). 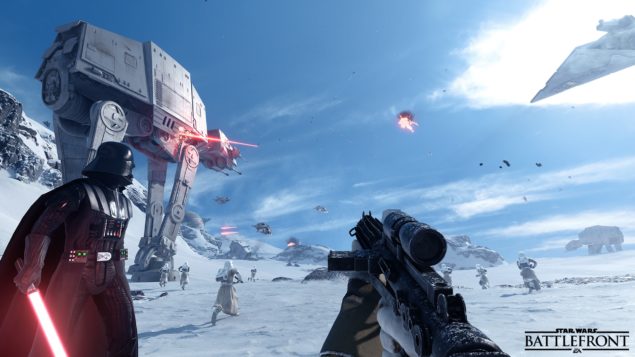 Drop Zone is another mode that you'll be able to choose while playing the Star Wars Battlefront beta; we don't have any information about it yet, but the developers promised we'll get some in the next weeks. Finally, just like in the Closed Alpha test, you and a friend may try to fend off Imperial forces on Tattooine as part of a Survival coop mission.

That's not all they announced, either. Star Wars Battlefront is getting a "Companion experience" which will be already available on the official website during the beta and also as an Android/iOS app before release.

Here's what you can expect to find in it:

Sounds like a useful tool to keep track of your experience in the game. Star Wars Battlefront is scheduled to release between November 17 (North America) and November 20 (Europe), preparing Star Wars fans worldwide for the theatrical launch of Star Wars VII: The Force Awakens in December.