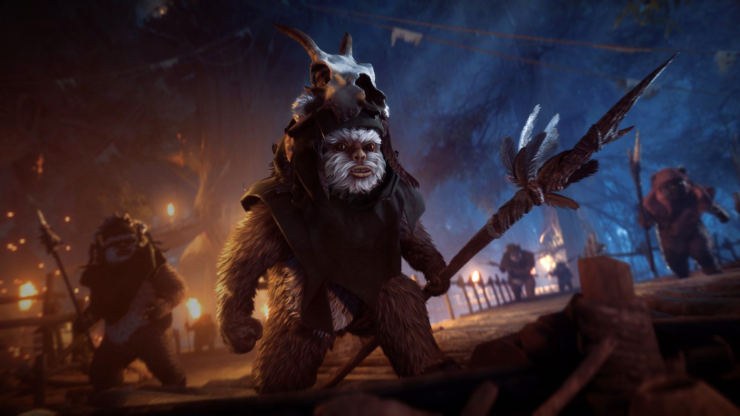 The new Star Wars Battlefront 2 Update ‘Another Night on Endor’ has been released by EA DICE for all platforms.

“Venture forth into the forest moon of Endor as Ewok Hunt returns with a revamped Endor map”, EA DICE wrote earlier this month. “The ambush begins as the Ewoks attack the unsuspecting stormtroopers. Each defeated stormtrooper spawns as another Ewok, multiplying until the Empire’s forces have been completely eliminated, and the Ewok celebration can begin.”

Battlefront 2’s co-op mode has been expanded following this update and players will now be able to defend on each of the planets. “Whereas previously you’ve only been able to play as the attacking team, this time around you’ll be tasked to dig your heels in deep and defend your command posts”, EA DICE explains.

We’ve included the full patch notes for this new update down below:

Tweaked the logic and timing of stagger animations to allow players to move easier after attacks.

Health on Kill/Health on Damage Messaging

Fixed an issue that would cause several Hero abilities to cancel when performed at the same time as a dash / roll. Abilities affected:

Star Wars Battlefront 2 is available globally now for PC, PS4 and Xbox One