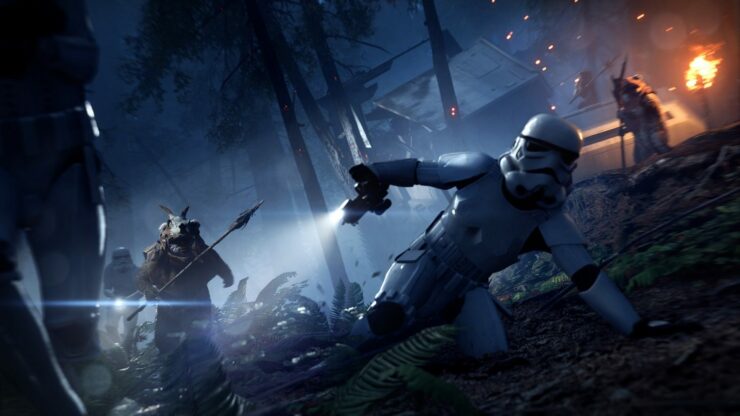 The Star Wars Battlefront 2 January update is not going to be released this week, as previously announced.

Community Manager F8rge confirmed on the game's official forums that a critical issue has been discovered in the update, forcing the team to push its release to next week. A new build is already going to the usual pre-release checks, so there should not be another delay.

Just wanted to drop a quick note about the update that was due to release on January 30. During our testing we found a critical issue that means we will be pushing the update to early next week. We already have a new build going through its regular pre-release checks and things are looking positive.

Under certain circumstances (not 100% of the time) you would be unable to deal damage to opponents while playing CS. If this had made its way into the game it would have been...unpleasant.

Some additional details on the Star Wars Battlefront 2 upcoming update have also been revealed, such as new content, balance changes for Darth Vader and Droidekas and more.

This update brings with it two new heroes, the offensive based BB-8 and the support orientated BB-9E. Both heroes come with 3 abilities as well as 3 passives, and yes BB-8 will be able to do the thumbs up emote.

We also have a variety of balance changes as well as fixes and improvements on the way. Darth Vader will now be able to block while choking, Auto Players will be able to carry out melee attacks, Droidekas receive an increase to their shield health and VO announcers will now mention the era-appropriate heroes that spawn. Finn and Kylo Ren both have new emotes, which you can unlock via new milestones.