Star Trek online was one of the MMORPG's from last year to announce its status from Pay to Play to Free to Play while players who still pay the monthly fee will have have more benefits over the free players I can honestly say that even the free players will have a lot to look forward to because this is Star Trek, the name alone has a large fan base but when fans discovered that the monthly fees applied they backed out. Now that the MMORPG has gone free to play this could mean massive growth for the game in terms of an active player base and this only leaves World of Warcraft and Star Wars: Knights of the Old Republic left in the world of pay to play MMORPGs. Which of the two will be the first to go full on free to play? Only time will tell. 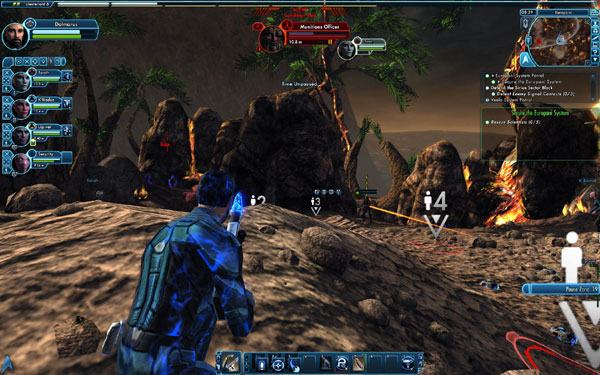 In the world of Sci-Fi there are only a few names that are known through out the world, almost every person today will know what is Star Trek and Star Wars but not many will know other sci-fi shows such as Firefly, Caprica or Battlestar Galactica which are almost the same thing. But considering that Star Wars: The Old Republic is doing so well right now this leaves Star Trek Online with lesser attention to it, but what STO offers is something which The Old Republic may not offer for a long time, Free To Play.

Star Trek Online went free to play recently and those of you who have always been fan of the series will be happy to know that the game is improved, more polished and has a ton of new features added to it to make the new comers welcome to the Star Trek Universe. Last Year saw the rise and fall of many MMO's including APB, Lord of The Rings Online and Champions Online but Star Trek announced that it would go free to play in early 2012 and they have stuck to that promise.

Considering how the game offers space combat, a lot of customization options, Exploration and even on the ground combat this could be the closest competitor The Old Republic could have against it. Considering that these are more or less (almost) the same features which ToR offers and they are now available for free I would say that STO could see a lot of growth. 😀

You can make an account and find out more about the Free to Play program by going HERE and starting off today, and in celebration of the move a new trailer has been made especially for the occasion:

So now you will be able to pursue the mission of every starfleet commander and seek out new life and new civilizations and boldly go where no one has gone before from the comfort of your PC.