Star Citizen ‘Star Marine’ FPS Module Delayed, Not Up To Their Standards Yet 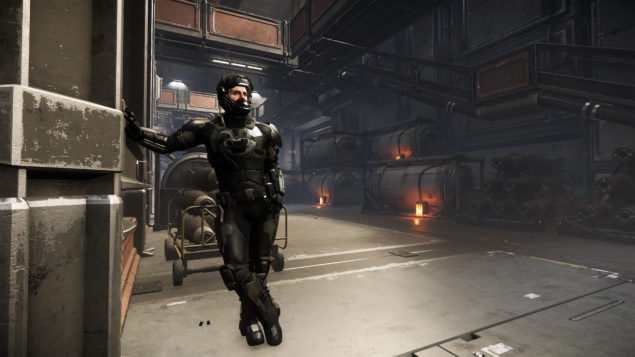 Chris Roberts explained why the Star Citizen FPS module, Star Marine, has to be delayed. Backend netcode and other technical difficulties plague the current build.

Despite the smooth demo at PAX East, Star Citizen's FPS has seen a number of challenges that have prevented it from entering the playable module stage. They have very high standards for entering the open alpha/beta, and it just didn't quite meet those standards.

Mostly these are technical issues that prevent smooth gameplay and the player from even connecting to servers. Like many multiplayer games, the netcode just wasn't up to the task. This mean having to develop their own novel mechanism that they call their Generic Instance Manager (GIM).

The tl;dr is that we feel the current build doesn’t feel like it lives up to the standards we’ve want to achieve with Star Citizen. There are several issues that will need additional time in order to deliver the first iteration of the gameplay we want you to experience. The challenges facing the FPS launch are a mix of technical blockers and gameplay issues. The most significant technical hurdle faced today is the networking backend.

The GIM in addition to their homemade matchmaking system and something they call the Phoenix dynamic environment system should prove to make the online experience far more enjoyable and playable for everyone. Even if you're connection isn't necessarily so fast. Phoenix is a method of duplicating server data and creating those servers via VM's in a rapid manner for the testing of their Public Test Universe environments.

In order to provide an excellent experience, they have to create things from scratch, which takes a lot of time to do correctly.

Chris Robert's also stresses that they want to get the feel right, so that when it's available to the public it looks and actually feels like it should be a part of the huge vision of Star Citizen. A lot of work is being put into the small details of the maps. And of course the character animations aren't simply atypical programmed movements, these represent real-world activities and are hard to implement.

Like it or not, we know that with Star Marine we need to release a build that at the very least shows people where we want to go and not just what we were able to do before a clock ran out.

The delay has no effect on the rest of the development, with only 15% working on Star Marine. The rest of the team is hard at work helping to realize the other portions of the game. It seems that they want the alpha module to be more than just playable, as Arena Commander was. They want this to truly represent the greater dream they're trying to create.

Delays are certainly annoying, especially when promises have been made and copious amounts of money have been given to them, but I still feel that they are trying to give us as much as possible for the dollars (and Euros) that we've all spent. The promises are high, and with that come technical challenges that no other game has really experienced. Thankfully the open communication style and community involvement have helped to increase public confidence in them actually completing what they sought to do.