Forza Horizon 2 is Microsoft's open-world racing game developed for the Xbox One and Xbox 360 consoles. It is a sequel to the first release and also the Forza Motorsport series. The game has a standalone DLC for Forza Horizon 2 which is themed for the famous movie series 'Fast and Furious'. Standalone means that the DLC does not require you to specifically buy the game in order to play the DLC. The 'Fast and Furious' game DLC will be temporarily available free until the 10th of April after which it is planned to be priced at $10. 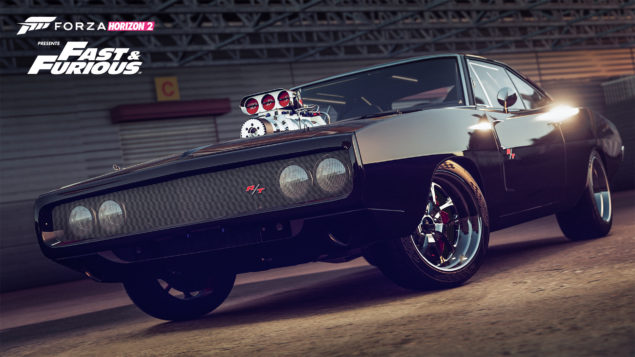 The DLC themed for Fast and Furious 7 franchise although has the cars, in common which as the Furious 7 Picture Car Coordinator Dennis McCarthy mentioned are “exact replicas” of the ones built by him for the movie, but the story of the game has no relation to the one in the movie whatsoever. So you'll probably have to check out the movie aswell when it arrives at a theatre near you on the 3rd of April. However, the game is not completely off the movie where in-game, you are recruited by the supporting movie character Tej Parker who lets you race to unlock 10 of the movie's cars.

You can have a look at these mouth watering screenshots below which you have to appreciate even if you're not a 'Fast and Furious' fan (which I seriously doubt you're not).

"Now millions can get behind the wheels of Furious 7 vehicles"

The second trailer more on the cars then the essence of the game and is labels the Fast and Furious game as:

The trailer is truly breathtaking and in case you're wondering the background music is 'Now' by Bassnectar Featuring Rye Rye. The DLC is available in stores as of 27 March so you can get your hands on it for free until 10 April. Do share your views with us on the game and the new trailers in the comments section.