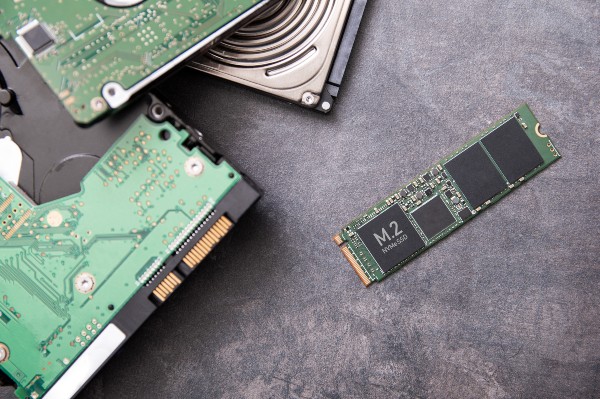 SSDs continue to dominate sales in the second quarter of 2021, showing signs of the end of an era of HDDs. In fact, the SSD industry shows an increase in shipping of the drives, from over 99.4 million units in 2021's first quarter, to currently 99.6 units.

SSDs are used in every category—gaming, consumer, and business enterprises all benefit from solid-state drives. This is even when HDDs are capable of holding as much as almost 351 exabytes of data, where SSDs can hold as much as 68 exabytes of data.

Currently, Samsung is the leader, showing an excellent first and second quarter with a 34.9% SSD market hold and a 24.9% total SSD unit hold, with Western Digital in second at 18.8% total and Kioxia following at 12.6% total. Samsung is also the current leader in NAND flash memory solutions. 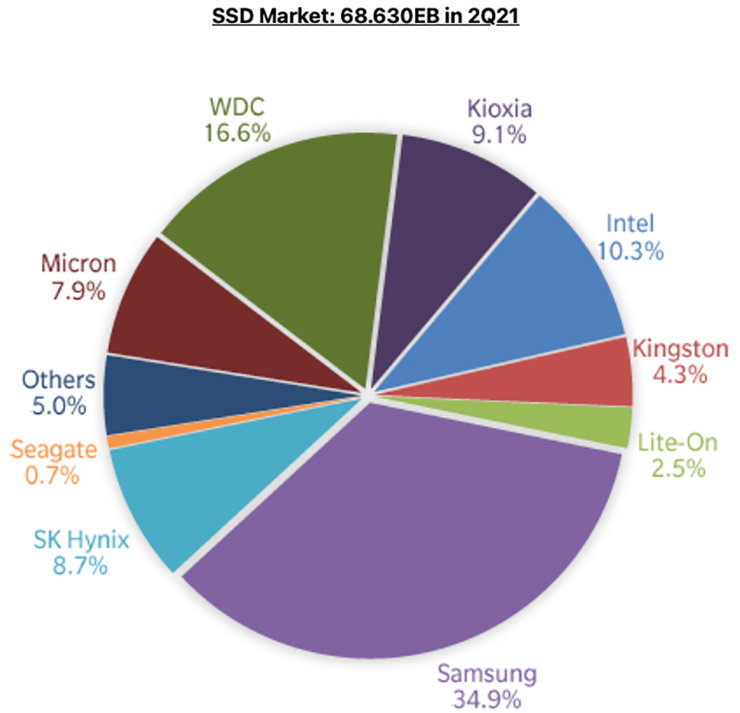 M.2 SSD models are typically the most cost effective to make than the DFF (drive form-factor) models, such as 2.5 inch SSDs, and due to the fact of their size, are used in devices like laptops and even next-gen consoles, such as Sony's PlayStation 5 system. However, DFF SSDs hold more information than M.2 SSDs, on average 512GB options are usually the lowest you can find for your storage needs. Drive form-factor SSDs become more popular for people looking to upgrade storage capacity, as well as the ability to find a great deal on most 2.5 inch SSDs. Also, customers benefit off of the increased transfer speeds compared to HDDs.

Business-level SSDs do not sell as high as consumer-level drives, only showing close to 13 million units sold in 2021's second quarter. It is to note, though, that enterprise SSDs hold a much higher data capacity as well as pricing than consumer SSDs.

Samsung also lead the pack with a 34.9% share (23.95EB), which exceeds the share of Samsung's closest rival — Western Digital — by almost two times. SAS SSD sales did not show much of an increase due to minimal technological breakthroughs in 2021. This is surprising due to the fact that PCIe/NVMe and SATA drives have a significantly smaller capacity than SaS SSDs, which on average is usually seen a little over 3.5 terabytes of capacity and utilized for high-importance applications. But, it is to be noted that SaS SSDs are much more affordable than PCIe/NVMe and SATA drives due to impressive premiums that companies like Western Digital offer.