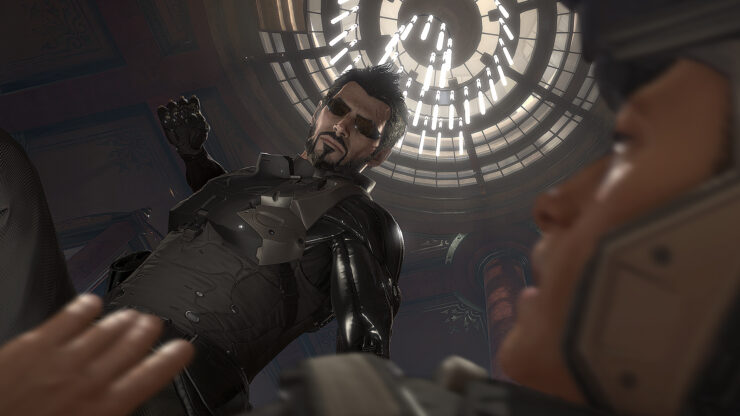 Square Enix released plenty of very good titles this year, such as the new Hitman and Rise of the Tomb Raider. If you have missed any of them, and you're planning to get them in the near future, you may want to take advantage of the Black Friday deals that are now live on the publisher's online store.

This year's Hitman has been praised as a return to glory, with the game capturing the spirit of the earlier entries of the series while adding some impressive new features. The episodic format also didn't damage the game in any way, as many feared.

Deus Ex: Mankind Divided is just as good as the previous Deus Ex game, as if not event more, despite some issues such an ending leaving too many questions unanswered, as noted by Alessio in his review.

Deus Ex games have been traditionally known for their complex plots and deep choices; Mankind Divided is no different, thankfully. The storyline explores some of the hottest contemporary themes (chiefly the multicultural and multiethnic society) through the lens of cybernetic augmentation, and it does so admirably well. It’s gripping from beginning to end, which is where it sadly leaves a sour aftertaste: the ending just leaves too many unanswered questions to be pleasing. We’ll have to see if the upcoming DLC expansions (the first one, System Rift, is due shortly) can fix this.

Rise of the Tomb Raider is yet another impressive game released by the publisher this year, with the recently released 20 Year Anniversary Celebration version finally allowing PlayStation 4 owners to enjoy the latest Lara Croft adventure.

The Square Enix store Black Friday sale will last until next week, so there's still plenty of time to take advantage of these very nice deals.