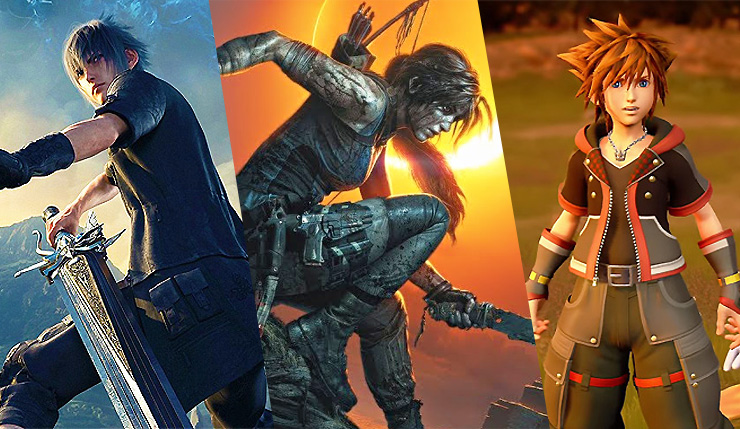 Square Enix almost always brings something exciting to E3, but they’ve never had their own press conference. Typically, Square Enix’s games are revealed during the big Sony, Microsoft, and Nintendo pressers, but the RPG specialist is changing things up by putting on its own show at E3 2018. Square Enix made the big announcement via the following tweet.

Save the Date!
The Square Enix E3 Showcase 2018 – Monday June 11 at 10 AM PDT/1PM EDT/6pm BST
Join us for a special video presentation to discover the exciting future of Square Enix!#SquareEnixE3https://t.co/OXdt8fTQSo pic.twitter.com/Oj9peIpcm5

As you can see, the Square Enix presentation will take place on Monday, June 11 (the same day as Ubisoft’s press conference) at 10 am PT/6 pm CEST. No word on how long the show will last, but Square Enix should have a lot to show.

The publisher has promised us a longer look at Shadow of the Tomb Raider, and we’ll likely get our first glimpse of The Avengers project from Crystal Dynamics. The company’s Japanese branch should also be well-represented, as we can expect an update on Dragon Quest XI’s Western release, a look at some new Final Fantasy XV DLC, and, hopefully, another Kingdom Hearts III trailer and release date. Will we also get another look at Final Fantasy VII Remake? I’m sure we’ll at least get a brief teaser, but it’d be nice to get a chunk of actual gameplay. Of course, there may also be some surprises, and what might Square Enix be working on for the Nintendo Switch? This has the potential to be one of E3 2018’s most packed presentations!

What do you hope to see from Square Enix at E3? As long as we get that Kingdom Hearts III date, I’ll be pretty happy, although I’d love to get an update on Deus Ex and perhaps a hint at what NieR creator/madman Yoko Taro is up to next. Oh, and a new Gex game – why are you sleeping on Gex, Square Enix?

E3 2018 runs from June 12 to 14, with the big publisher press conference kicking off the weekend before on June 9.