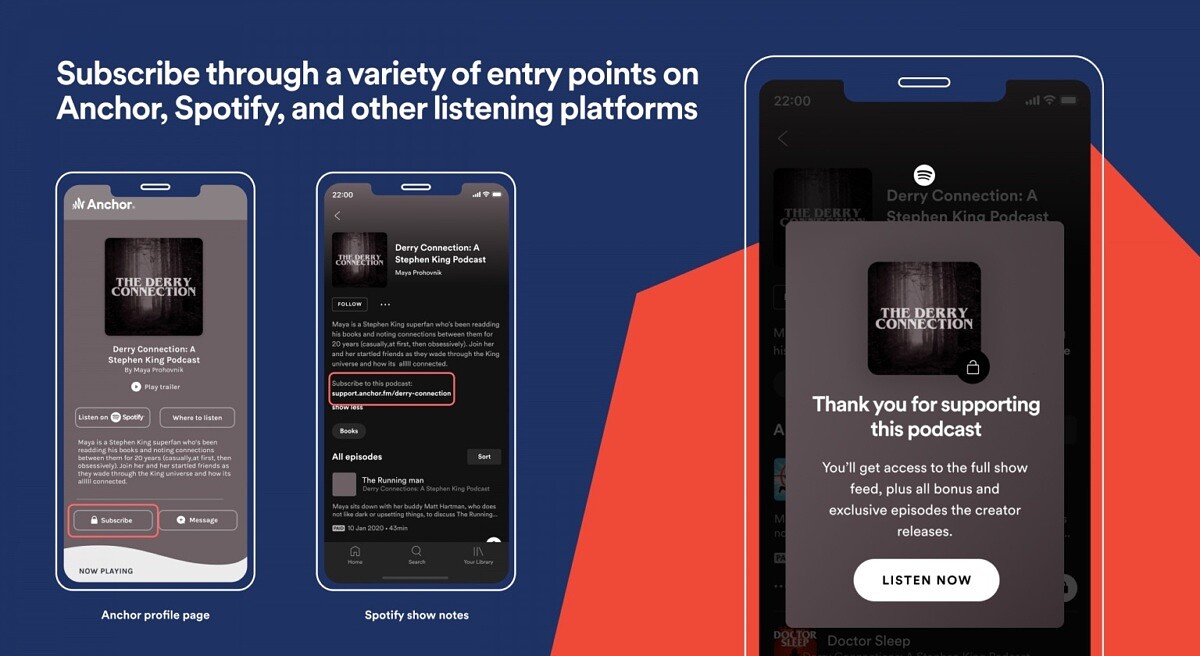 For the longest time, Spotify served as the leading music streaming service, and it would allow streaming music exclusively. However, over the past couple of years, the service has increasingly moved its attention to podcasts, as well. Spotify is now one of the most popular podcast streaming services, and they have been hard at work acquiring studios and exclusivity deals. Now, another change for podcasts on Spotify is rolling out all over the world.

Spotify introduced podcast subscriptions earlier this year, which basically allowed creators to offer paid subscriptions to their shows with extra bonuses such as exclusive content or early episodes. Many podcasts were already using a similar model, but through 3rd party services such as Patreon, coming back to Spotify could result in more revenue for creators. Spotify has said that it will not take any cuts for subscription revenue for the first two years; this is mainly done to gain the market share. But starting in 2023, it will be taking a 5% fee.

Meanwhile, Spotify itself sans the podcast subscription will now be available in six more countries such as Iraq, Libya, Tajikistan, Venezuela, the Republic of Congo, and the Democratic Republic of Congo.