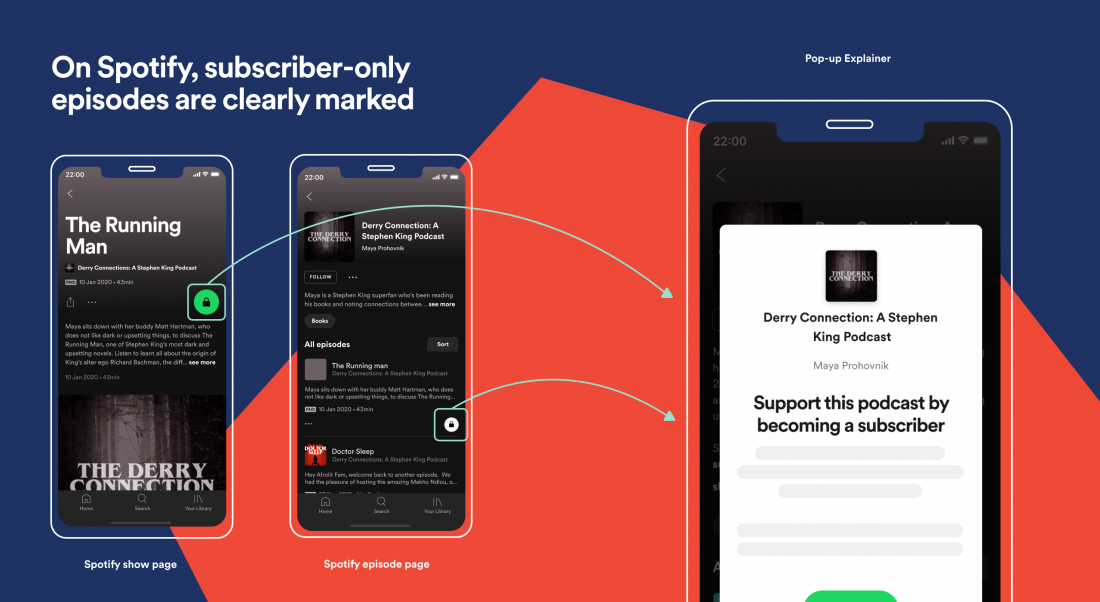 As rumored earlier this week, Spotify has finally announced its paid subscription platform for podcasts. The service will start rolling out in the United States starting today and will soon expand internationally in the coming months. The announcement is coming exactly one week after Apple announced their Apple Podcasts subscription platforms at the Spring Loaded event.

The new Spotify feature will be available to creators through its partner Anchor, which will allow the podcasters to mark episodes as "subscriber only." Spotify has talked about how it will come at no cost to the creator, and they are going to receive 100% of the revenue, excluding the transaction fees. However, starting in 2023, Spotify plans to introduce a 5 percent fee to access the tool.

Spotify Finally Launches its Podcast Subscription Service Ahead of Apple

Podcasts will be able to select from varying price tiers for their subscriptions. Starting from $2.99/month, $4.99/month, or $7.99/month. The rollout will be to 12 independent podcasts on Spotify but will continue to expand to more creators in months to follow.

All of the subscriber-only content will be fully searchable within the Spotify app just like all the other podcasts, but they will be marked with a lock icon on the play button until the listeners pay to subscribe.

Apple's version of this subscription is now debuting until next May, so this gives Spptofy a good chance actually to gain the market share before Apple jumps in. Not to mention, with Spotify's podcast subscription, there is no exclusivity as to who can use it or not.

Spotify has partnered with NPR to kick things off so they can be among the first media company to launch podcast subscriptions. Listeners will be getting ad-free paid shows on May 4, including "How I Built This with Guy Raz," "Short Wave," "It’s Been a Minute with Sam Sanders," "Code Switch," and "Planet Money.