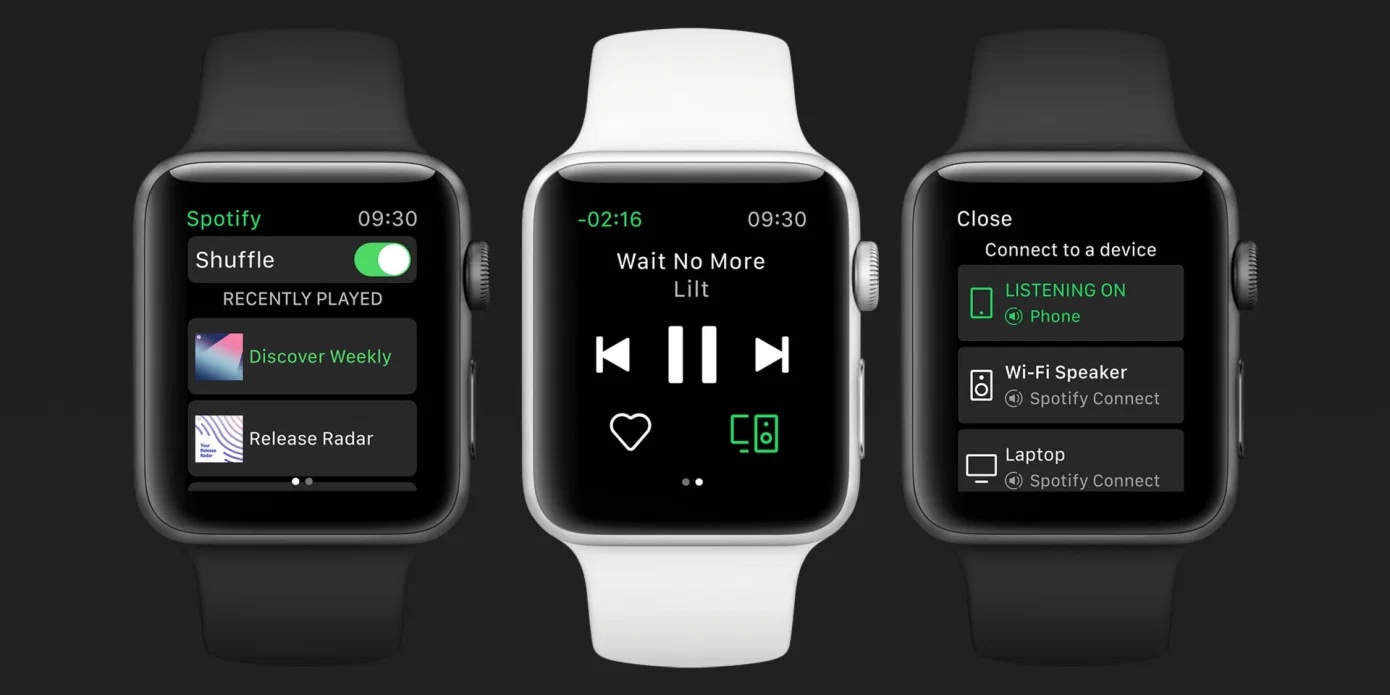 Spotify has started rolling out standalone streaming support for its Apple Watch app. This update allows users to listen to Spotify music and podcasts by directly streaming via a cellular connection or Wi-Fi, on their Apple Watch, without being tethered to an iPhone.

Although Spotify has supported Apple Watch with an app for some time now, it did not support streaming directly on the watch via the Internet. The app worked more like a remote control for the Spotify app on iPhone, allowing users to browse through their music and control playback. Users had requested support for standalone streaming for a long time, as it is useful in situations where carrying an iPhone is not feasible, for example during exercise, or running.

Spotify finally listened to customers and started beta testing the update last month. Now the update is gradually rolling out to all users. The update allows users to pair their favorite Bluetooth headphones to their Apple Watch, listen to Spotify, and leave their iPhone behind during exercise. However, despite a standalone watch app, Spotify still does not allow storing music or podcasts offline on the Apple Watch. This is something that the Apple Music app supports on the watch. Perhaps this will be the next update on Spotify's list for its app, along with support for HomePod.

The app also supports Siri, allowing users to speak to Apple's voice assistant and control their music. Users can also use Spotify Connect from their wrist, allowing them to control playback on other devices and speakers remotely, as long as they are on the same Wi-Fi network.

Standalone streaming for Spotify's Apple Watch app is supported on Apple Watch Series 3 and later, with watchOS 6.0 (watchOS 7.1+ recommended) and later. Users must make sure they also have the latest version of Spotify installed on their iPhone.