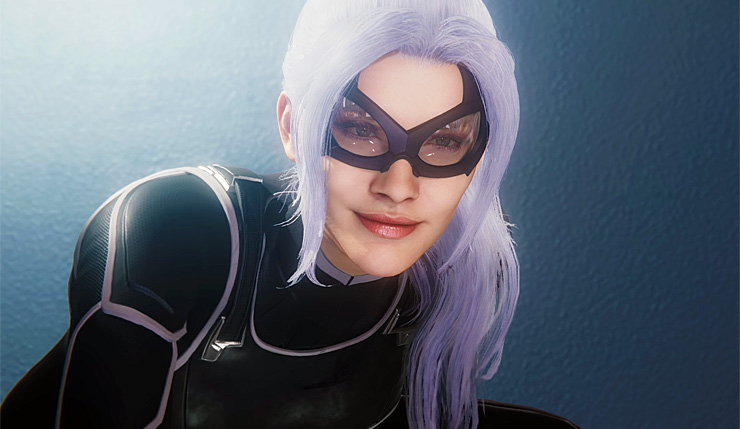 Last week Sony and Insomniac Games announced Spider-Man: The City That Never Sleeps, a three-chapter season pass, which will see Spidey getting into various after-dark adventures. The first chapter, The Heist, will feature Peter Parker’s friendly adversary/ally/sometimes lover Felicia Hardy/Black Cat, and now we have a teaser trailer showing the video game version of her in action. Check it out, below.

Looks like Black Cat’s outfit has been updated to be a bit more, er, practical, but otherwise, she still looks like herself. More importantly, we also get some classic shameless Spidey-Black Cat flirting – it definitely seems like Insomniac’s versions of Spider-Man and Black Cat have a history. One deep enough that Peter is willing to recklessly run along the side of a speeding subway to catch up with Felicia. Hey, according to Insomniac, Peter and Mary Jane are on a break during the events of the game, so no harm, no foul.

Here are a few more details about The Heist:

The first chapter of The City That Never Sleeps is The Heist. As you through play the base game, you’ll realize that Felicia Hardy, aka Black Cat, is back in town and she’s leaving clues around town to toy with Peter Parker. In The Heist, she finally reveals herself. Featuring new missions and challenges, as well as a brand new faction of enemies and three additional suits to unlock, you won’t want to miss it.

The second and third chapters of The City That Never Sleeps are entitled Turf Wars and Silver Lining. Here’s when they come out.