Spider-Man PS4 Has A “Story Behind Everything”, Dev Will Eventually Talk About Reasons Behind Changes 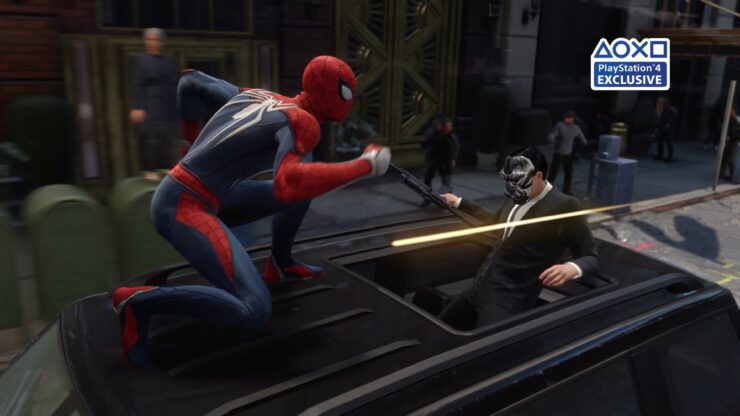 During Sony's E3 2016 conference, the publisher finally confirmed the rumored Spider-Man game launching on PlayStation 4 in  the near future. While what we have seen so far is very little, it looks quite interesting, and it seems like Marvel is just as excited as developer Insomniac for the upcoming game.

In a new interview posted on the Marvel official website, Marvel Entertainment Creative Director Bill Rosemann has talked about some interesting aspects of the Insomniac's Spider Man game. Following the game's announcement, it's been confirmed that the game's Pete Parker is different from the one fans have come to know in the movies and in the comics, as he will be a more seasoned hero. Changes to his iconic costume have already been revealed with the game's first footage, and Bill Rosemann confirmed that there's a story behind everything in the game, and they will be going in depth about all these changes in the future.

Marvel.com: And you’re going to give them all the answers!
Bill Rosemann: In due time, my friend! One day, when the time is right, we will go into great depth about why certain decisions were made. But one thing I can say now is that extensive thought was applied from the top of his mask to the bottom of his feet. We know how much people love Spider-Man and his costume. In my opinion, it’s the best-designed super hero costume of all-time. If you’re going to alter it, you have to understand what the original design achieved and be very thoughtful and have a reason for everything. Another thing I want to say is that Insomniac and Marvel are known as great storytellers, and there is story behind everything in the game, and as the months go on, we will dig into all of that.

Bill Rosemann has also been asked about what has yet to be revealed about the Spider-Man game. His answer seems to hint that the team has a very good idea on when the game will be released, making a 2017 release somewhat likely.

Marvel.com: And I know we’re speaking with a lot of broad strokes and vague details, but we’ll be revealing more in the months to come.
Bill Rosemann: That’s right, we will eventually announce the release date, and talk about why it’s coming out, when it’s coming out, and we’ll talk about its title. We’ll get into a lot of behind-the-scenes details, and we’ll bring it to you here at Your Man at Marvel Games.

Spider-Man launches on PlayStation 4 on a yet to be confirmed release date.