Spider-Man Includes A Lot of Elements To Make You Feel Like It’s Part Of A Larger Story, Says Marvel 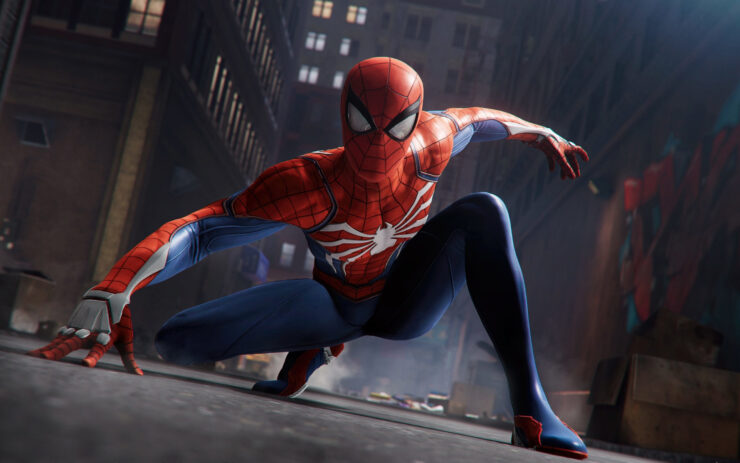 Bill Rosemann, Executive Creative Director at Marvel Games, was interviewed by The Telegraph on the upcoming release of Spider-Man for PlayStation 4 (in development at Insomniac Games). Not only he confirmed that the New York City players will be exploring has several landmarks of the wider Marvel universe, he actually hinted that it may be just the beginning of a "larger story".

This is Marvel’s New York. This is a Marvel game. It’s not in a bubble. It is the New York that you want Spider-Man in. So yeah, uh, if you’re a Marvel fan coming to play this game you’ll see familiar names and logos and locations and we’re lucky that you’ll see, oh, that is the Sanctum Sanctorum?! It’s not going to be a focus but you’ll be able to swing by it. You’ll feel like, this isn’t just any New York City, I’m in the Marvel universe. This is Marvel’s New York. There will be a lot of elements that will make you feel like it’s part of a larger story.

It's unclear whether he means with regards to a potential Spider-Man sequel featuring other Marvel characters or even links with other upcoming Marvel games (such as The Avengers, currently in development at Crystal Dynamics and possibly due for a reveal at E3 2018).

Either way, after a long drought Marvel fans are about to enjoy some truly amazing titles starting with Spider-Man, the PlayStation 4 exclusive title which Insomniac is trying to make every bit as great as the best first-party content on the platform. It'll be available on September 7th and we expect new gameplay and information to be shared during E3 2018.

An all-new Spider-Man universe featuring familiar characters in unfamiliar roles. Peter Parker deals with his complex dual life as a young adult with great powers, discovering how his many relationships evolve.

Blockbuster Action in an Open World

An all-new Spider-Man universe featuring familiar characters in unfamiliar roles. Peter Parker deals with his complex dual life as a young adult with great powers, discovering how his many relationships evolve.

An experienced Spider-Man with several years of crime fighting under his belt, Peter Parker has sheer mastery of his powerful spider-sense, dynamic skills, acrobatic abilities, and new suit.