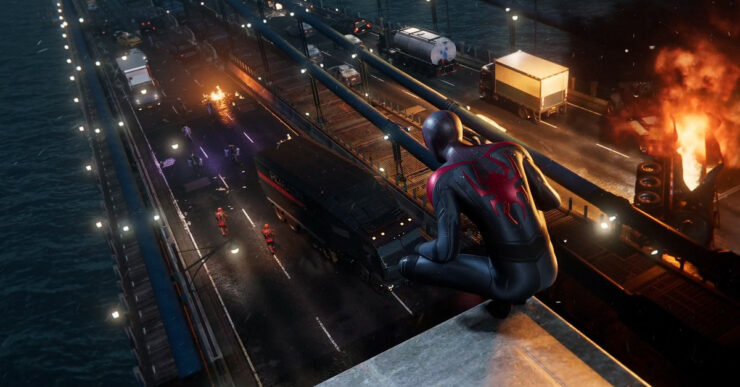 New Spider-Man: Miles Morales gameplay footage has been shared today, showcasing an impressive new sequence that has never been seen before.

The new gameplay footage, shared by Eurogamer today, features an impressive new mall sequence that also includes a new look at a villain Spider-Man fans know well. You can take a look at the new footage below.

We recently had a sneak peek of the first 25 minutes of Spider-Man Miles Morales - and it looks set to be an amazing Spidey adventure that sees Brooklyn-turned East Harlem teen Miles Morales taking over the great responsibility of being everyone's favourite friendly neighbourhood Spider-Man from Peter Parker. Join Aoife Wilson as she talks to Insomniac's creative director Brian Horton and game director Cameron Christian about everything Miles Morales - from the Tinkerer and Aaron Davis to new abilities and tricks and swinging across New York City.

Yesterday, more combat footage has been released online, showcasing the new area of effect abilities that will be extremely important to fight off the higher number of enemies Miles will have to deal with in each encounter.