Xbox boss Phil Spencer made waves last week with his comments that hinted towards the possibility of players being able to upgrade their console hardware one day in the coming future. He stated that with the company’s efforts, the Xbox game consoles could see a future in which users will be able to upgrade them, rather than replacing their console by a new one. However, Spencer has now put out a clarification for those comments, making it clear that you won’t be able to bust open your Xbox One with a screw driver and swap out GPUs, if that is what you thought. 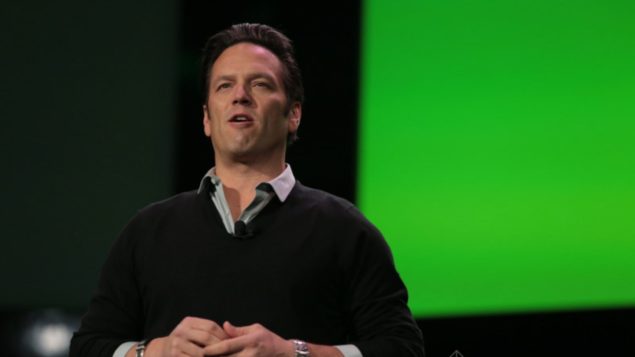 "What We’re Doing I think is Good for the Console Space, In Addition to Being Good for the PC Space,” Says Xbox Boss

Last week at the Xbox Spring Showcase in San Francisco - while talking about Microsoft’s efforts for creating a connected ecosystem by bringing Xbox One and Windows 10 PCs together - Spencer explained how this process will be in benefit of both PC as well as console gamers with faster software and hardware innovation. Many took this to mean that Xbox One console will be made upgradable rather than being replaced by a new console in future, and that players will be able to upgrade internal hardware of their consoles just like PC. However, that is not how it is, Spencer clarified during the latest episode of Major Nelson’s podcast. He said:

“Am I going to break open my console and start upgrading individual pieces of my console?” That’s not the plan. There is something special about what happens with a console. You buy an applicance-like device. You plug it into your TV. It works when you plug it in. It’s not like I’m going to ship a screwdriver set with every console that comes out.”

“What I’m saying is: as hardware innovations happen, we want to be able to embrace those in the console space, and make those available, and maybe not have to wait seven or eight years for things to happen. But right now, we’re obviously not announcing hardware. I’m happy with the console we have, the platform we built on top of that console and the constant innovation, and the games that are there. But as a longer-term vision statement, I wanted to make sure people understood that what we’re doing I think is good for the console space, in addition to being good for the PC space.”

When asked if fans can expect another Xbox console after the Xbox One, Spencer said:

“In the showcase I wanted to stand-up and talk about the vision that we have, which is a longer-term vision. People have asked me before, are we going to do another console? And I say that I fully expect that we will. And people say “well, why do you say fully expect? Why don’t you just say yes?” Hey, I’m in a job right now, and I kinda make the decisions based on what’s today. I can’t always predict the future. But I say, if you think about the strategy we’re on, the strategy is a long-term vision that includes multiple hardware generations on both console, and frankly PC.”

"So I wanted to explain that what we're doing today I think makes the console ecosystem better, in a way. Because I, both personally, as well as watching what happens in the industry, I've said the 'end of a generation' and this step-function that happens is not something I embrace. I think it's something we can do better at. I see it in music, I see it in books, I see it in movies. When I buy digital content, that digital content stays with me and I'm able to use it when I got out and get new devices."

There are a lot of possibilities as to what Microsoft might actually have in mind for the future of PC and console gaming, and since all we get from official statements is only hints at the future, we can't say anything certain right now about idea where Microsoft is going with all these steps that it's currently taken is planning to take. What do you make of Spencer's latest comments on the topic? Let us know in the comments section below.