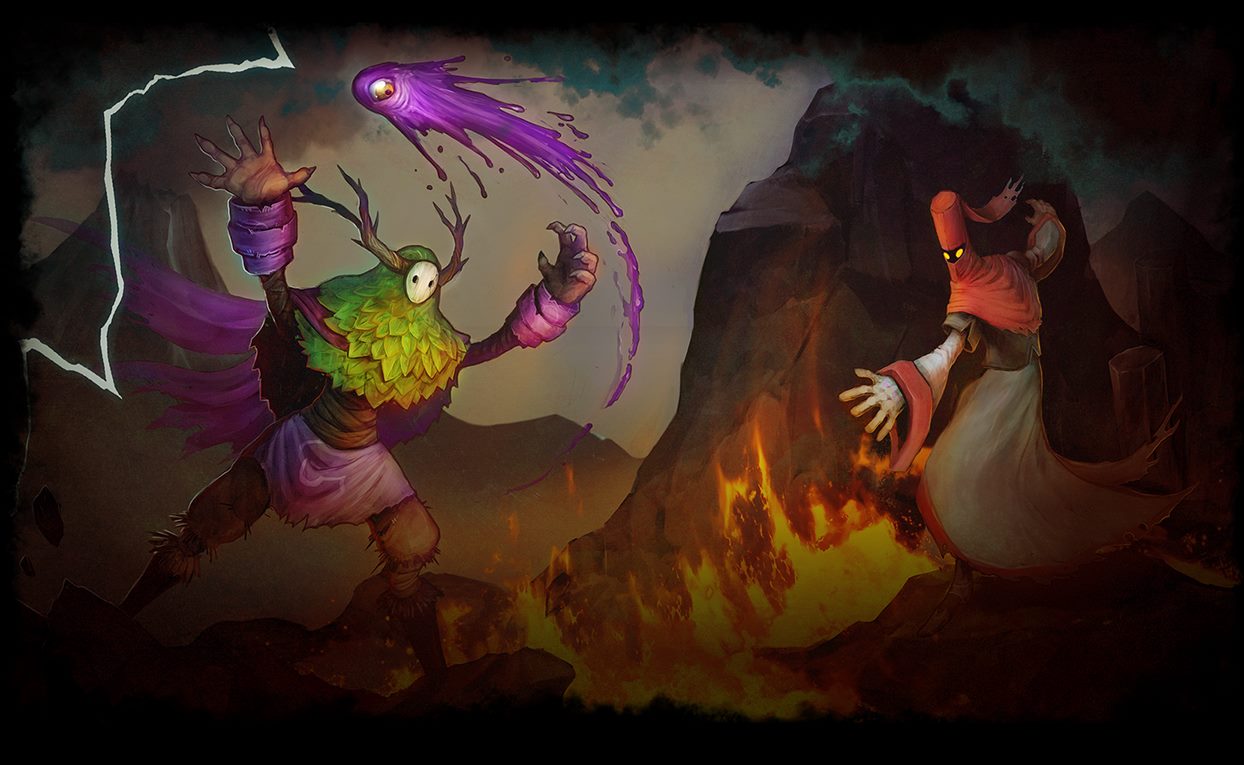 We've got a new giveaway for you today for Spellsworn, the indie top-down PvP arena game made by Swedish team Frogsong Studios. Spellsworn has been available on Steam Early Access for quite a while, where it managed to get the approval of gamers with an 83% positive rating.

However, it's certainly not easy for an indie team to get enough visibility these days on Steam (and elsewhere, too). This is why Frogsong recently announced that the game would switch to the Free-to-Play model in the near future. There's no concrete date yet, but you can jump into the game right now by picking one of the 3K codes we're giving away below and redeeming it on Steam. Enjoy!

Inspired by arena and player vs. player classics, such as League of Legends, Super Smash Brothers, and the Warcraft 3 Mod, Warlocks, Spellsworn is a PvP arena game in which you must use magic and quick reflexes to outsmart and obliterate your opponent. Set in a world gripped by a war of magic, you and other spellcasters fight for control over 5 rounds of battle in areas of power.

Using a limited amount of currency that increases throughout the game, you must determine the best spells for the job from your varied arsenal and defeat your enemies by reducing their health to 0. Will you focus on Offensive spells such as Fireball and Meteor, or will you Windwalk your way through your opponent’s attacks and Counter Pulse their spells back at them? With an ever-changing environment that poses as much of a threat as your opponent, adaptation is just as important as a quick hand and mind. In such a brutal and chaotic world, only the skilled and strong will be victorious.

So, don your robes, banish your summoned Rock Pillars, and prepare to do battle in the arena of Spellsworn!