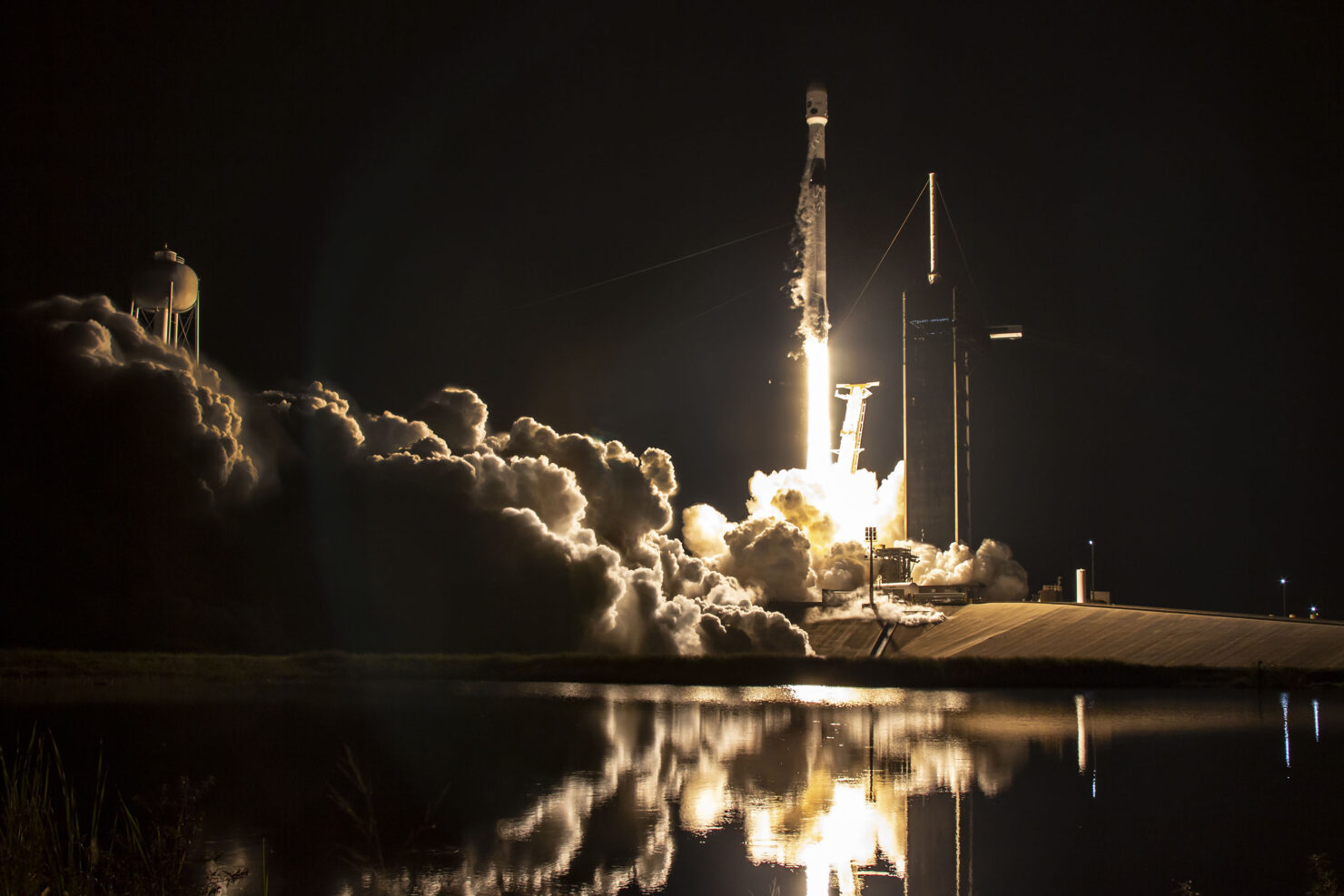 The National Aeronautics and Space Administration (NASA) and Space Exploration Technologies Corporation (SpaceX) successfully launched their third cargo resupply mission for 2021 to the International Space Station (ISS) earlier today. This mission used SpaceX's Falcon 9 rocket, and it was only the second time the company used a brand new Falcon 9 rocket for a mission in 2021. This marked for a steep reduction over last year, and it made for the least amount of new rockets that SpaceX has used during a full calendar year in its history. Additionally, the new booster which landed soon after liftoff marked a century of booster landings by the company which has its sights set on Mars through achieving rapid reusability, as it remains the only global entity capable of landing its orbital-class rockets.

Today's launch marks the second time that SpaceX used a new rocket for its missions in 2021, which is the lowest in the company's history, beating 2013 when all of the year's launches had used new rockets. Additionally, it also marks the 100th Falcon 9 recovery ever since the first booster landed at the Cape Canaveral Space Force Station in Florida in 2015, a feat that took SpaceX six years to accomplish.

Onboard the new booster that took to the skies early morning today was SpaceX's second-generation cargo Dragon capsule, which flew roughly three tons of cargo to the ISS. This payload includes holiday supplies for the astronauts on the orbiting space laboratory, alongside experiments ranging from biology to cancer research and materials sciences.

The Cargo Dragon will join SpaceX's Crew Dragon on the ISS, which took off in November just days after the preceding Crew-2 mission returned to Earth after testing its endurance limits. Today's launch was also another special occasion that saw SpaceX fire on all cylinders to rapidly launch three different missions from three different launch pads in just four days. 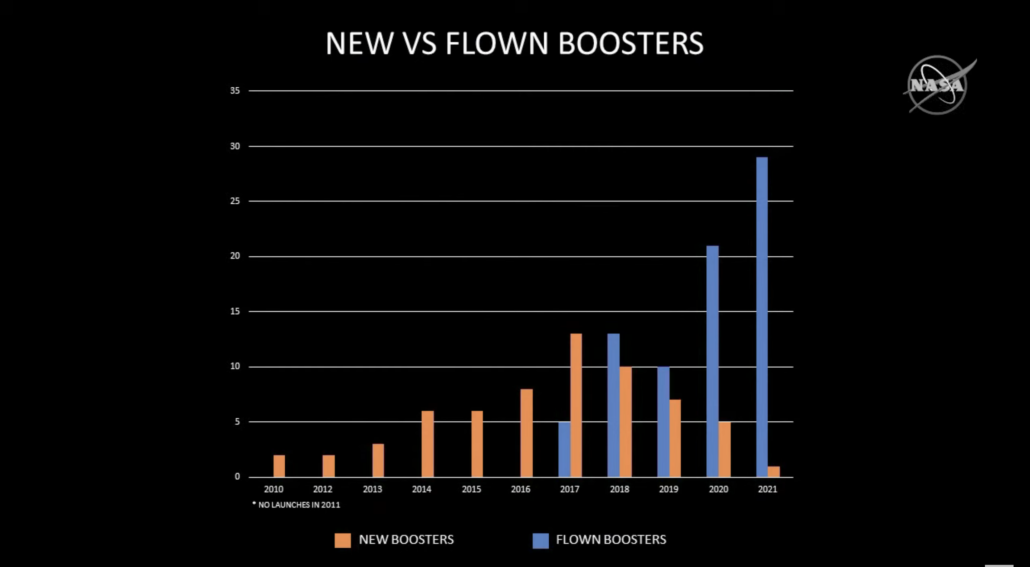 A slide shared by SpaceX's director Dragon mission management, Ms. Sarah Walker during a press conference for the CRS-24 mission yesterday indicated that the company's ratio of reused to new rocket boosters is continuously decreasing over the years. Image: SpaceX/NASA TV

The CRS-24 mission marks the fourth mission for the renewed cargo delivery contract between NASA and SpaceX, with two missions remaining to be launched potentially next year. It will be followed by the crewed Crew-4 launch expected during the first half of 2021, alongside SpaceX's first private crewed ISS mission following Japanese billionaire Yusaku Maezawa's trip to the space station on board the Russian Soyuz earlier this month. Maezawa has also signed up for a trip to lunar orbit on SpaceX's Starship launch vehicle platform.

Out of the 31 launches from SpaceX this year, the majority remained dedicated to the cmpany's Starlink satellite internet constellation. Starlink, which accounted for 53% or 14 of SpaceX's 26 launches last year saw this percentage increase slightly to 54% in 2021 for 17 of the total 31 launches during the calendar year.

However, as highlighted by SpaceX's director Dragon mission management, Ms. Sarah Walker during a press conference for the CRS-24 mission yesterday, 2021 also saw a rapid increase in reusability. While SpaceX used what it calls 'flight proven' boosters for five launches (19%) in 2020, this year it drastically cut down the percentage to 6%. Or in other words, the reused boosters accounted for 93% of the Hawthorne, California launch services provider's 2021 launch manifest.

The high rocket reuse will help SpaceX focus its funds on other areas, as it aims to build both the world's largest satellite constellation and the world's largest rocket in one go. The company's Starlin satellite constellation aims to place as many as 42,000 spacecraft in the Earth's orbit, while its Starship launch vehicle system hopes to further reduce the costs of space access by reusing the entire rocket and carrying heavier payloads to the low Earth orbit (LEO), the Moon and to Mars.

Among the payloads flying on the cargo Dragon right now is an experiment from Proctor & Gamble (P&G), which aims to develop a detergent to enable astronauts and space travelers to wash their clothes in space. Another aims to develop sturdier turbine blades in microgravity to improve jet engines and power generation plants.