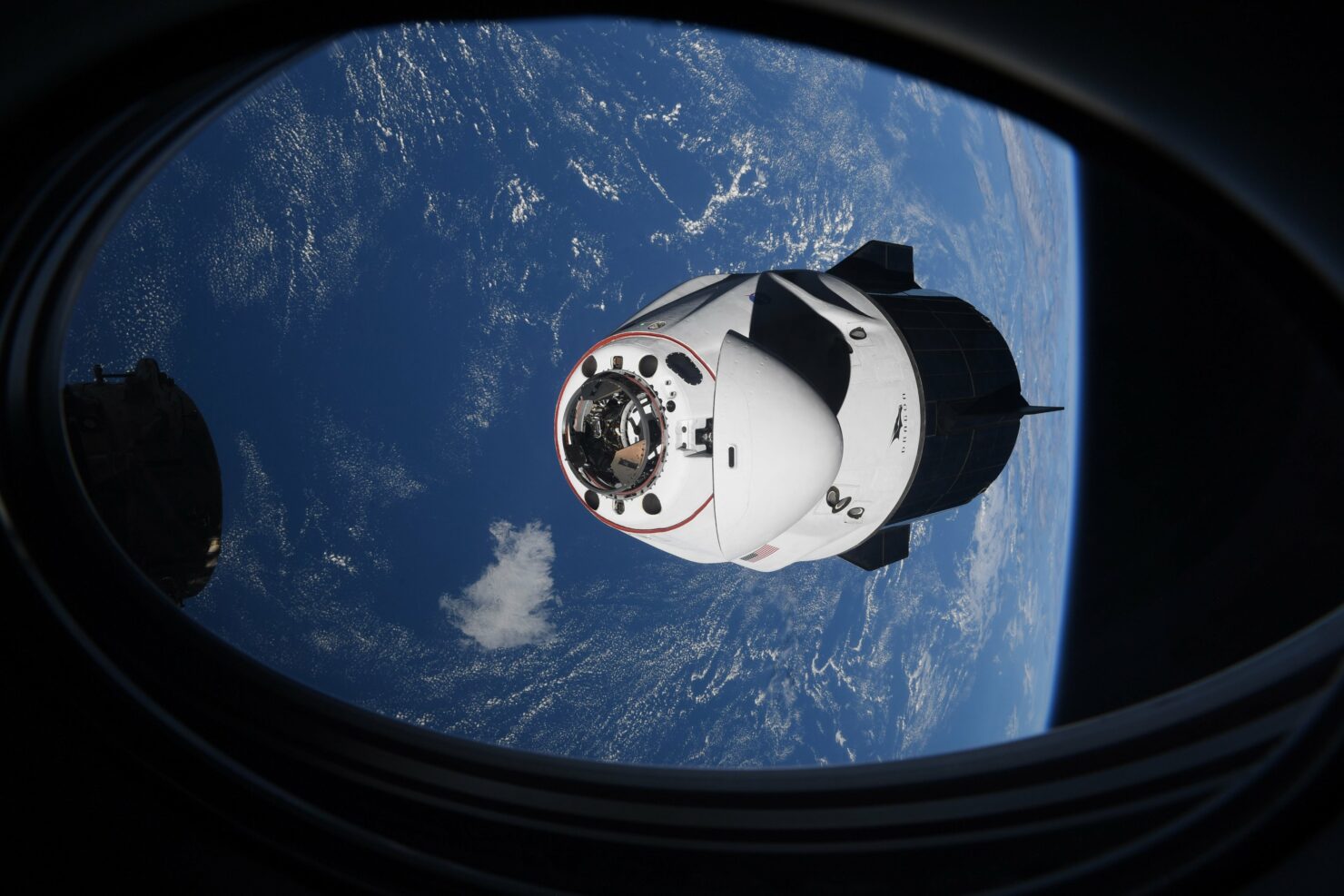 In a media teleconference ahead of a troublesome Crew Dragon return, officials from theNational Aeronautics and Space Administration (NASA) and Space Exploration Technologies Corporation (SpaceX), assured attendees that the Crew Dragon spacecraft docked to the International Space Station (ISS) remains healthy and in shape for return. The pair have been trying to balance the return of NASA's SpaceX Crew-2 mission and the liftoff for the Crew-3 mission, with the return initially planned to take place after the launch.

However, weather and medical problems have injected uncertainty into these plans, with the Crew-2 spacecraft now set to undock from the ISS tomorrow in the afternoon and complete a short eight-hour journey before splashing down on Earth at night.

During the conference, NASA's deputy manager for the Commercial Crew Program (CCP), Mr. Ven Feng explained that weather constraints are the primary factor that have delayed NASA's Crew-3 launch to next week, making the agency bring the Crew-2 return forward. The Crew-2 mission took the skies in April and has spent 198 days in orbit. The official also shared the details about the Crew-3 launch, which will be NASA and SpaceX's second crewed launch this year.

Weather remains the primary driver for the resequencing of activities. So we're tremendously proud of the entire integrated teams, the NASA teams, SpaceX, the coast guard,  FAA and man others have shown their ability to very quickly pivot from Crew-3 launch and Crew-2 landing to do reverse and they've done that in just a matter of days. This has been an unprecedented situation switching from the direct to indirect and we're in a very good posture. Teams are doing it very professionally and we'll be ready in time for the opportunities we'll tell you about here during this briefing.

Earlier in the week we could tell the weather was going to be a challenge. We had a low pressure system moving through Florida causing constraints on the Eastern seaboard. For those of you who were in Flordia yesterday, you got to experience it all those winds and rains were a challenge we were looking at for our first two launch attempts which would have been scheduled for today and tomorrow. We were hoping the weather would improve Monday to allow for a direct handover but that wasn't looking good either. So at the same time, we noticed a high pressure system moving behind the storm front, the likelihood of increasing favorable splashdown weather for Crew-2 in the Gulf. We asked the joint teams to assess and begin some early planning for indirect handover while keeping the Mondy launch opportunity open. 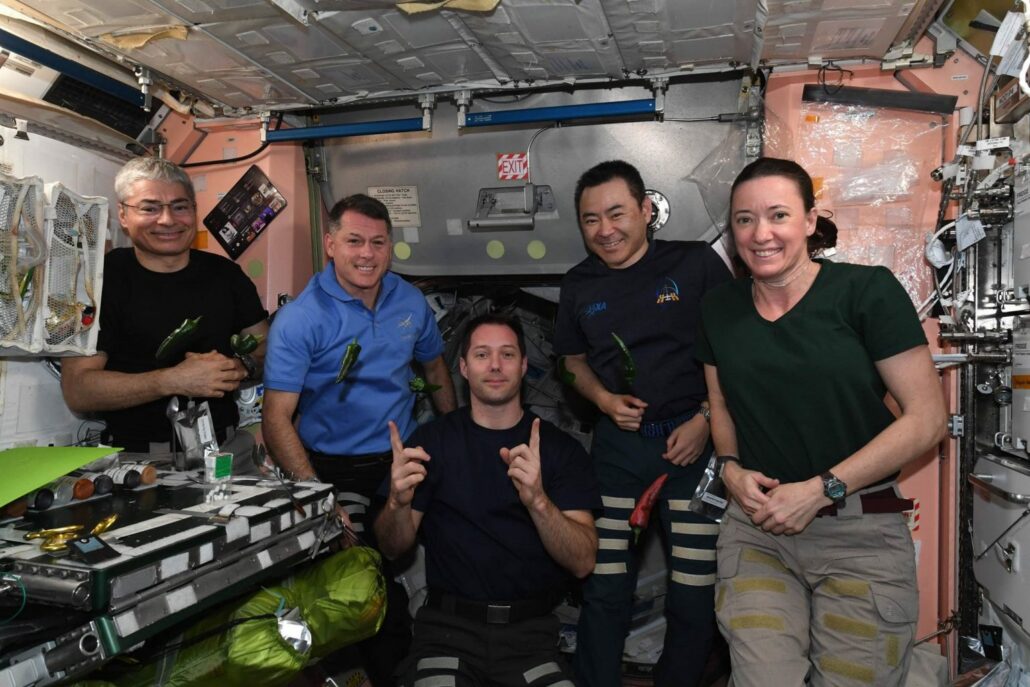 Following this, the discussion moved towards the Crew-2 Dragon Endeavour, which is about to enter its 200th day spent in orbit. The spacecraft has been certified by NASA and SpaceX for 210 days of orbital life, and at this front, both Mr. Feng and SpaceX's director Dragon mission management, Ms. Sarah Walker, sounded confident about its health.

Responding to a question about SpaceX's turnaround times between landing and launching spacecraft, the SpaceX executive replied that:

So given the return durations for both the primary and backup undocking dates they both would splashdown on Monday, either morning or evening. So that shortest time before our first launch opportunity would be two days. And that is a supportable amount of time we've looked at the assets and the personnel supporting both the Crew-2 recovery operations and the Crew-3 launch operations. The teams and assets are actually largely independent. There's a couple of folks that support both and that gives them multiple sleep cycles to be able to transition from one activity to the next and be well rested. It also gives a chance to do a quick data review from the downhill leg of the Crew-2 vehicle. So we can do some initial inspections on the boats, we can look at the telemetry from the return portion and we'll hold the delta launch readiness review with NASA at L-24 hours to the first launch opportunity. 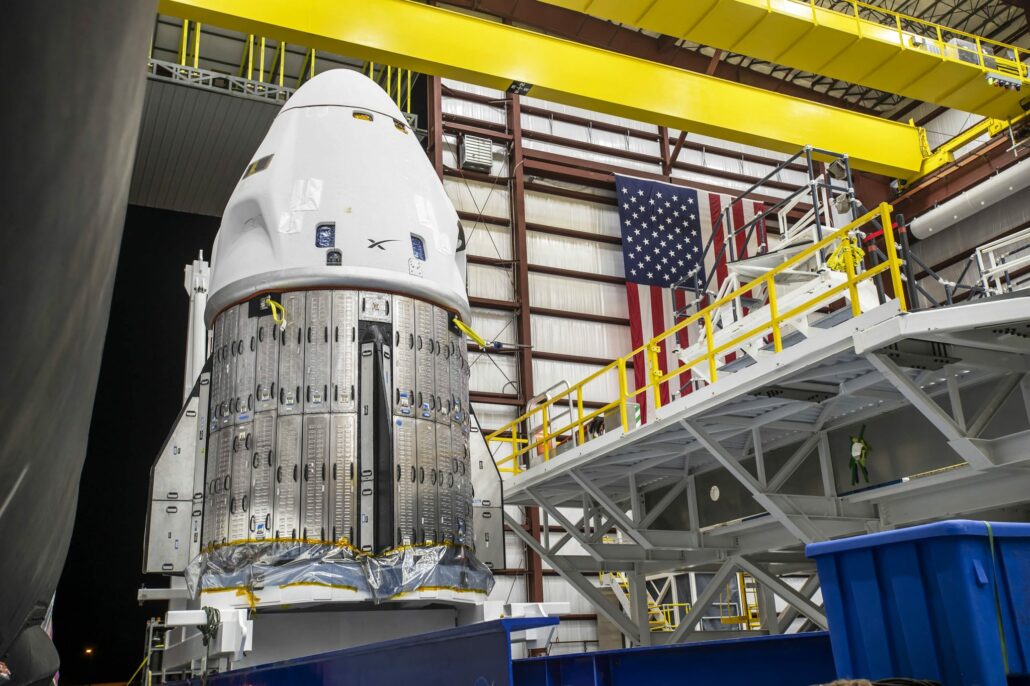 Mr. Feng also confirmed that while the certified time limit for the Dragon's orbital life is 210 days, extending the vehicle's life is possible. Building upon this, Walker explained that the 200 days limit was set according to NASA specifications, with the hardware being certified to meet these.

The NASA official shared some of the different systems on the Crew Dragon that need to be evaluated to determine how long the Dragon can spend in orbit. According to him:

From a 210 day limitation, that is the cert limit and of course when you look at all the many thousands of aspects of certifying a vehicle. Everything is certified any anything that has got a lifetime has to be evaluated for a lifetime and in this case that lifetime was for 210 days in most cases. So we'll be looking at things like the performance of the solar cells right. Solar cells degrade while they're in space. These particular solar cells are actually performing very well. So on every Dragon 2 vehicle that's come to Space Station, it's exceeded its certified performance and degradation is less than what was assumed in the analysis. Propulsion systems have highly corrosive propellants inside and so soft goods like seals, can be a limiting factor. They can be in other spacecraft and in this particular one they've shown no problems in exceeding the lifetime of 210 days. Times of margin that we put on top for conservatism.

There's the exterior top protection system outside which is exposed all the full radiation of the Sun as it's exposed up in space those walls RTV so there are just many different aspects and those three I mentioned are probably sort of the top aspects along with anything consumables that might be inside like for instance the carbon dioxide removal or other consumables used inside the Dragon. So it's a fairly, it's a very comprehensive analysis we'd have to go back, our teams have already sorted that relook. They've done initial look, they're doing a relook and this particular case teams are primarily focused on that return. But for the future, we're always keeping in mind that 210 life.

The SpaceX Crew-2 is set to undock from the ISS at 14:05 EST tomorrow and spend roughly eight hours during its return journey before splashing down at 22:33. On it, NASA astronauts Meghan McArthur and Shane Kimbrough, the European Space Agency (ESA) astronaut Thomas Pesquet and Japan Space Exploration Agency (JAXA) astronaut Akihiko Hoshide will return to Earth after having spent six months in orbit.