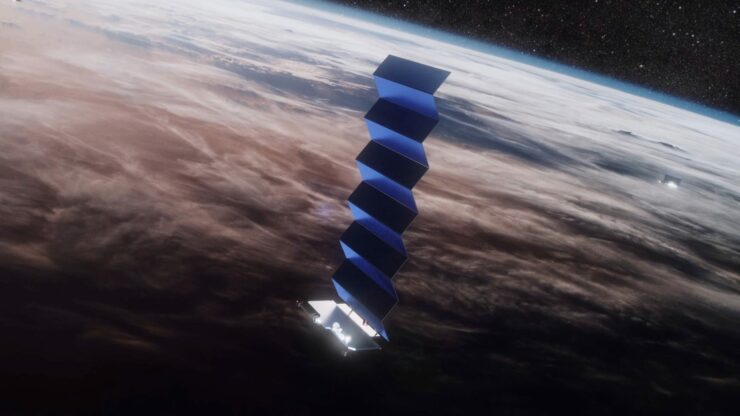 A render of a SpaceX Starlink satellite in orbit. The company has launched 420 of such satellites so far and it intends to launch thousands more in an attempt to provide low-cost internet all over the globe. The next Starlink launch is planned following the Crew Dragon Demo-2 mission currently slated for May 27, 2020.

Earlier this week, the Federal Communications Commission released a public draft of its proposed rules for a $16 billion Rural Digital Opportunity Fund. The fund intends to ensure that Americans in rural areas have easy access to broadband internet, and to that end, it aims to help service providers in providing this access by bearing some of the cost via payments made to them over the next ten years.

The fund has been the focus of internet service providers consolidated under US Telecom, WTA - Advocates for Rural Broadband, Space Exploration Technologies Corp (SpaceX) and Telesat Canada. The battle for funding has resulted in the Commission considering whether to disbar satellite service providers from applying for funding in categories with low latency - a fact that has seen several comments submitted by SpaceX and Telesat opposing this consideration.

To that end, the new draft still raises concerns on SpaceX's ability to meet the FCC's proposed latency requirements – despite the company's Director of Satellite Policy Mr. David Goldman's insistence throughout the course of the proposal that the concerns are unwarranted.

The FCC's requirements for broadband performance covered by the bids submitted covers four speed/usage allocations (table below) and two latency requirements. These will be weighed down with ratings that disfavor bids that have higher latencies and lower speeds + monthly usage limits. Therefore, in order to have the greatest chance of having their bids go through, carriers will naturally prefer that their bids are not assigned any weight.

In the new draft, the Commission remains open to let service providers that have no proven experience in delivering the said services through their proposed technologies. For instance, SpaceX has argued that since its Starlink constellation operates in Low Earth Orbit, it will reduce latency below what several commercial providers currently offer, with the time-delay being significantly lower than the FCC's 100ms low-latency threshold. The FCC's ≤100ms latency requirement carries a zero weighting in the bid evaluation process, while latency ≤750ms carries a weight. 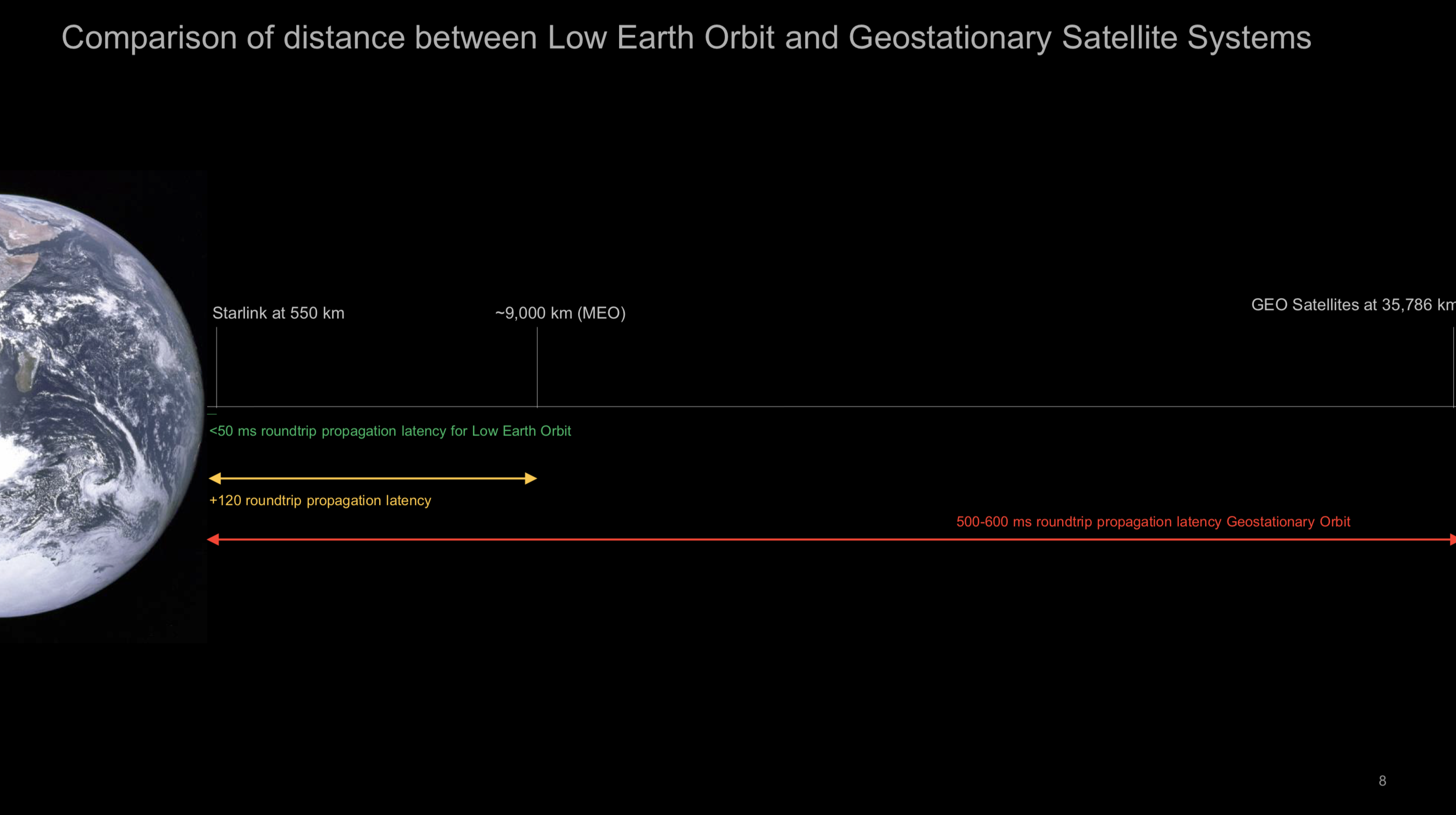 Page 8 of SpaceX's presentation to the FCC for the Rural Digital Opportunity Fund filed in February this year.

However, when considering proposals that propose the use of non-geostationary satellites for providing rural internet coverage, the Commission is blunt in its new rules. The FCC has explicitly stated in the proposed rules (Paragraph 109) that since no non-geostationary service provider has provided it with a real-world example of a network with <100 ms latency, all applications for such networks are now "foreclosed"

Additionally, in the prior paragraph, Commissioner Pai refutes assertions made by SpaceX and other carriers that orbital altitude is the sole criteria for enabling a satellite-based network to meet the Commission's bare minimum latency requirement. Instead, he notes that both propagation delay (time taken for a radio wave to travel between an earth-based base station and a sattelite) and processing delay (time taken for a network to process requests) are real world determinants of performance, and since the FCC does not have any evaluation criteria for evaluating sattellite-based networks, it finds it difficult to allocate funds to unproven networks.

The FCC also backs its decision to remove non-geostationary satellite network providers from being able to apply for low latency, high-speed bids by stating that since these technologies are unproven, they carry with them a higher risk of default. 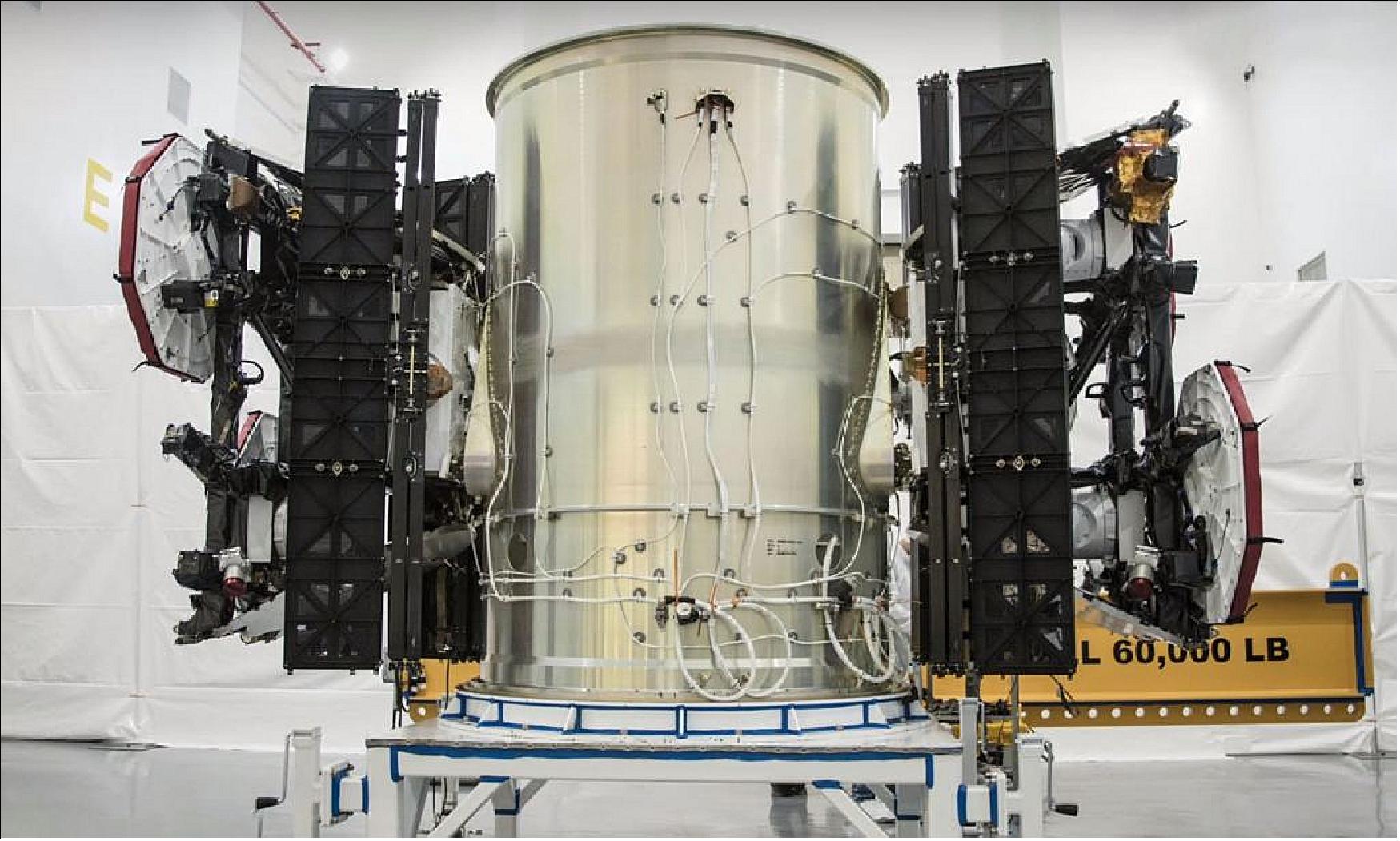 SpaceX, for its part, has been regularly trying to convince the FCC that the Starlink constellation is capable of meeting the Commission's low latency requirements. Additionally, the Hawthorne, California-based company has also requested the Commission to not only stay technologically neutral for all aspects and tiers of the bid (an area in which it has failed, as evidenced today) but it has also requested the FCC to rework its fund distribution model by distributing the funds in tranches instead in one go.

Additionally, the company has also argued that the Commission's requirement of a standalone voice service as a mandatory part of providing the aforementioned internet services due to the facts that it drives up costs for providers (and therefore increases cost for the consumer) and that Americans are no longer choosing to purchase standalone voice services as part of their packages.

SpaceX's request that the FCC distributes its funds in tranches instead of one go argues that such a move will ensure that the body is able to stay abreast with technological developments in the industry, and not 'lock' the funds into technologies that might be superseded by superior alternatives in the future. Naturally, if this request were approved, then SpaceX would be able to bid for low latency and high-speed packages in the future after it proves that Starlink is a viable concept that is capable of supporting mass-market needs.

The company has also argued about the merits of the FCC adopting a milestone-based approach when handing out funding grants for the Rural Digital Opportunity Funds. Such an approach would partially mirror the arrangements that SpaceX and other aerospace companies have with bodies including the National Aeronautics and Space Agency (NASA) and the United States Air Force (USAF).

The full text of the public draft of the FCC's Notice and Filing Requirements and Other Procedures for Auction 904 for the Rural Digital Opportunity Fund can be accessed here. Correspondence between SpaceX and the Commission can be accessed publicly on the FCC's EElectronic Comment Filing System.