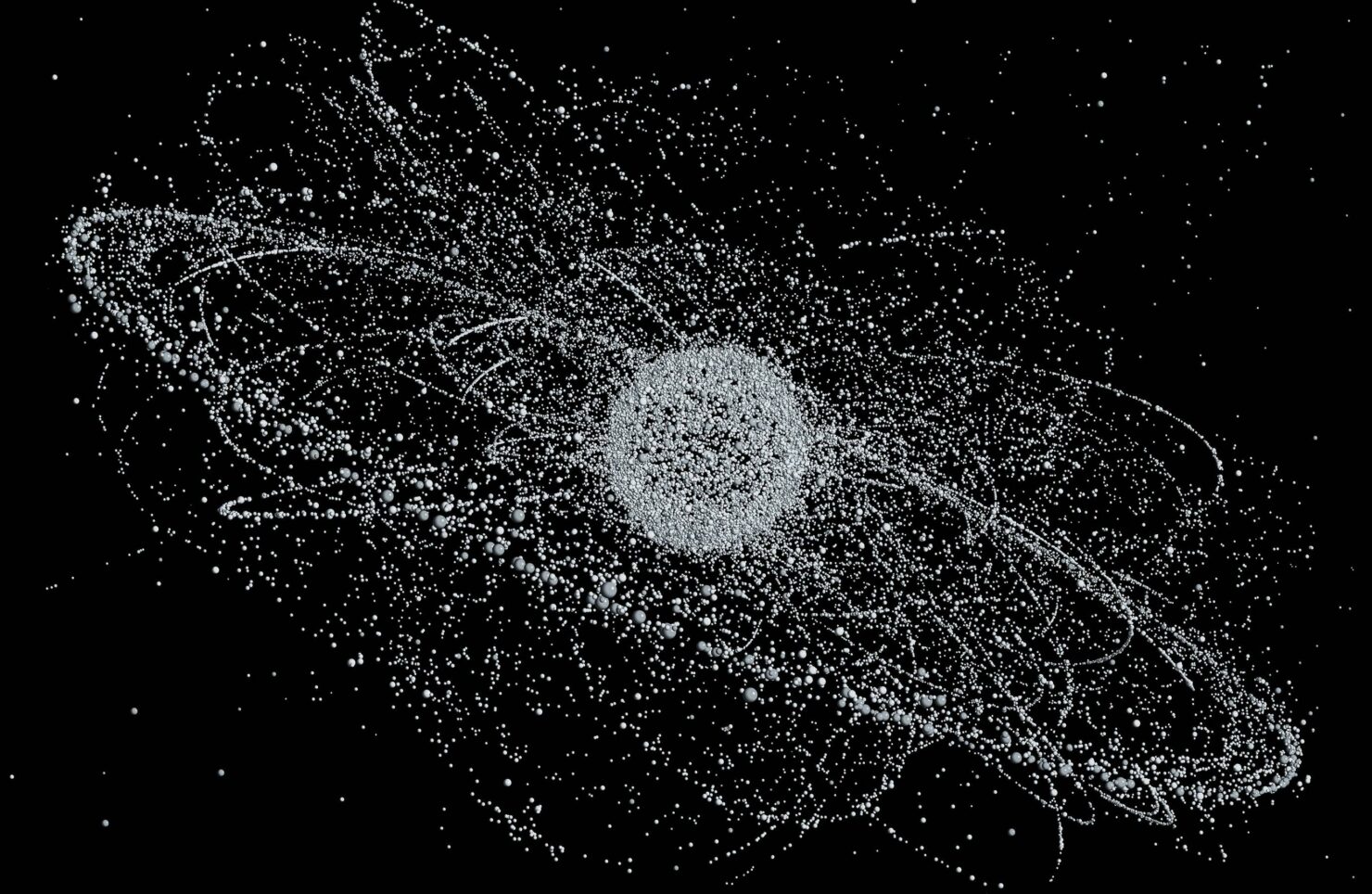 The battle between SpaceX and Amazon surrounding a petition submitted by the latter to the FCC for changing rules related to the Commission's processing of modifications to existing applications for non-geostationary fixed-satellite service (NGSO FSS) internet service providers continues. Amazon, which has laid down a set of parameters for the FCC's consideration regarding the application of Section 25.117 of its rules argues that the current interpretation of this section stifles competition in the industry and allows service providers to upgrade their systems at the expense of competitors who intend to launch such systems in the future.

The arguments provided by both companies came to head once again today as both SpaceX and Amazon submitted fresh replies to comments in the FCC's docket (RM-11861) assigned to the matter. These replies cite comments made by other entities in the NGSO FSS space, with representatives of both companies using them to bolster their arguments.

The FCC's current method for evaluating NGSO FSS system modification applications follows the standard set in 1999 for granting Teledesic LLC approval for modifying its NGSO FSS system. Teledesic, which had been granted authority to launch 840 satellites in the Ka-band for internet services, modified its application after it selected The Boeing Company as its primary satellite provider, with the modification reflecting the parameters of Boeing's products. In its decision, the FCC stated that since the changes did not cause interference with other satellite operators (primary geostationary operators) and that since it was deemed to be in the public interest, they were to be granted.

In its latest comments, Amazon asserts that these two factors are outdated and that they do not support the now matured state of the NGSO FSS sphere. The company also cites comments made by O3b, OneWeb and Telesat in RM-11861 where all three either acknowledge that the current rules are too broad in nature or that by filing a series of modifications that appear to be small individually but have a significant impact as a whole, companies can significantly upgrade their systems and harm competitors who intend to introduce such upgrades in later filing rounds.

O3b, for instance, states that, "the 1999 Teledesic decision is too vague to adequately address today’s dynamic NGSO FSS industry and the accompanying spectrum sharing issues", with Telesat accepting that the current standard is too "general". 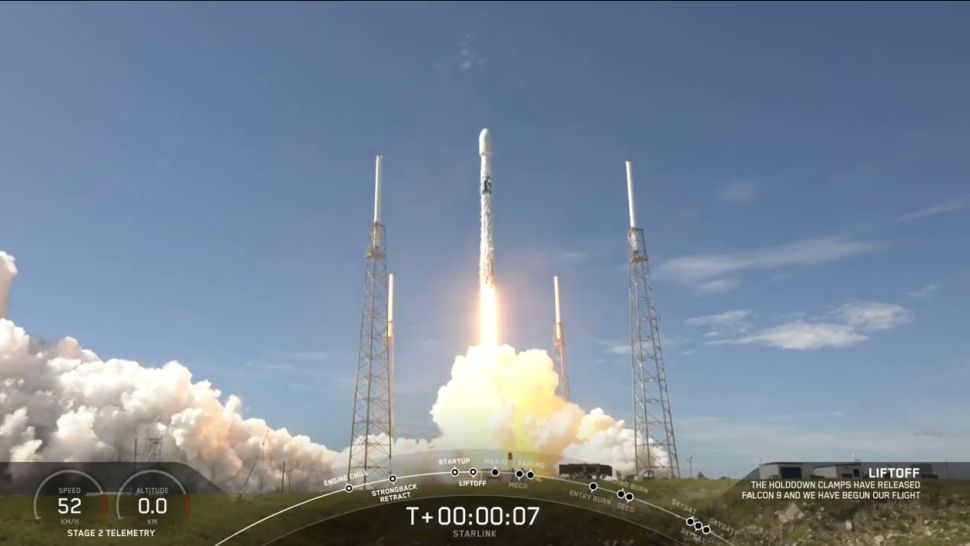 SpaceX launched the tenth batch of operational Starlink satellites on the 18th of this month on the Falcon 9 B1049 booster that has now reflown and landed for a record six times. The company has stated that the Falcon 9s are capable of ten launches with little refurbishment needed and can be launched up to 100 times before retirement. Image: SpaceX

SpaceX, which had proposed to the FCC in response to Amazon's original petition for rulemaking that the Commission specify in its rules that all modifications should be granted unless they cause significant interference, and modifications to significantly increase the number of satellites in a constellation be considered major, is directly the target of Amazon's comments made today.

Amazon asserts that SpaceX's proposals do not establish criteria for evaluating what significant interference entails, and more importantly, and together they provide applicants with incentives for filing speculative applications that cause maximum interference and consist of more satellites than needed in order to tone down both of these later to avoid the possibility of being placed in another filing round.

In its fresh comments, SpaceX continues to state that Amazon's proposed rules will hamper innovation in the NGSO FSS sector. Building on its earlier argument, the company points out that few commentators have supported the proposed rules and of those that have shown support rely on vague arguments. For instance, O3b which stated before the Commission that there should be no numerical limits to the number of modifications allowed is implicitly accepting that the FCC's current evaluation standards are fair when determining the harmful effect of interference states SpaceX.

It cites comments made by Telesat, Viasat and OneWeb as evidence of the lack of support for Amazon's recommendation amongst commentators. Telesat had noted in comments made last month that Amazon's proposal does not factor in the complexity of interference analysis, and Viasat had rejected the company's assertion that the current evaluation criteria is vague and asked the FCC to not change its rules since operators are in the process of deploying their systems.

SpaceX builds on OneWeb's comments by reiterating that Amazon's intention through the proposed rulemaking is simply to make up for it being unable to apply in the FCC's previous round. The company leads its reply by stating that the proposed changes will "freeze satellite systems in time as the world moves on below" and saddle Americans with spectrally inefficient systems.

Amazon's constellation of NGSO FSS internet satellites will be operated by Kuiper Systems LLC which is an Amazon.com Services LLC subsidiary. Kuiper's 'Project Kuiper' received FCC approval for a constellation of 3,236 satellites in July this year and to-date no Kuiper satellites have been launched. Image: Amazon

Finally, SpaceX also provides a three-tiered framework for countering speculative applications. This consists of setting deployment milestones enabling the measurement of specifications promised to specifications achieved against a set timeline, require non-U.S. applicants to pay a "fair share" of application fees for preventing speculative applications and establishing an interference standard to ensure that applications with specifications that cause interference are evaluated on spectral efficiency. SpaceX also requests the FCC to require non-U.S. applicants to also follow debris mitigation requirements which often require adjusting altitude and other satellite parameters.

So far, SpaceX leads the race in building a NGSO FSS constellation through deploying more than 600 Starlink satellites. OneWeb currently has 64 satellites in orbit and Telesat plans to start launching its Low Earth Orbit spacecraft late next year. Telesat's satellites are larger than SpaceX's with the total constellation size expected to stand at 300 satellites. Amazon is yet to launch a Kuiper satellite, with no definitive date available for launch. FCC's rules require the company to place at least half of its proposed constellation of 3,236 satellites in orbit by 2026 if it is to keep its launch authorization.