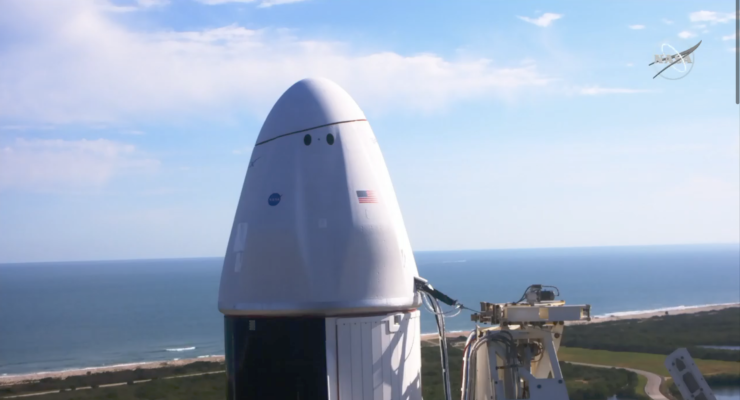 The Cargo Dragon visible on the Falcon 9 at NASA's Kennedy Space Center in December. Absent from the spacecraft are the Super Dragon thrusters that are responsible for the crewed variant's launch abort system. Image: NASA

Space Exploration Technologies Corp. (SpaceX) launched an upgraded variant of its Cargo Dragon spacecraft to the International Space Station today. The flight comes under NASA's Commercial Resupply Services (CRS-21) and it is the first time that the new spacecraft has taken to the skies. It also comes within a month of SpaceX and NASA's first official crewed mission to the ISS, Crew-1, which sent an international team of astronauts to join their peers as part of the Expedition 64 that is currently on board the space station.

Today's spacecraft, which is the second generation of the Cargo Dragon series, features a 20% volume boost over its predecessor, which in turn also allows it to double the amount of 'powered' cargo that it can deliver to the ISS. This cargo is temperature-sensitive cargo that is needed for scientific experiments on the space station and requires specific, controlled conditions for its storage.

The vehicle itself also increases its endurance and reusability over the first generation of SpaceX's Cargo Dragon vehicle. It will be able to stay on the space station for up to 75 days and can be reused up to five times according to details revealed by SpaceX's director of Dragon Mission Management Ms. Sarah Walker during a pre-mission teleconference yesterday. 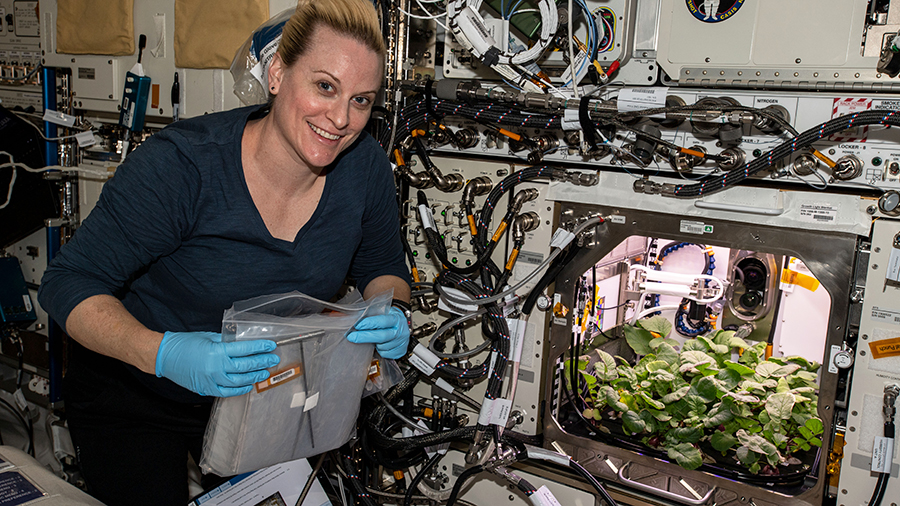 NASA astronaut Kate Rubins onboard the International Space Station as part of Expedition 64. In the image, Rubins is working on growing radishes in space. Image: NASA

Additionally, the new vehicle is also the first which SpaceX is capable of accessing through the crew access arm that is present at NASA's Kennedy Space Center and is generally used to let crew board spacecraft destined for space. This capability increases the time available to SpaceX for loading cargo on the Crew Dragon and allows its customers flexibility.

Finally, when it returns, the Cargo Dragon 2 will splashdown in the Atlantic Ocean which will reduce the time that it takes for the scientific experiments on it to reach the Kennedy Space Center, allowing researchers to separate the effects of the cargo reentering the Earth's atmosphere and the effects of it being present in space on the payloads. Splashdown in the Atlantic also reduces the turnover time for the vehicle, which is crucial for its reusability.

Payloads on the Cargo Dragon include a brand new airlock for the ISS, manufactured by Nanolock LLC, which is the spacecraft's primary payloads. This airlock is expected to increase the station's ability to deploy small satellites as it increases the area through which payloads such as satellites can pass from the station to space. It will provide five times the capacity that the ISS's current airlock that is used for similar purposes has.

Other payloads on the spacecraft include those that will allow for cancer research and research on the effect of space on human tissues. Cargo Dragon will dock with the ISS tomorrow as it completes its mission. The spacecraft completed its orbital insertion at 11:26 EST with the spacecraft separating from the Falcon 9's second stage four minutes later. Once the returns it will bring back payloads including a component for the treadmill that lets astronauts exercise, a valve for the station's Carbon Dioxide removal system and a cold stowage unit amongst others.