It’s been a few days since the SpaceX Falcon 9 rocket exploded on its launchpad in Cape Canaveral, Florida. The launchpad was called Space Launch Center 40 (SLC-40) and on 1st September 09:07AM the Falcon 9 rocket blew up into flames during a very routine engine firing test. The cause of the blast is yet to be known but SpaceX and NASA representatives have issued their fair share of statements regarding the incident. Luckily no one was hurt during the explosion, which shattered windows and knocked off sliding doors off peoples’ homes and destroyed Facebook’s satellite Amos-6 which was worth around $200 million. Elon Musk’s aerospace company’s launch schedule will be delayed a bit because of this unfortunate incident. But we hope they get back to their feet as soon as possible.

The blast took everyone by surprise and the team over at SpaceX started issuing brief statements via Twitter. Business Insider reported that they contacted representatives of SpaceX and inquired about the damage to the SLC-40 platform and the cause of the explosion. They also asked about the future implications that this might have on the company’s plans and got a response. The response started off with an emphasis on finding out the cause of the incident and to implement a future fix and then a promise to share all regular updates with the public as much as possible. 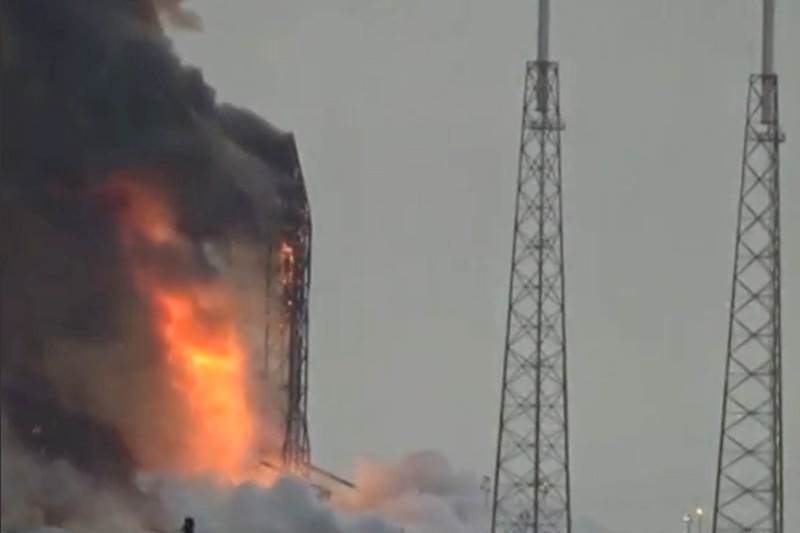 Here’s what SpaceX had to say:

The statement also covered the topic of SpaceX’s healthy business which has had around 70 missions on its portfolio which are worth more than $10 billion. They also regretted the destruction of Facebook’s Amos-6 satellite:

"We deeply regret the loss of AMOS-6, and safely and reliably returning to flight to meet the demands of our customers is our chief priority.”

“In the aftermath of yesterday's events, we are grateful for the continued support and unwavering confidence that our commercial customers as well as NASA and the United States Air Force have placed in us.”

The explosion took place eight minutes before a scheduled test firing of the Falcon 9 rocket at the SpaceX Launch Complex 40 at Cape Canaveral Air Force Station. The rocket was in a vertical position for launch and was being fueled during for the test firing. All data indicates that the explosion originated from the liquid oxygen tank in the upper stage of the Falcon 9 rocket. 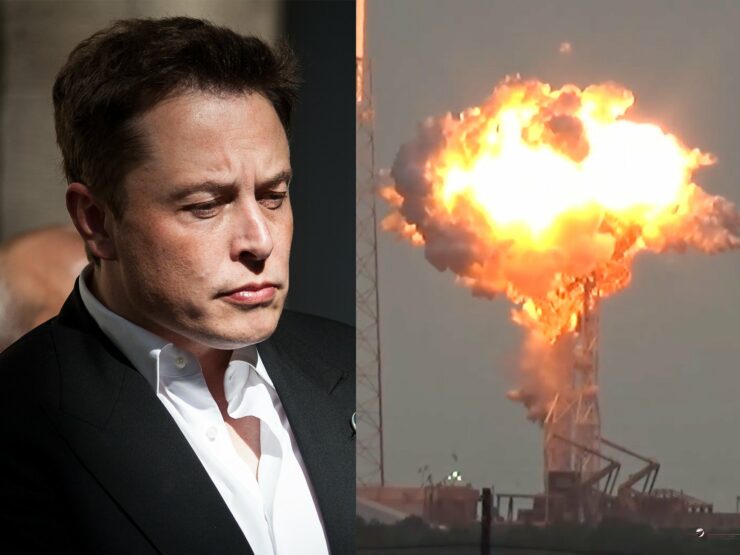 This explosion resulted in the destruction of the Falcon 9 rocket and damage to the SLC-40 launchpad. As per SpaceX’s SOP’s all personnel on duty were cleared off the pad before this incident happened so there were no injuries to report.

They further stated that:

"To identify the root cause of the [explosion], SpaceX began its investigation immediately after the loss, consistent with accident investigation plans prepared for such a contingency. These plans include the preservation of all possible evidence and the assembly of an Accident Investigation Team, with oversight by the Federal Aviation Administration and participation by NASA, the United States Air Force and other industry experts. We are currently in the early process of reviewing approximately 3000 channels of telemetry and video data covering a time period of just 35-55 milliseconds.”

Teams of SpaceX engineers are looking at the possible damages that the SLC-40 launchpad might have incurred due to this explosion. The damage is obvious but the extent is not fully known, so they are working on it and will soon share all possible details regarding the condition of the launchpad. With that being said the company representative also stated that other sites of SpaceX’s launchpads will not be affected by this incident. Even if the SLC-40 did sustain any serious damages there are two other pads which are in their final stages and are both capable of supporting launches similar to Falcon 9.

"Again, our number one priority is to safely and reliably return to flight for our customers, as well as to take all the necessary steps to ensure the highest possible levels of safety for future crewed missions with the Falcon 9. We will carefully and thoroughly investigate and address this issue."

Here’s what NASA had to say:

Business Insider also contacted NASA and asked questions regarding the consequences of this incident on NASA’s Commercial Crew Program (CCP). This program is one through which Boeing and SpaceX will design, test and build spacecrafts that will launch astronauts into the International Space Station (approximately 220 miles above the surface of the Earth). The CCP was made to replace the ability of the Space Shuttle Program that was lost in the year 2011. After which the agency had to pay millions of dollars to Russia and the ultimate goal is to prevent NASA from having to pay up to $81 million (forecasted) per seat for the program to Russia. 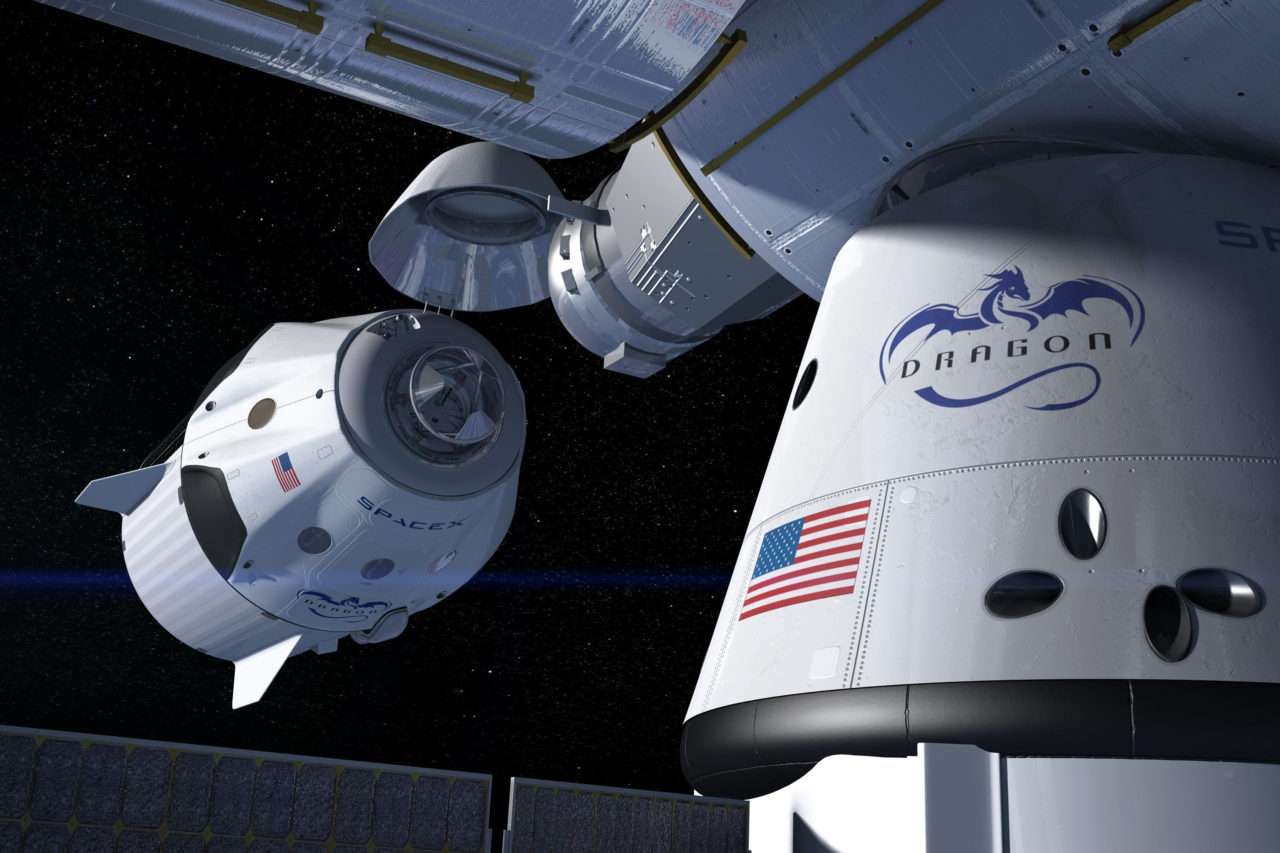 A spokesperson from NASA, Tabatha Thompson, told in the report on Friday that the space agency is still confident in its commercial partners. The agency expressed its concern for the incident and stated that it was too early to decide whether the incident will have any sever implications on the CCP. The spokesperson also stated that NASA gives priority to crew safety over the schedule of making these spacecrafts. All launch vehicles must pass NASA’s strict safety standards before they are given the green signal. The spokesperson further added:

"Both companies working with the Commercial Crew Program are required to carry numerous additional safeguards including a launch abort system that can be activated while the rocket is still on the launch pad. Those systems must be proven in flight tests before NASA will certify them for missions carrying astronauts. SpaceX tested its launch abort system from the pad successfully in May 2015. Both SpaceX and Boeing plan to further test launch abort systems in 2017.

"NASA and our partners remain committed to meeting the goals of the Commercial Crew Program." 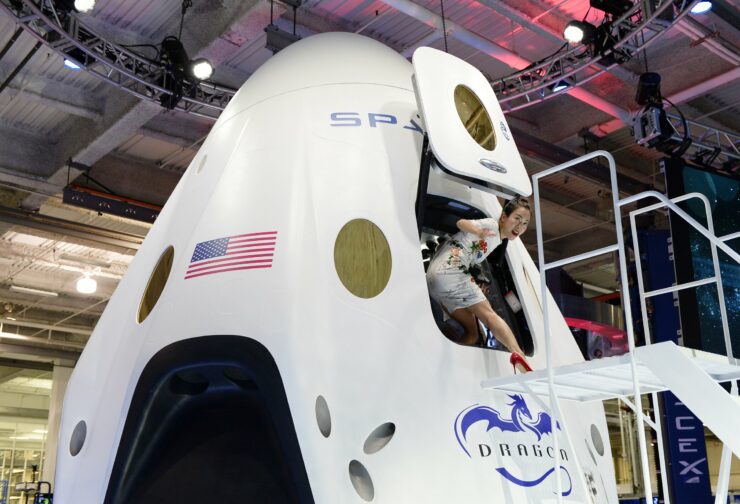 A model of SpaceX's Dragon Capsule; this will take astronauts into the International Space Station

This will surely affect SpaceX's business

SpaceX is still maintaining a positive face about getting everything back on track. But one thing is for sure, this will affect the business of the company. Mainly because SpaceX had planned six more launched from the SLC-40 launchpad starting from this anomaly till January next year. This will put in some delays on their schedule but they are adamant to be right back on track very soon. We will keep you updated if any further news about the launchpad or anything related surfaces. Till then let us know what you think about this and how do you think SpaceX will fare in the future? We would greatly appreciate your feedback.