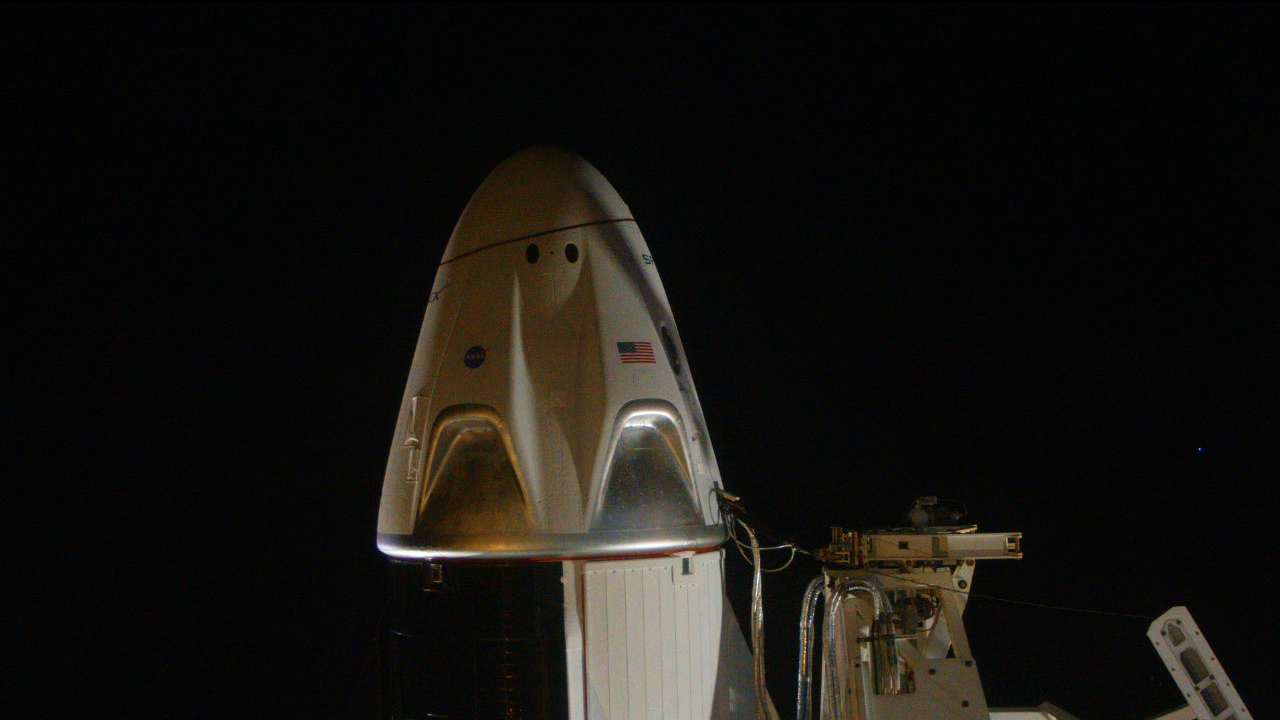 After launch from the Kennedy Space Center in Florida earlier in the evening, NASA and JAXA astronauts are on their way to the International Space Station (ISS). After the Dragon spacecraft separated from the second stage and started to configure itself for flight and alignment with the ISS, the spacecraft's thermal control system started to show off-nominal readings, which would mark the start of minor problems for the next couple of hours.

Soon after Crew Dragon was on its way to its destination, it started what is called the 'activation and rendevous operation phase'. During this, a pressure increase in a pump caused some alarm at mission control. Following this, the operator communicated with the spacecraft to inform the commander that:

Looks like during activation loop alpha had a pressure spike which caused FDIR (fault detection and isolation) to trip and fall over loop bravo. However, we do believe that loop alpha is healthy and we're troubleshooting to understand you know what our plan to recovery is and we're go for the burn and the current TCS (Thermal Control System) configuration.

Crew Dragon has two fault tolerances built into the system, and mission controllers were confident that the spacecraft would still be able to commence its engine firing ('burns') to maneuver its orbit for alignment with the ISS.

Soon after, mission control at Hawthorne, California confirmed that the problem was minor:

When questioned about the problem at the agency's post-launch press conference, NASA's associate administrator for Human Exploration and Operations Kathy Lueders replied:

What's amazing is in the first hour of flight kind of all systems are activated right, so the fault detection systems are working and what happened was it hit a FDIR (fault detection and isolation) and that kind of start to happens during system startups. and it did exactly what it was supposed to do. It flipped over to the second leg. We have a lot of redundancy in the system and then the team was able to go in and ended up clearing the faults and both legs are back up and running. So this is not a very...it's not an unusual thing to happen. When systems are started up like this, it's we all we go through the launch and then we kind of hang out for the first hour of Dragon activation. Cause it kind of does this amazing thing it goes through and checks out all the different parts of it and gives us a good health check for the spacecraft and as Gwynne said, Dragon is flying beautifully right now.

When pressed for more details in a follow-up, she elaborated:

Sometimes it's just a sensor issue right and it's just a startup sensor getting everything aligned. So actually nothing really happened to the system, it was kind of just a function of kind of running through and when you have all these checks in your systems doing all the checks, sometimes it'll hit a limit and then flip over and then you reset the pieces of it. So actually we have two good loops now and the system's working great. Like I said it's just a little bit of a startup glitch.

The second problem appeared to be more serious initially. An hour or so after the initial problem, mission control informed Crew Dragon that propellant (fuel) heaters for the vehicle's Super Draco thrusters were not functioning properly, with three of the four for one quadrant being disabled.

Specifically, according to the operator:

Dragon, SpaceX non-time critical, but we do have some words on prop [propellant] heaters.

Operator: Okay, we did see three line-heaters are reading high-resistance. So they are currently marked [inaudible technical jargon] by the software. We do have a team looking into it to look at recovery options. The implication here is there is a flight rule that requires us to have at least two of four working. Currently, three of four of the same quad are disabled. Temperature margins are looking okay. But that is something we are investigating.

Later on, mission control confirmed that the problem, which was related to the heaters that warm the fuel fed to Crew Dragon's Super Draco thrusters did not only affect docking, but it would also affect free flight. He then informed the astronauts that SpaceX had a full team working on the problem.

Following this discovery, SpaceX's teams worked on the problem and once the issue had been resolved, mission control confirmed to Crew Dragon that things were back to normal. During this process, the company's engineers also enabled the heaters with higher resistance limits for gathering additional data to solve the problem. During this time, the astronauts reported that fuel temperature stayed at 75˚F and SpaceX mission control corroborated the readings.

Once the problem was solved, the controller, who also referred to another TCS bug during his message informed Dragon that:

Dragon for the TCS loop bravo caution, this was due to configuring the warmer mixing mode. We were slightly too cold prior to the transition. We'll be clearing the alarm status and bring both loops back to nominal configuration. [After Dragon copies] And secondly, we're able to recover the prop line heaters and are back to full fault tolerance.

NASA's communications specialist Leah Cheshier stated that a "conservatively set limit" that was adjusted later on was the cause of the propellant heater problem. She confirmed that the propellant temperatures never dipped below normal values and were above certified limits, therefore ensuring that the astronauts were safe at all times during the flight.