Music is one thing within video games that has evolved drastically over the past decade. Soundtracks have become slight after as a composition medium even for some larger more favors composers, and indeed game soundtracks have come a long way from their simple yet memorable beginnings to the multi pieced orchestras of today. 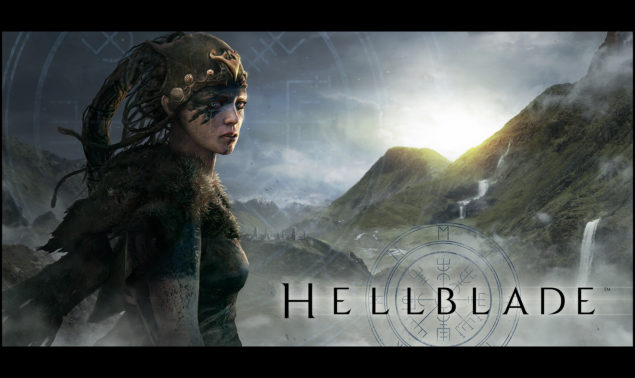 Hellblade should have one absolutely amazing soundtrack with Andy Leblegua in charge of it.

For them, they enlisted the help of Andy Leplegua, the founder of Icon of Coil, Combchrist and Panzer AG, to spearhead the development of their soundtrack. A great opportunity for such a talented musician. Andy Leplegua and Combchrist were contracted to do some of the soundtrack of Devil May Cry, the critically acclaimed reboot of the Devil May Cry series of games.

The initial pieces of music that can be heard throughout the developers diary are all very dark in nature and seem to evoke feelings of melancholy and anger. It’s very warlike and intense in its sound. In a very good move, the developers have given Andy Leplegua access to the entire story and the characters so that he may customize the sound to help give more depth to the characters and to highlight big moments in the game. Andy really seems to be going to great lengths to offer a very large and, well, epic feel.

They wanted him to develop music that has a Viking feel to it for combat scenes that may feature Vikings, though Andy insisted on working on the entire soundtrack in order to maintain a more consistent and seamless experience.

So it does cause me to raise my eyebrow as to what direction they are taking and why they are taking it with their soundtrack. While I appreciate the dark mood it sets, Celtic music differed greatly from that of the Vikings and they are not interchangeable.

That being said, the music presented is actually quite good, and I am certainly a fan of Andy Lepeluga and his talents. The previous soundtracks from Ninja Theory have all been a very large part of the overall experience, and have been memorable.

Hellblade currently doesn’t have a release date, though we can expect it sometime this year. The game should feature a fluid yet brutal combat system with deep character development and a very inspired story. If it’s like Ninja Theory’s past games, then it should actually prove to be quite nice. It follows the protagonist, Senua, on her journey through the Celtic underworld in what seems to be the dark ages. Curiously, Senua is a common misspelling of the Celtic goddess Senuna, who archaeologists believe is very similar to Minerva, though no real record of anything more than her existence has been found yet.