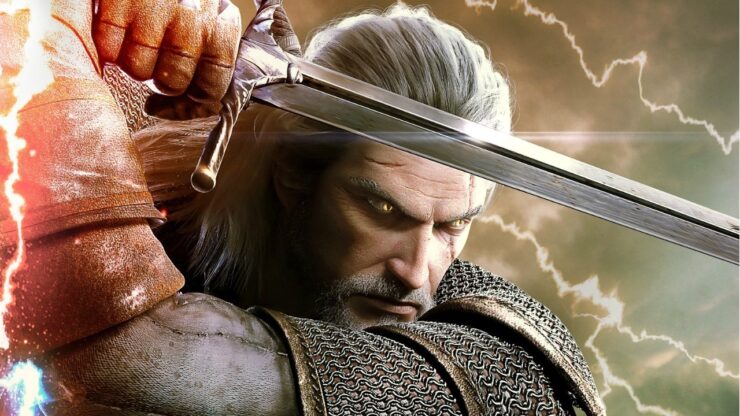 The Witcher fans were very happy to learn a few weeks ago that Geralt, the beloved main character of the stories written by Andrzej Sapkwoski and the games made by CD Projekt RED, would make a guest appearance in Bandai Namco's upcoming fighting game Soulcalibur VI. He'll also have his own stage of Kaer Morhen, the witcher stronghold.

Interviewed by Official Xbox Magazine (issue 163, May 2018) Soulcalibur VI producer Motohiro Okubo praised CD Projekt RED and their games based on The Witcher.

We have not felt pressure, but more so a sense of mission. There are many fans of Witcher and it’s the best game featuring a Middle Age-style world. It’s just natural for gamers to think ‘I’d like Geralt to fight in a weapon action game.’ We have to meet their expectation.

Marcin Momot, Community Coordinator at CDPR, explained how the collaboration came to be.

The Soulcalibur series is known for featuring awesome guest characters, it’s one of the series’ staples. As a fan myself, and someone who’s involved with The Witcher games, I always thought Geralt would be an awesome addition to Soulcalibur’s fighter roster. And then Bandai Namco reached out with the idea – we worked together on previous Witcher games – of having Geralt in Soulcalibur VI, which, at the time, wasn’t announced yet. We have a lot of fans of the Soulcalibur series in the studio, myself included – it was a great opportunity for folks on the team to contribute to something they’re passionate about. Most importantly, we thought this is something that The Witcher community would really enjoy.

The folks at CD Projekt RED worked extensively to make sure that Geralt would be properly implemented in Soulcalibur VI with his signature fighting style and move set.

Our role was making sure that the Geralt in Soulcalibur VI moves, feels and – ultimately – plays like Geralt from The Witcher 3. And it’s not as simple as one might think. It’s not copy-pasting something from one game to the other. Timings, perspectives, responsiveness – these work very differently in a fighting game and in an open world RPG. Basically, in order to make this work, it boils down to having to go back to the drawing board on many things. We decided to start with a detailed brief on the character – who he is, what he’s like, why he moves the way he does and so on.

We also shared dozens of The Witcher 3 assets with creators of Soulcalibur VI as part of that briefing. We wanted artists at Bandai Namco to have ample source material to use as reference when working on Geralt’s model – his weapons, animations etc. Everything needed to be perfect. It’s the little things that sometimes make all the difference. We’ve helped with the hair, face and body – little tweaks here and there. I think they really did an outstanding job transitioning Geralt into the world of Soulcalibur.

Aside from providing art and assets and reviewing those, there’s more that went into the process. We worked on polishing proposed battle barks and dialogue in cutscenes, oversaw remotely the recording of Geralt’s voice for these lines, and generally acted as ‘lore keepers’ for Geralt’s appearance in Soulcalibur. I was thrilled to hear Geralt would be traveling to a new plain and embarking on an adventure there. It seems a nice extension and a fuller fleshing out of the kind of travel through time and space he did with Avallac’h for a brief spell in The Witcher 3. And from what I’ve seen, I must say that Geralt seems very much himself and not at all out of his element in this world. Kudos to the developers for the idea and its subsequent implementation.

Soulcalibur VI is this year's most anticipated fighting game. There's no concrete release date yet, but the game will be available for PC, PlayStation 4 and Xbox One.