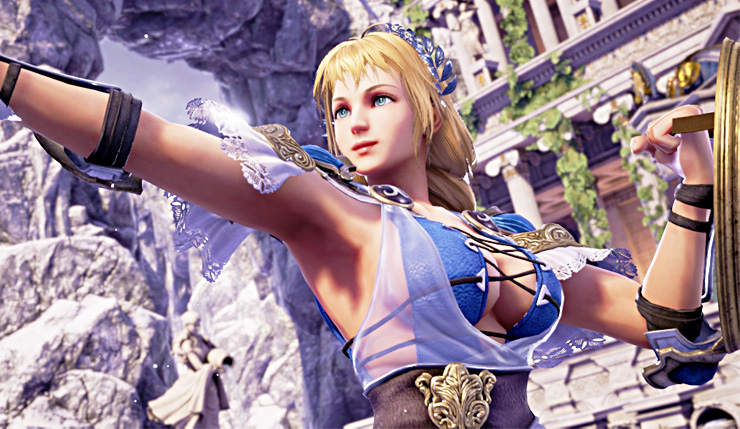 Soulcalibur VI is coming our way in 2018, but Bandai Namco isn’t waiting until the new year to drum up hype for the new fighting game. Soulcalibur VI producer Motohiro Okubo recently revealed a few interesting tidbits about the game in an interview with British newspaper Metro. Okubo reiterates his desire to please both new and returning fans, and hints the game will have a full story mode, but his comments about the possibility of a Nintendo Switch port is arguably the highlight.

“Soulcalibur VI development started more than three years ago. And nobody knew anything about Switch back then. So, we are not working on Switch, as of now. But of course, personally, I’m interested in the platform. If the Unreal Engine can adapt to Switch, then maybe the possibility will be [there].”

The Switch has been specifically designed to work with Unreal Engine 4, fighters aren’t quite as demanding as some other types of game, and Bandai Namco has worked with Nintendo on Smash Bros. and Pokkén Tournament, so a port of Soulcalibur VI definitely isn’t out of the realm of possibility. And hey, everybody wants to throw down as Link again.

The Metro interview also touched on the Soulcalibur series’ penchant for full-figured female fighters and improbable outfits. Clearly Sophitia is keeping her battle attire, uh, breezy, but will other characters like Ivy change with the times? Okubo dances around the question a bit, but it seems like the answer is “no.”

“[Long pause] I understand that there are different opinions about [characters like Ivy]. So, I think what’s most important is how you want to express and design such characters, and not just the female characters. But I still want to keep the body shape and the atmosphere, [and] backbone of each character.”

A number of outlets have also been able to go hands-on with Soulcalibur VI. YouTube channel Game Clips and Tips recently posted 10-minutes of footage, which includes a first peek at the game’s character select screen (which has 20 slots) and stage select screen (12 slots). We also get a look at some new gameplay features, including the “Lethal Hit” armor break feature. Check it all out, below.