When it comes to smartphone flagship, no device seems to be safe from the dozens of leaks and rumors that we get to see on nearly a daily basis. We've seen device ranging from Samsung's Galaxy S6 Duo, to Apple iPhone 6 and even Xiaomi's Mi series flagships get leaked in entirety prior to launches and the trend shows no signs of stopping. Today its Sony's turn, as some pictures depicting the next Xperia, alongside some specifications, all of which you can take a look at below. 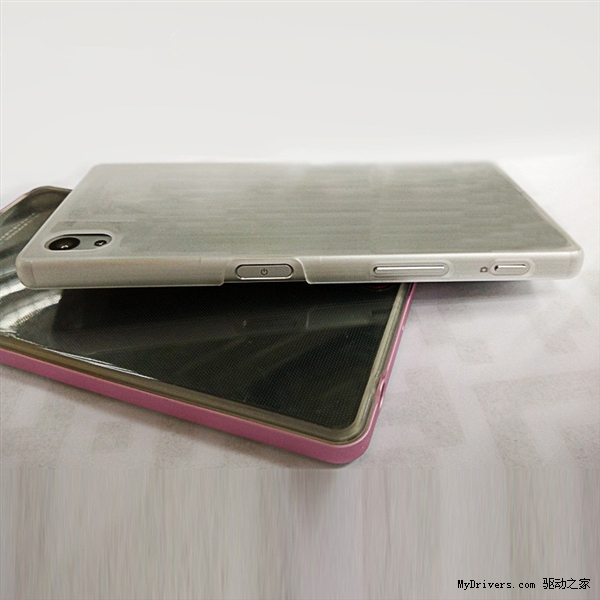 Sony's Xperia Z5 will be the latest in the line of flaghship smartphones from the Japanese manufacturer that have seen a decrease in popularity lately. Seems like Sony isn't that much focused on its mobile devices, as it is in its other areas of expertise, and the resulting decline of the Xperia series is here for everyone to witness. The device has already seen a couple of leaks so far and we know quite a bit about the device until now.

So far the Sony Xperia Z5 is said to be coming with the Snapdragon 810 on board, which already makes the device sound outdated as Qualcomm itself has started to share details about its next SoC, the Snapdragon 820. Judging from today's images, the Xperia Z5 will be following the same design language as its predecessors but it'll also be coming with a fingerprint sensor embedded in the power button, as can be seen in the image above.

There's also a headphone jack on the top and judging by the bottom of the device, there won't be Type-C connectivity on the device either. All of which makes us wonder on what feature on its device does Sony expect to stand out from the competition and whether there's any serious focus on the Xperia lineup from the Japanese manufacturer at all. Interested in the Sony Xperia Z5? Let us know what you think in the comments section below and stay tuned for the latest updates.