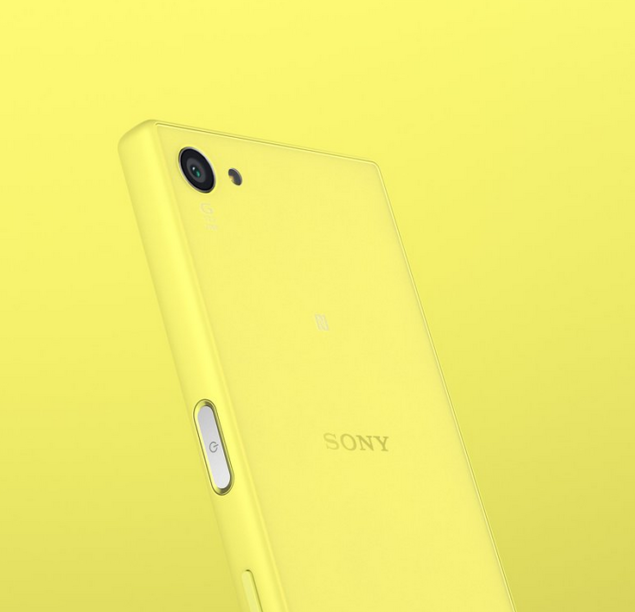 Xperia Z5 Compact Comes With A 4.6 Inch Screen Size, 720p Display, And A Plethora Of Impressive Hardware And Features

For consumers who wanted to snare themselves a powerful, yet small screen sized mobile device that can slip in to their pockets easily, then Sony Xperia Z5 Compact is just the device for you. Its 4.6-inch screen size is running a resolution of 1280 by 720 pixels, which in other words mean that the smartphone will be able to retain its impressive image quality thanks to the small screen size. Additionally, when it comes to serious processing capabilities, Xperia Z5 Compact has got you covered all the way.

It features a Snapdragon 810 along with 2GB RAM (which is 1GB less than what is present on both of its large screen sized cousins). For storage, Sony has incorporated 32GB of on-board memory, but has also included tons of flexibility by allowing users to expand their external storage up to 200GB. Due to its compact size, Sony did have to make some sacrifices along the way, with the most notable one being the 2,700mAh battery, which is much smaller compared to the capacities present on the remaining devices. However, the company still states that users will be able to rake out 2 days of battery life from it.

Just like Xperia Z5 Premium and the regular Xperia Z5, Xperia Z5 Compact is waterproof, dustproof, features a Cat 6 LTE modem, and is running Android Lollipop 5.1 straight ‘out of the box’, which makes it highly eligible for an Android Marshmallow upgrade in the future. However, perhaps the most stand-out feature of the smartphone happens to be its 23MP rear camera sensor; a sensor that is present on both of its larger screen sized variants.

The best part about Xperia Z5 Compact is that the company did not cut corners since this camera sensor has all the goodies that were present in the company’s remaining two phones. This is not something the companies follow most of the time, and it is something that Sony should be highly commended for.

There is also a Bluetooth 4.1 module present, and consumers will be able to purchase the smartphone in the single and dual-SIM variants when it hits markets during the month of October. We believe that Sony Xperia Z5 Compact provides a complete balance between a compact form factor, mobile computing performance and high-performing image snapping capabilities.

What do you guys think of the 4.6 inch smartphone? Let us know your thoughts.