Sony's flagship Xperia lineup has been no less than a huge success for the company. Considered as the poster phone for its amazing camera for any smartphone to have, the latest Sony Xperia Z3 features all the high-end specs expected from a 2014 smartphone. The device has just landed and there is already the talk of Xperia Z4 gaining momentum. Latest reports suggest that Sony has started working on the device and would make Sony Xperia Z4 much much better than the previous models. The sources also claim that Sony is ditching the plans of pushing out a flagship device every six months and 2015 will only see only Sony flagship - the Sony Xperia Z4.

Sony Xperia Z4 to be a true leader in the pack:

It is in fact a good decision at Sony's end as there is not much a company can offer in the six months cycle. The hardware technology has potentially reached a break point with only smaller advancements coming over the time. Add in a six month cycle, the device cannot come as a completely different product than its predecessor and would lack the punch. Sony is thus trying to make the Sony Xperia Z4 a perfect device for its consumers. The sources have also suggested the expected specifications of Sony Xperia Z4 and here are some:

The 4 GB of RAM is rumored to be there to take full advantage of the 64-bit architecture of Android Lollipop. Sony is rumored to use a new curved Exmor camera sensor that offer an even better smartphone photography experience. The source of this particular specs package also reports that Sony is planning to put amplifiers similar to HTC BoomSound for a premium audio experience. 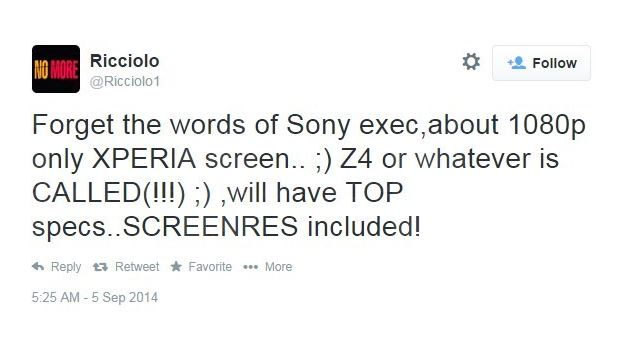 While there are always the proverbial salt and pepper shakers around us when such rumors hit, but the source has given some spot on Sony Xperia Z3 Compact news bits in the past. We expect to at least see some of this information to be correct. If Sony is ditching the six month cycle, it would definitely be trying to create some edge in the upcoming Xperia Z4.