The Xperia Z2 and Galaxy S5 are both flagships expected from both giants this year. While there have been much speculation about these next gen android smartphones, nothing beats concepts, especially if the concepts come from reliable designers. Although i think its worth noting here that both Xperia Z2 and Galaxy S5 might not be the names Sony and Samsung finally decide to go with. 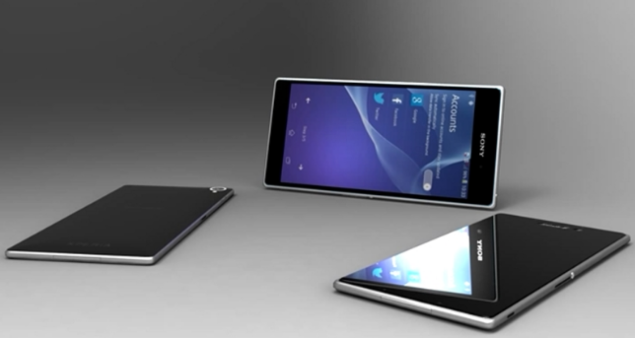 It goes without saying that both these handsets will be pointed toward the high end spectrum of the market. Therefore they will come in direct competition with each other, and while  Regardless of that, the two handsets will definitely be direct competitors in the high-end segment of the market. And while the insides do matter, it has been proven countless times that aesthetics play a very important part in the final decision.

The first concept comes from T3 and has been made and rendered in 3D. As can be expected from a realistic concept, T3's Samsung Galaxy S5 isn't far from real life Galaxy S4. The major differences include the aluminum body and thin bezels around the display. The display in this particular concept is a 5-inch 4k Display. Though personally speaking, that is a bit far fetched, not to mention redundant as there's only so much detail the human eye can notice in 5 inches. It does include Samsung new Magazine UX which was revealed on the Galaxy TabPro and Galaxy NotePro. Without further ado here is the video:

The Sony Xperia Z2 concept on the other hand was made by Jermaine Smit. His vision shows the Xperia Z2 equipped with a 5.2 inch display and a "wrap-around-screen-message-indicator". He has also listed the specs which are: