Sony launched its latest PlayStation 4 console just around a week before Microsoft's Xbox One was available in the markets, but the Japanese platform holder first officially confirmed the existence of PlayStation 4 months before Microsoft could do the same for the Xbox One. Of course, most gamers do not care much about why Sony announced its eighth generation video game console before Microsoft, but that does not mean it was not beneficial for the company to do so. 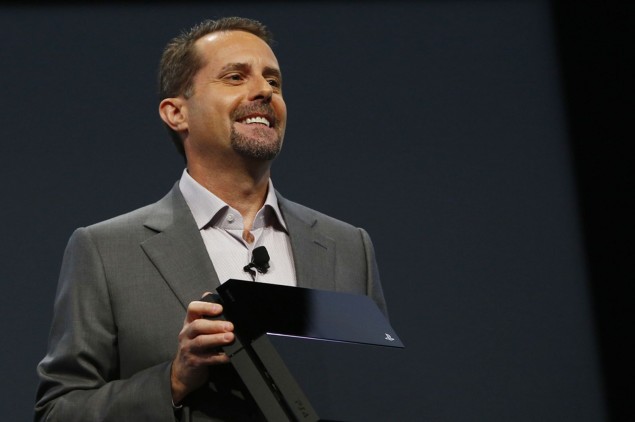 Sony's Andrew House Explains Why Sony Wanted to Announce PlayStation 4 Before Xbox One, and Why the Console Wasn't Showcased

The PlayStation 4 console was first officially announced by Sony during PlayStation Press Conference that was held on February 20, 2013. Around 3 months after the PlayStation 4 announcement, Microsoft revealed its eighth generation Xbox One console. After the reveals, there were not much talks about why Sony decided to announce its console before Microsoft could do the same but in the months that led to the next-gen console reveals, there indeed was a lot of back-and-forth about which company would take the lead and come out with its eighth generation video game console, and like we all know, Sony did the honors first.

Announcing PlayStation 4 before Xbox One could make its debut was not something very simple, and at the ongoing Develop Conference in Brighton, Sony Computer Entertainment's Group CEO, Andrew House, explained why the company decided to get on the stage first and let the gamers know that the next console in PlayStation line is PlayStation 4.

"I think we were probably earlier in the announce than we have been previously, and that was very deliberate. I wanted to be out there first with the first announcement for this generation so you've got an opportunity to stake the ground and hopefully take something of a leadership position. Again, we'd had the experience of launching later than our competitor and that played very heavily to many of the thought processes and decisions made about PlayStation 4."

The overall reaction to the PlayStation 4 announcement event was undeniably positive, but still, there was one thing that slightly confused both the normal gamers and industry officials. Sony did not showcase the PlayStation 4 console itself, instead, just the DualShock 4 controller was revealed and described. Articles that followed assumed that Sony saved something back to counter Microsoft's inevitable Xbox reveal, however, according to House, the truth is much more simple.

"This is one where I think honestly we were a little caught off guard and wrong-footed. If you look back at our history of previous reveals, we generally always went with explaining what the concept would be, articulating what package the overall consumer experience was going to be and then later revealing the hardware. So this felt very natural and normal to us."

House also explained that the original design for PlayStation 4 failed to impress him, so he offered his feedback to the design chiefs and asked for some new ideas from the drawing board, as a result, five new sketches were brought forward, all of which House thought were on the mark. After the choice went down to just two, House found himself unable to make the choice. To ease this part, he asked for two mock-ups to be made, which then sat in his office for weeks before he agreed with other Sony officials on the parallelogram that we know today. House admitted that his gut feeling was what made him select the winner.

"My benchmark at the end of the day was knowing I was going to get up there at E3 and have to do this," he said, raising his arms aloft. "What would I be proudest holding?"