One of the things that PlayStation users complained about the most in past few months was the lack of new features in the PS4 firmware updates. However, listening to fans' feedback, Sony finally announced a major PS4 firmware update v2.00 yesterday during Gamescom 2014. Arriving in Fall 2014, the new update will come packed with a wide range of fan requested features, yet still, there is no mention of some very important features such as suspend/resume and DLNA/multimedia, and this is upsetting the fans. 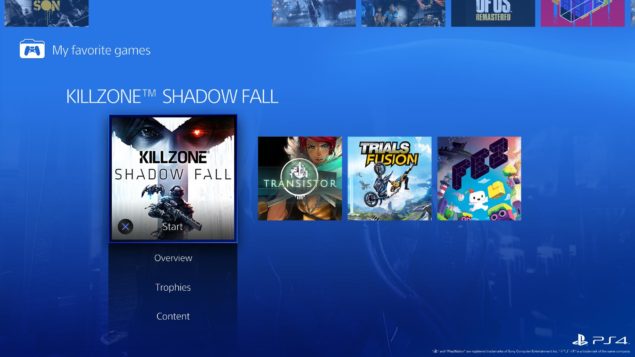 Sony's PlayStation 4 console is dominating almost every aspect of the console gaming right now, but there are some corners where Microsoft's Xbox One takes the lead, such as getting new improved features via frequent updates. Sony has been very drowsy in introducing new features for its latest video game consoles through updates, but after protracted yelp of fans for new features, Sony finally went forward and came up with the good news.

Yesterday during Gamescom 2014, Sony announced a major PS4 firmware update v2.00, that will bring some most-demanded features to the latest console in Fall 2014. Some of the upcoming features include the ability to share gameplay videos directly on YouTube, the ability to remote control PS4 titles on internet, and Share Play feature that allows players to play online co-op games even if their friends don't own the game in question.

The actual announcement for the upcoming PS4 firmware update v2.00 was made on the PlayStation Blog, but other than the shared details, there was no mention of some very important features such as suspend/resume and DLNA/multimedia. The lack of details on these features left PlayStation 4 users unhappy and they took it to the PlayStation Blog to let out their frustration on the topic.

One user commented, complaining that Sony is constantly ignoring the feedback of its fans, and that the upcoming update is missing out on features like suspend/resume and DLNA/multimedia. Scott MacCarthy, Director, Product Planning & Software Innovation, SCEA replied to this comment and mentioned that the Japanese platform holder is hearing its fans, and that a better PS4 UI and organizing content is on the roadmap. He also said that there is "more to come," hinting towards more important features that might come with the PS4 firmware update v2.00. 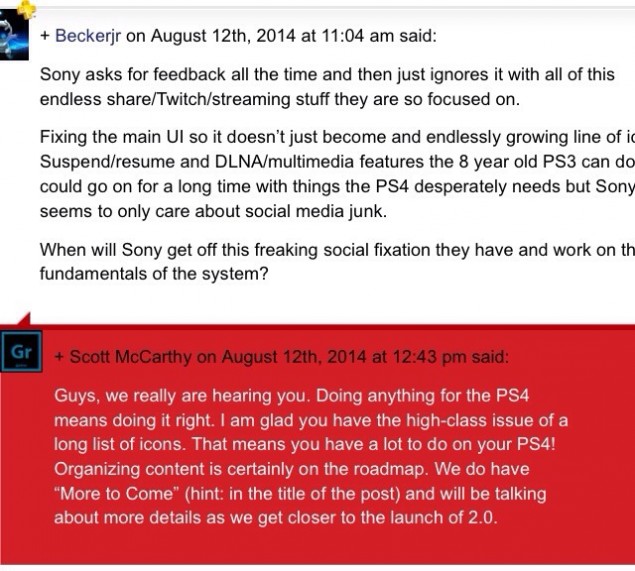 Another user also commented asking Sony to consider adding these features to the console as well with upcoming PS4 firmware update v2.00: "External HDD Support, MP3/Video File Support, Game Folder and Allow Sub-Accounts to use Share Upload Features." To this, Scott replied: "Thanks Zookey – PS agrees those are suggestions to pay close attention to."

What do you think about the upcoming PS4 firmware update v2.00? Share your thoughts in the comments section below.