In the ongoing console war, it is rarely the case that you find one big player making the use of something that originally belongs to, or is part of its peer, and even if such a case comes to pass, fans and critics don’t let it go by without a beat. It looks like this time Sony needs a little help from Microsoft to protect the multimedia content found on PlayStation video game consoles from getting into the wrong hands, as the Japanese platform holder has just put up a listing that seeks a skilled person who can help in porting and implementing Microsoft’s PlayReady, a well-known content protection DRM solution, across all three major PlayStation consoles. 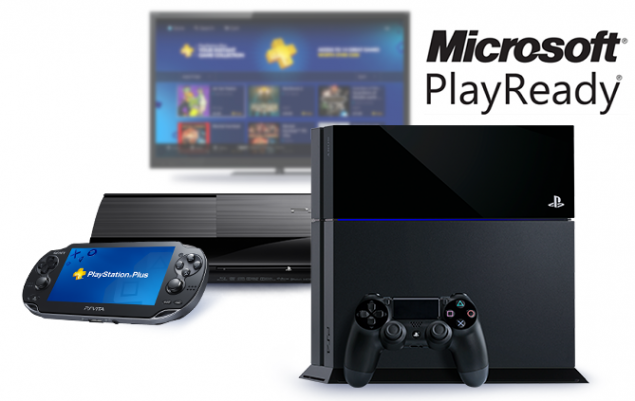 For those of you who are unaware, PlayReady is a lucrative and effective content access protection digital rights management technology from Microsoft. First launched back in 2007, the technology is the result of huge investment and over a decade of innovation. PlayReady allows content providers to deliver stuff, such as music and videos, in a way that limits users’ options for spreading it around and using it for commercial use without any proper authorization. The DRM solution is currently being used in several services provided by Microsoft itself as well as by different studios, entertainment industry, broadcasters, service providers, and mobile and CE industries.

“The primary role involves securing a well-known DRM solution [PlayReady] to be used on PLAYSTATION®3, PlayStation®4 and PSVita™ for multimedia applications. You will be part of a small team composed of other software engineers based in London. You will work with this team to enhance the implementation and support integration. This is a contract role with the possibility to extend its duration.”

Reading the job description, it seems like Sony will apparently use PlayReady DRM technology only for multimedia protection such as music and video content, and it most likely won’t be used for digital games. That being said, we can’t say much right now, but Sony using a technology developed by Microsoft isn’t much of a surprise, knowing that the Redmond-based multinational corporation is a veteran and one of the best software applications developer, and its gaming division has little to do with the main business.