Sony Lawyers Going To The Limits: Threaten To Sue Anyone Who Posts PS3 Jailbreak Code

As of Friday, Sony is threatening to sue anybody posting or “distributing” the first full-fledged jailbreak code for the 4-year-old PlayStation 3 gaming console.

What's more of an extreme measure, the company is demanding that a federal judge order Google to surrender the IP addresses and other identifying information of those who have viewed or commented about the jailbreak video posted on the YouTube page. Sony is also demanding Twitter to provide the identities of a host of hackers who first unveiled a limited version of the hack in December (Referring to the fail0verflow team here). 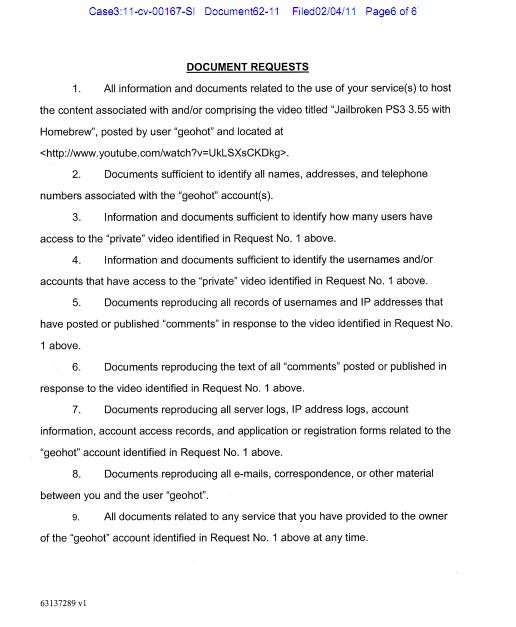 Sony’s aggressive pretrial discovery demands come in its lawsuit against Geohot (George Hotz). The 21-year-old New Jersey hacker, who is well known in the jailbreaking community for making jailbreak programs for Apple's iPhones, published the finished PlayStation 3 code and a how-to YouTube video last month. The code enables the Playstation 3 to play pirated and homebrewed games.

“The discovery they call for in my opinion is overbroad,” Hotz’ attorney, Stewart Kellar, said in a telephone interview. We'll keep you updated on further happenings!