Sony: We were “Dancing in the Aisles and High-Fiving” When Microsoft Announced Xbox One with $499 Price Tag

At the time of their launch, Sony and Microsoft's respective PlayStation 4 and Xbox One consoles broke several sales records and went through the expectations of the manufacturers. Sales turnout was immense and both the latest consoles kept setting new records in various regions even after months of their launch. However, Sony's PlayStation 4 almost always hovered above the Xbox One in various regions due to its lower price point. What was Sony officials’ reaction when Microsoft first announced Xbox One with $499 selling price? Well it is pretty obvious, they were all very glad and captivated. 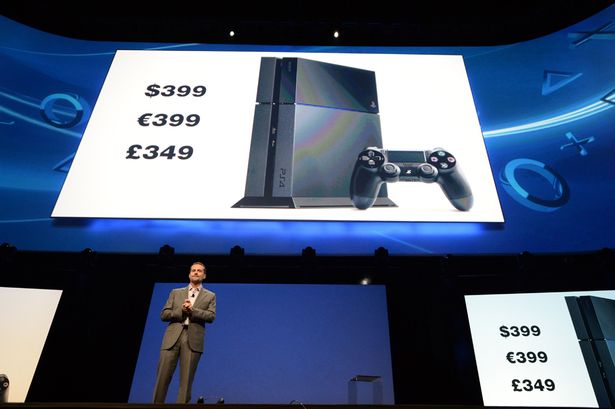 Microsoft lost a considerable amount of fans due to the original $499 price point of its latest video game console. A large number of gamers who had to choose between the two latest consoles favored the PlayStation 4 just because of its lower selling price. Fortunately, Microsoft didn’t take long to realize what the people want and listening to the fans’ feedback, the platform holder announced a kinect-less Xbox One bundle that went on sale for $399 just before E3 2014 kicked off.

The original Xbox One bundled with the newer version of Microsoft’s motion sensing peripheral is still up for sale at $499 but now those who want to buy only the console have the option to pay $100 less for the newly released bundle. Price point of both latest console is same so now Sony apparently won’t be able to attract more gamers due to lower PlayStation 4 cost. Nevertheless, talking with Scott Rohde, the head of Sony Worldwide Studios America, Arstechnia asked him about his reaction when he first heard that Microsoft will launch the Xbox One for $100 more than the PlayStation 4. Rohde said:

"I'm not gonna lie. I remember exactly where I was. We were in press conference rehearsals last year. We had a feeling they were going to come in at $499, but we weren't sure. So yeah, we were dancing in the aisles and high-fiving. It was great. Anyone that came in on an interview, it didn't matter what the question was, I could always just answer it with $399. It was the answer to every question."

Rohde further explained that Sony started working on PlayStation 4 hardware design way back in 2008 keeping the $399 price tag inflexibly in mind and Shuhei Yosida, the President of Sony Worldwide Studios also supported the idea. The company had learned enough lessons from its last-gen PlayStation 3 console and thus, the lower price point this time was inevitable.

"We thought we could overcome Microsoft in the previous generation because the first Xbox didn't have that great market penetration, and PlayStation 2 was so dominant in that era. We wanted a machine in PlayStation 3 that was amazing, that could do everything, and completely misjudged how much the market could bear in terms of price point. Also, coming out a year late, it took us some catch up to get where we needed to be. But we're proud of where PS3 ended up and how it's still going strong today."

To be more competitive in selling cost, Microsoft has now released a Kinect-less Xbox One that can really, even if by little margin, hurt PlayStation 4 sales. Rhode expressed his thoughts on this fact saying: "I think that, to be truthful, we always assumed that eventually they'd have to release a SKU without a camera. So we were waiting for it to a degree, and we were ready for it.”